Despite my blog's name, I really haven't done many non-sewing crafts in recent years... but this year is different! 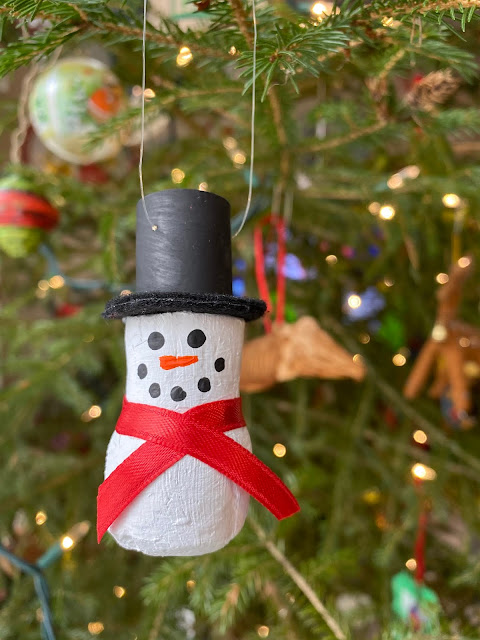 As I mentioned in my last post, I'm currently working long hours from home, and my home "office" is in my sewing spot. So when a 10 - 11 hour day of work is over, I want to get the hell out of there, which definitely has an effect on my sewjo! But I still like to keep my hands (and mind) busy, so I've been digging into other crafty endeavors. 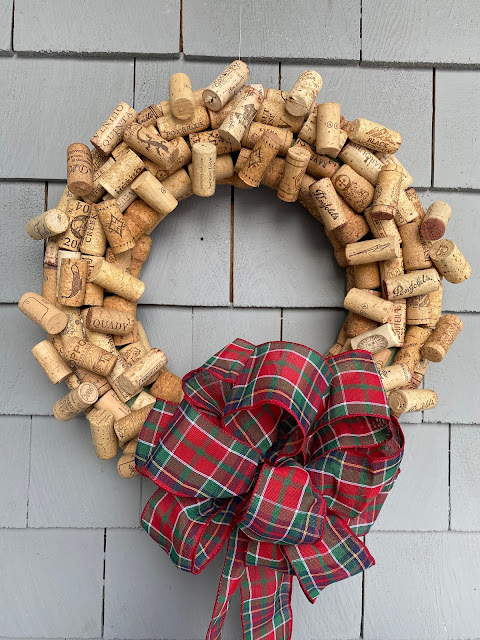 We had this massive jar of wine corks I've been saving for years, with no particular purpose in mind. I  knew they had to have some sort of crafty utility, but I just hadn't settled on the project until this month: a wine cork wreath and some champagne cork snowman ornaments! 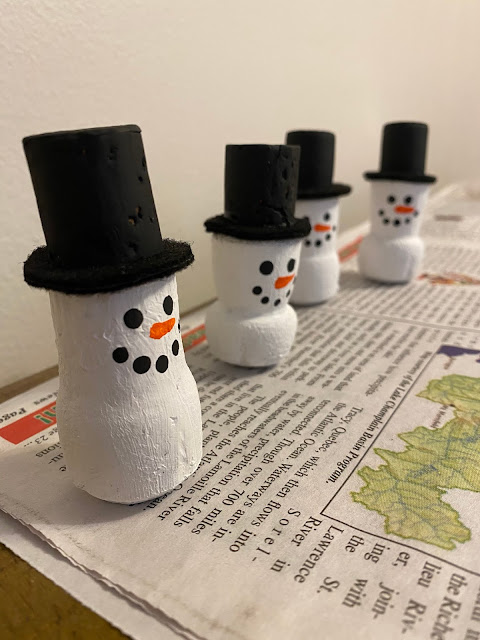 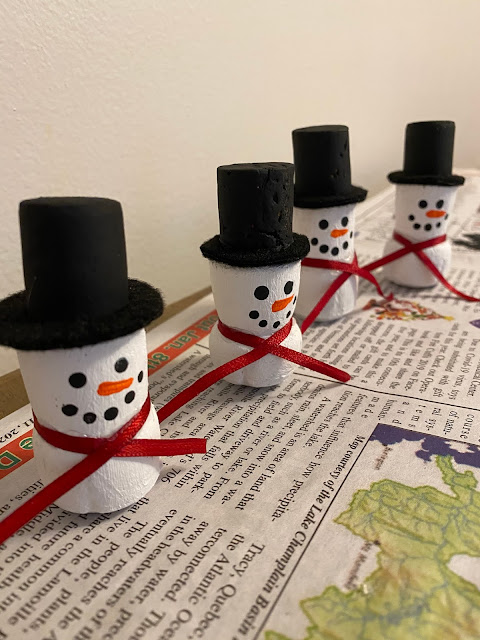 The snowmen were a team effort... Tim painted the champagne corks white while I worked on the fiddly bits: felt brim hats made from a cork cut in half and painted black, a ribbon scarf, and a painted face. 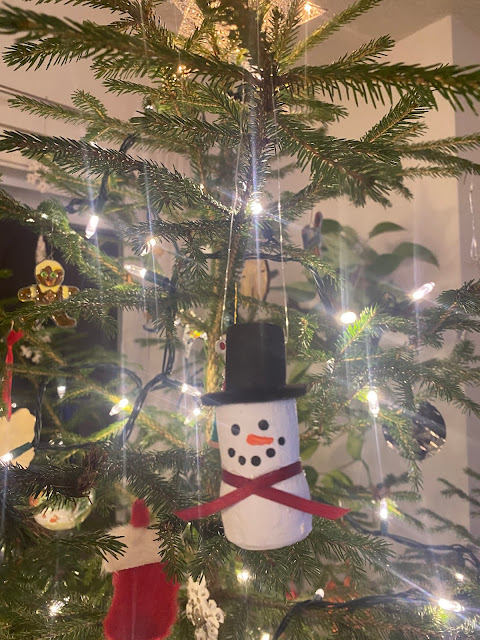 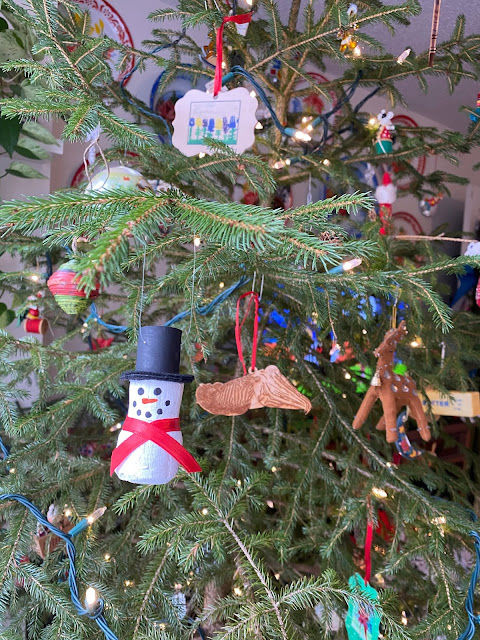 The inspiration for these guys was searching "wine cork snowman" on Pinterest. I sort of gave ours their own twist in the details. I love how they turned out! They're super cute and each have their own personality. 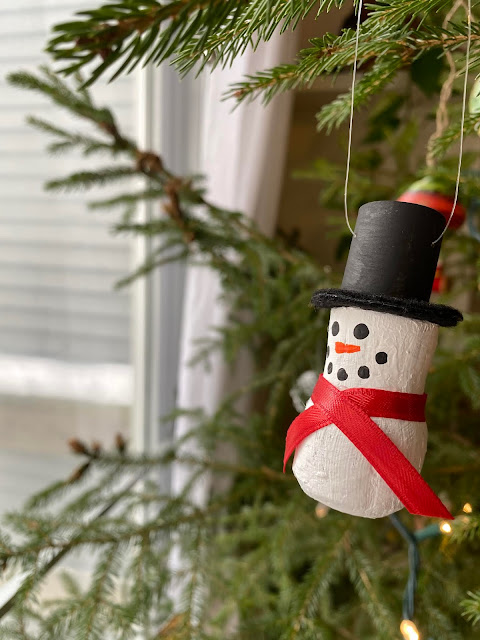 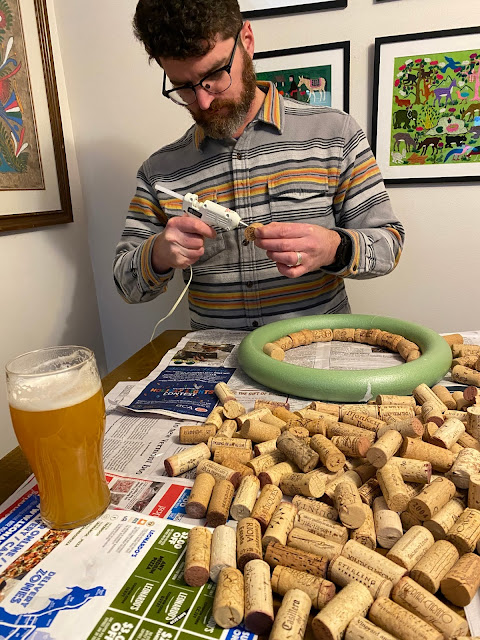 I did some poking around on Pinterest for inspiration for this one, too. In the end, we essentially followed this tutorial from this blog. 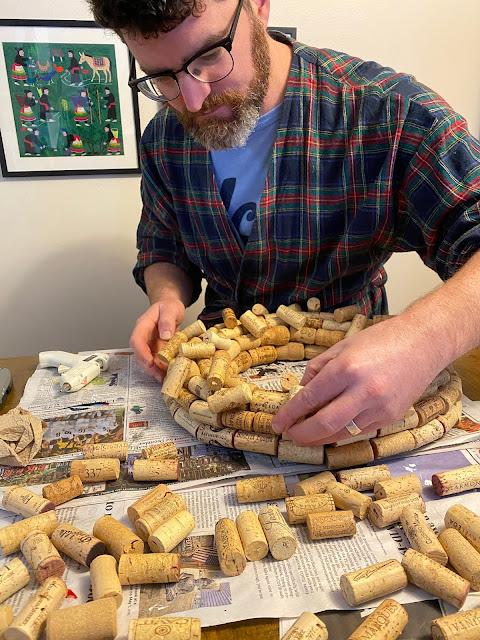 We went back and forth over whether we should make our wreath very structured, with rows of corks, or more textured and random, with corks poking out at different angles. 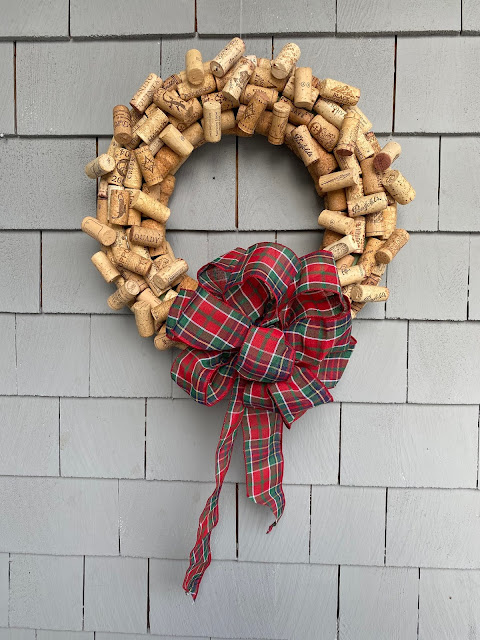 In the end, what we chose was the middle ground, a bit of both: the layer closest to the wreath mold was laid down in straight rows, and then we glued a few more random corks over that layer for some texture. When I say "we" I mean Tim, because he did all the gluing and designing, with a bit of advice from me. 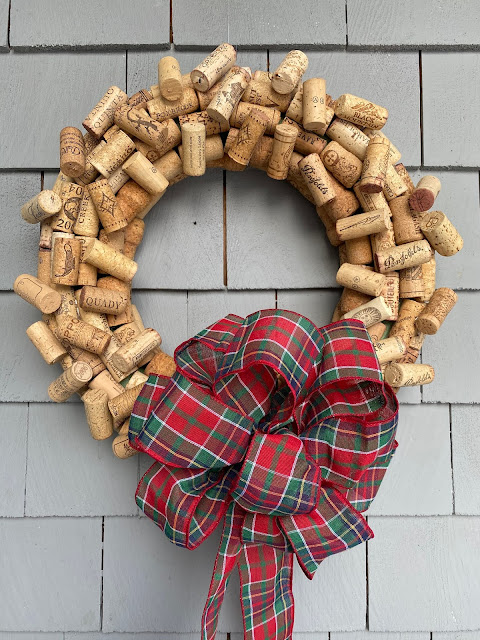 Initially we were going to glue some berries and greenery in between the corks, but ultimately decided not to so that the wreath could be used during other seasons. We used a bow left over from a previous year's wreath; it's just tied on with wire, so we can switch it out for other times of year.
I just love it! Tim did such a great job.
Posted by Meg at 2:29 PM