Recently Tim asked me to sew him some v-neck t-shirts. I took this request and turned it into an opportunity for a side-by-side men's t-shirt pattern comparison... However, I only had one v-neck pattern in my stash, so it's not a truly apples-to-apples comparison. 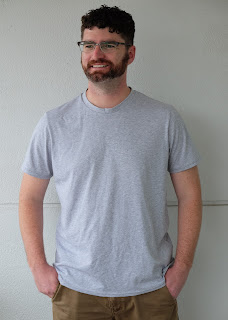 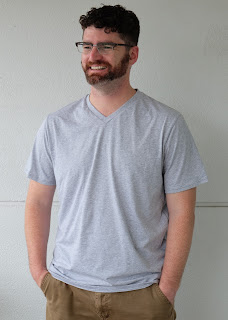 I've already made Tim the Thread Theory Strathcona t-shirt several times in the past. With the modifications I made (shortening the sleeves significantly and the body just slightly), he likes it, but it doesn't come with a v-neck option. 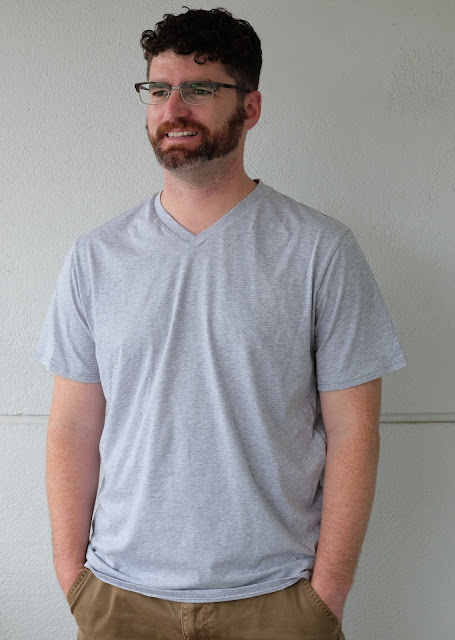 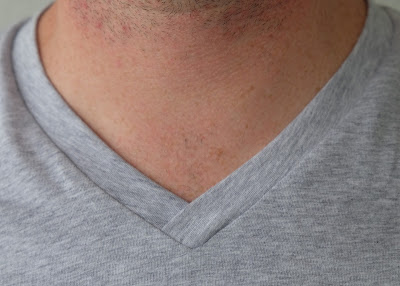 I also had the Oliver and S men's Metro T-shirt pattern, which doesn't have a v-neck option. But I was curious about it because I hadn't seen many versions of it kicking around the interwebs... so I made him one of these, too! 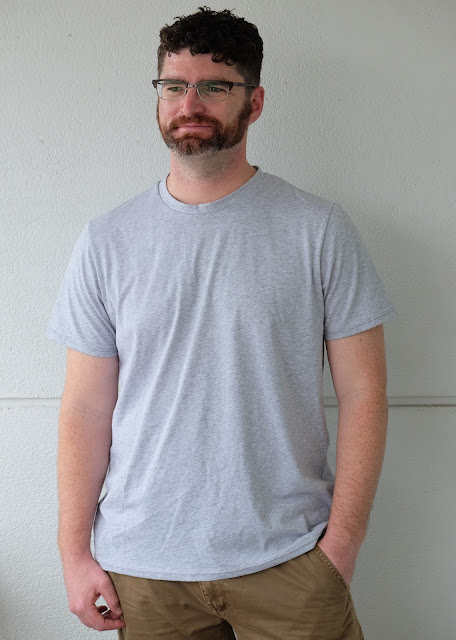 In an effort to accurately compare and contrast the two t-shirt patterns, I decided to make both in the same fabric. It's heather grey jersey I got in Hong Kong a couple years ago. 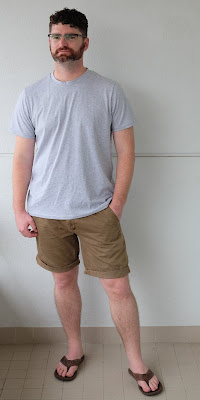 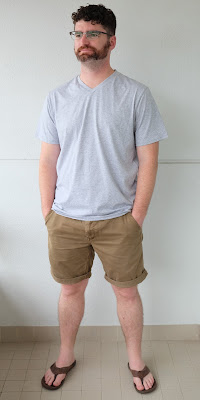 Interesting differences I noticed when cutting and sewing the patterns:

The sleeves on the Jalie t-shirt don't differentiate between front and back- they're meant to be cut on the fold. In contrast, the Metro T-shirt sleeve piece is cut flat and is shaped differently in the front and back. They're generally very different shapes, too: 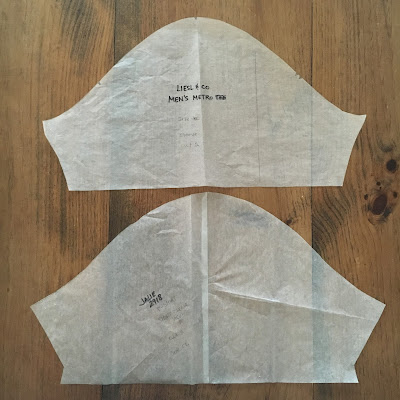 The shapes of the bodies are a bit different: Jalie 2918 is wider and longer at the armscye and the Metro t-shirt flares out slightly at its shorter hem. Metro t-shirt front pattern piece on top of Jalie's below: 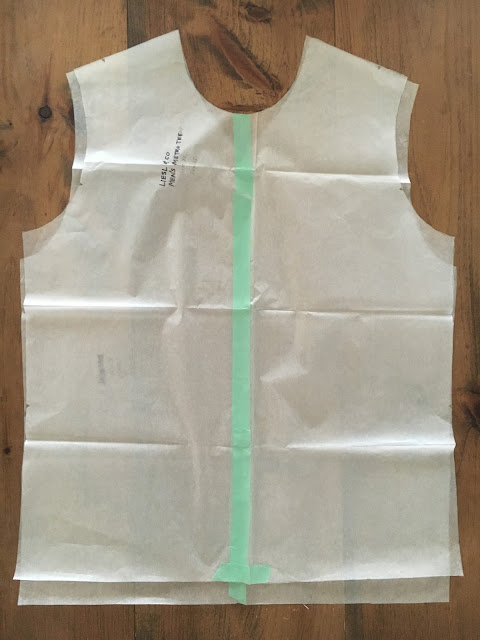 Jalie 2918 is longer in the body and sleeve than the Metro t-shirt (Metro on the left, Jalie on the right below): 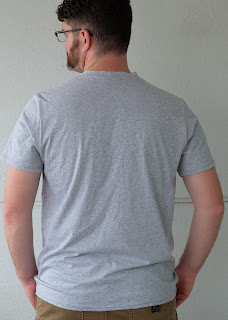 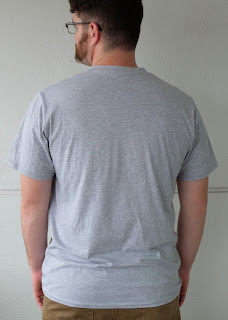 Once I finished sewing the necklines, I noticed that Metro t-shirt neckband seemed too wide, which causes it to gape a little bit (see photo below). Next time I might narrow and shorten the neckband slightly to avoid this. 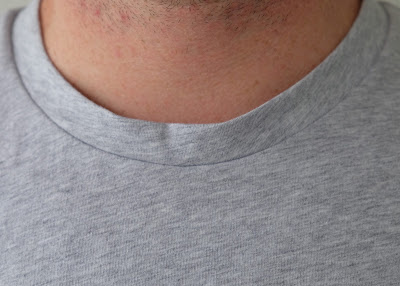 Fitwise, Tim found the Jalie t-shirt to be a bit on the big side: too wide, shoulders slightly too big, too long in the body, too long in the sleeve... some of this might be fixed by dropping down one size, but some of it is the cut/style.

Tim liked the fit of the Metro t-shirt better, but is really liking the v-neck these days. He swears it keeps him cooler, but I am dubious about this claim that less than one square inch of uncovered chest really makes a difference in keeping your cool. Ah, well, to each his own. 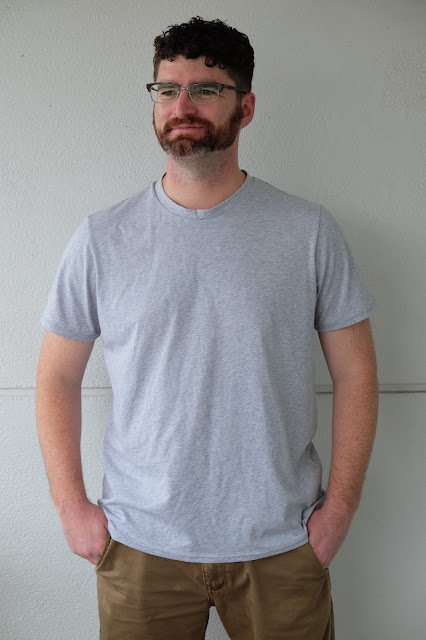 After trying them on and analyzing the photos, we decided that Tim's ideal t-shirt might be a combination of the two: the Metro T-shirt body with the v-neck from the Jalie t-shirt. Time to get pattern hacking!

What's your favorite men's t-shirt pattern?
Posted by Meg at 7:18 AM