Some dude sewing in anticipation of the holidays! 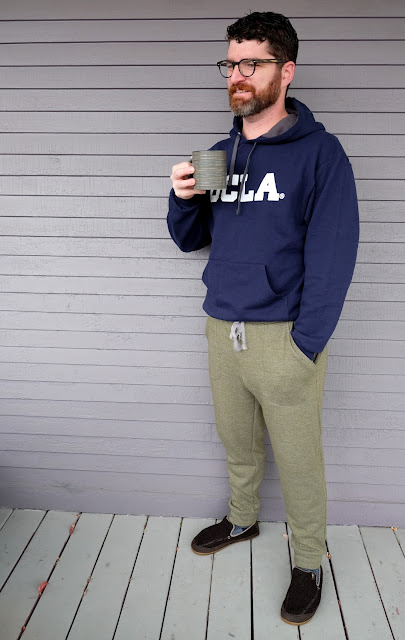 I am fully incapable of keeping a secret and/or not giving Tim finished garments the second they're off the machine. These pants, plus a few other items I've made him, ostensibly for Christmas, were given to him immediately. No surprise, but more time to enjoy them, I suppose! 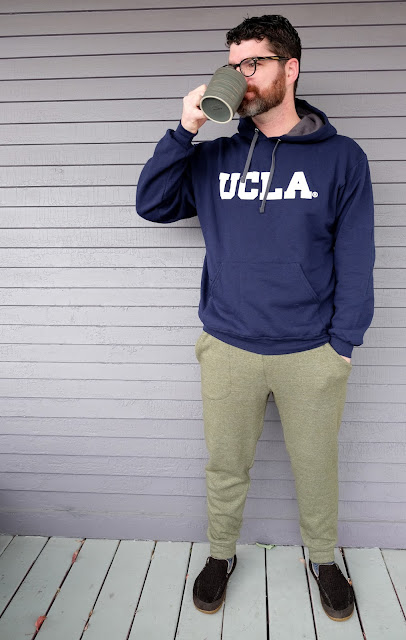 These are the True Bias Men's Hudson Pant. Tim's been needing another pair of lounging pants and he likes the original pair of Hudson pants I made him way back during pattern testing. 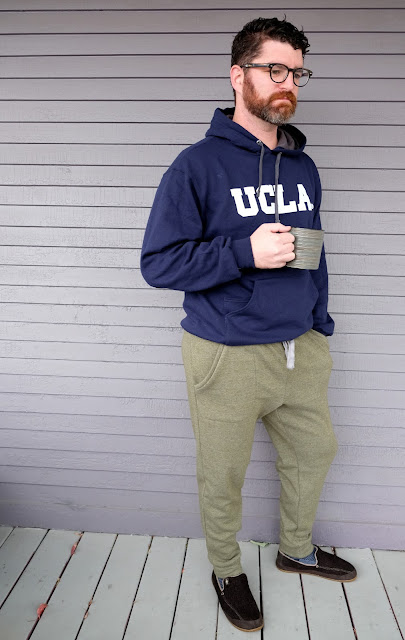 I cut the same size I used for my original pair for Tim. In fact, I didn't even bother to print out the final version of the pattern; I'm pretty sure I just used the tester version I already had printed out! If there is any fit difference between the two pairs, it's purely because of the fabric. 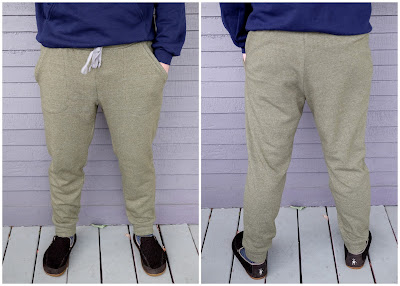 The fabric I used is this sage-colored bamboo brushed sweatshirt fleece from Imagine Gnats. This stuff, which is smooth on one side and fuzzy on the other, is just delightful: squishy and soft, but with great recovery. The french terry I used last time is pretty terrible: rough and scratchy and zero recovery. Not that that stopped Tim from wearing that original pair practically to death! 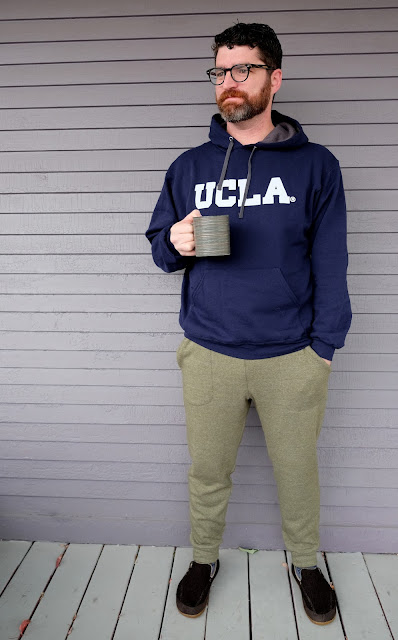 The only change I made was to make a single layer pocket (using my handy-dandy tutorial!), because I've seen the pockets on Tim's original pair bunch up a bit. I used a zig-zag stitch to topstitch the pocket bags directly to the front leg of the pant. I love how it looks like a design feature! 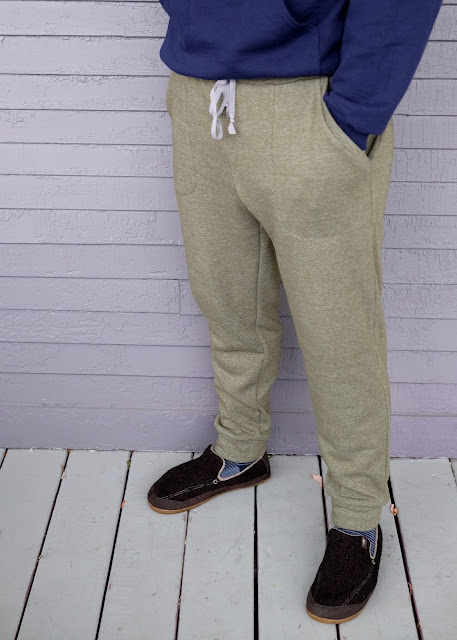 Tim really likes these Hudson Pants, despite his morning crabby face! And lucky for me, I have enough of this fluffy fabric left for me to squeeze at least the body of another garment out for myself! 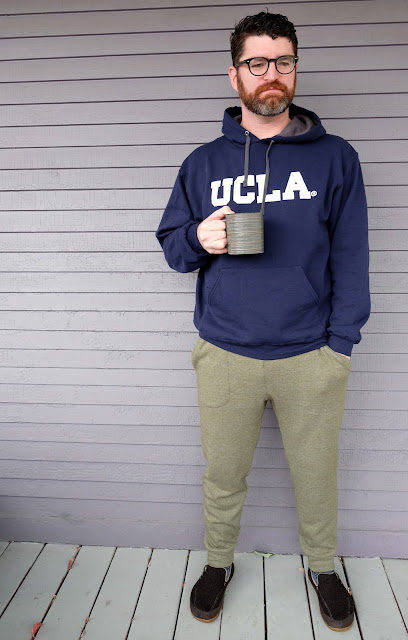