Sometimes you make a garment with one person in mind, but it ends up working out better for a different recipient! 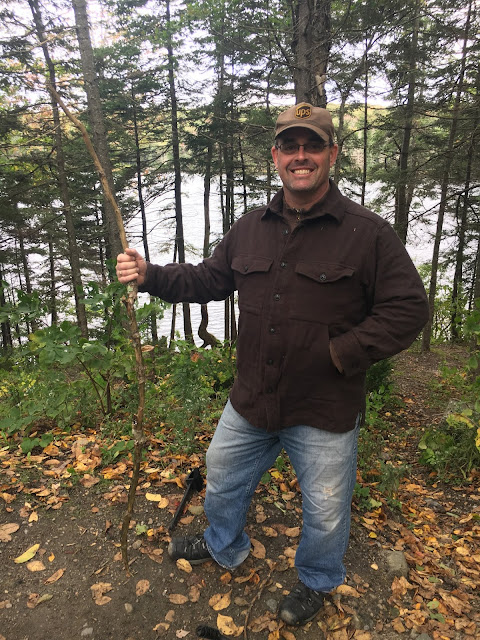 This is Simplicity 1328, a shirt jacket for men (and boys, too!), that has apparently gone out of print since I made it. I was drawn to the pattern by the cool, double pockets. There is an angled patch pocket at the hip/belly and a patch pocket with a flap on the chest. Split hem, tower plackets, lined yoke, shoulder blade pleats. Nice details.

One strange issue with the pattern: I'm not sure what happened, but I found that the sleeves were too big for the cuffs. I just improvised by making the sleeve pleats a bit bigger until they fit. Who knows.

The fabric I used for this Simplicity 1328 is a black and brown herringbone cotton flannel from Joann Fabric, in the "Plaiditudes" line. I found the flannel to be surprisingly shifty for such a thick and fluffy fabric! The shirt jacket's cool front pockets were a bit difficult to line up exactly straight along the center front in the shifty fabric. The end result is not perfect, but it's just fine. 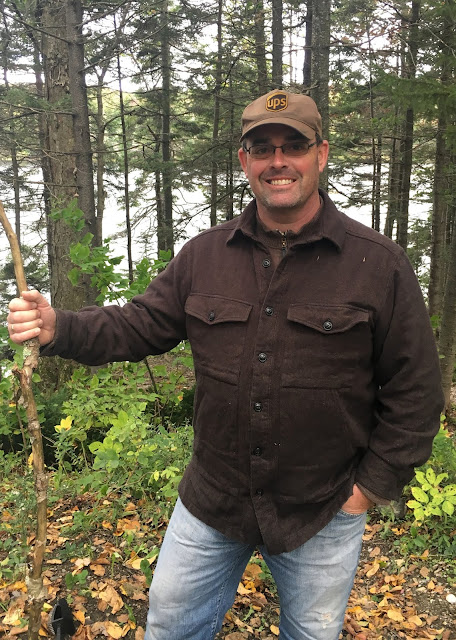 I actually made this shirt jacket over a year ago, originally intended for my husband. I thought he would like it, which he did, in theory. But he found this size large to be just too big. He's used to a more fitted look, and I couldn't convince him that this was a shirt jacket, not a shirt, and therefore meant to be a bit big for layering purposes.

I considered taking it in on the sides and sleeves, but at the time I made this last summer, I still didn't have my serger because it was en route from Bangkok to Vermont so I had clean finished everything on the inside and couldn't bear to unpick it all. 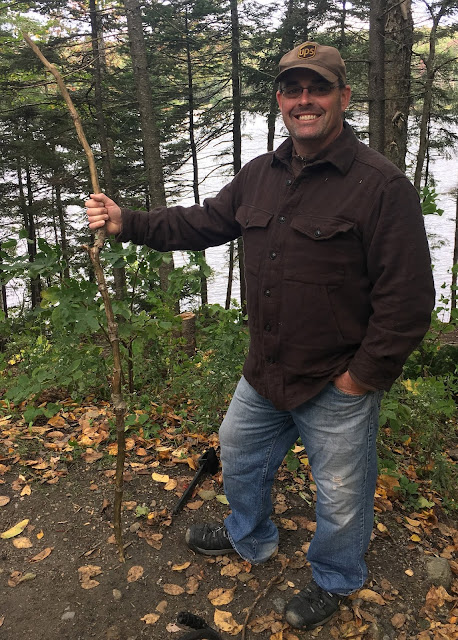 Most seams in a shirt are already enclosed already, but I went with french seams for armscye seams. Then for the underarm and side seam, I kinda folded the wide seam allowance under on each side and topstitched- what is that seam finish called?! In any case, I started to unpick those finishes but the stitches had sunk into the thick fabric and taking them out was impossible. I gave up. I balled it up in the corner for several months. 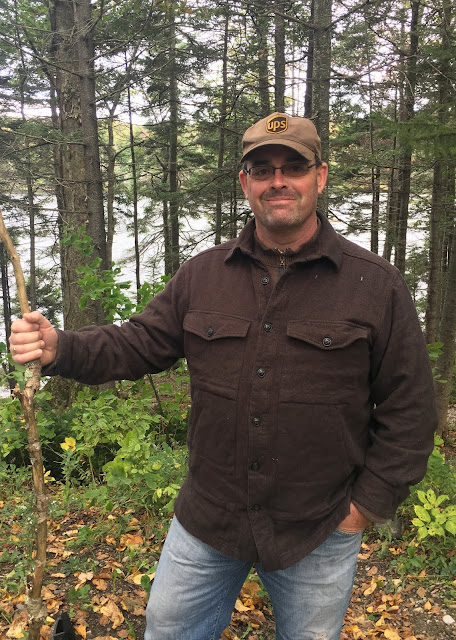 Then, this past weekend, when doing some mending, I uncovered the shirt jacket and decided to bring it for my brother to try on. Style-wise it's very much him (he drives a UPS truck and his brown work uniform seems to have bled into his personal style over the years...), but I wasn't sure the fit would be right.

It worked for him, though! We were camping and the weather was cooler than expected, so he put it on right away and wore it the rest of the weekend! He wore it as intended, as an outer layer over his t-shirt and sweater thing. 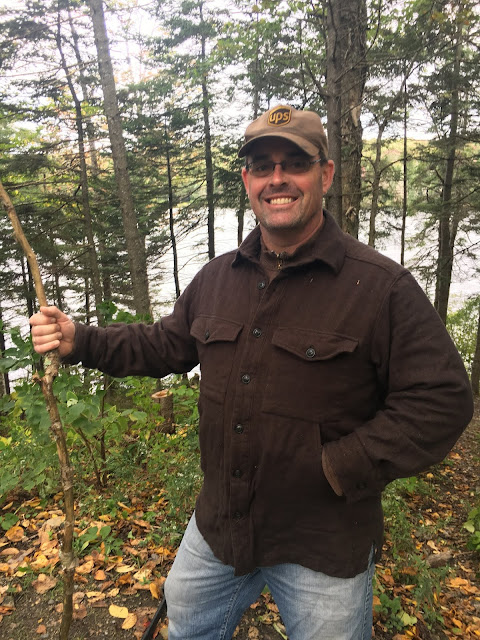 He seemed pretty excited about it even though it was a bit of a re-gift. I may make him another one now that I know it fits him, though... I saw some versions on Pattern Review out of canvas and waxed canvas that look super cool! So happy to have someone wearing this fun shirt jacket! Here are a few action shots from our camping weekend: 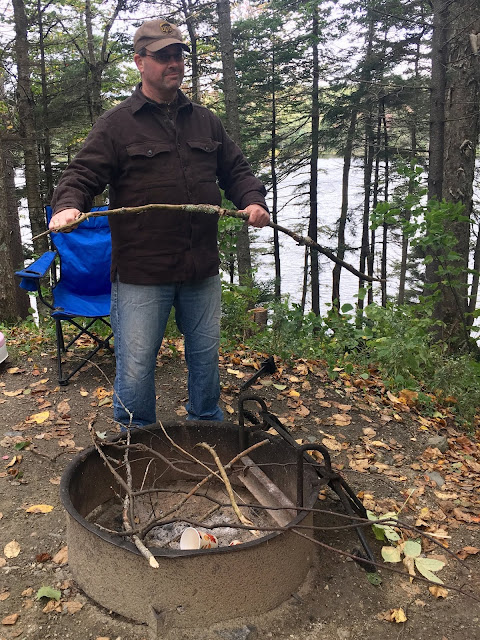 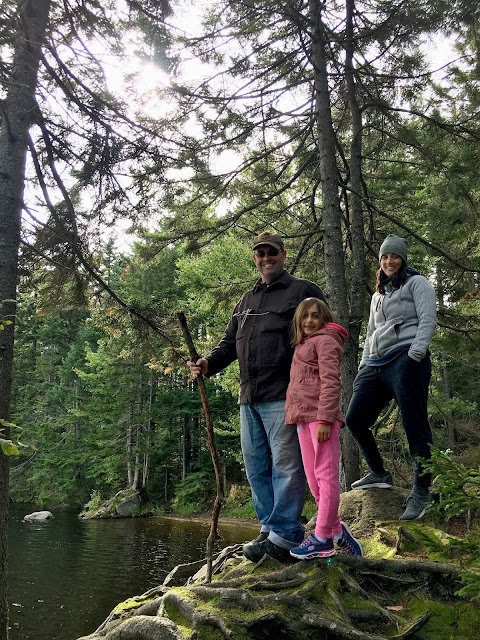 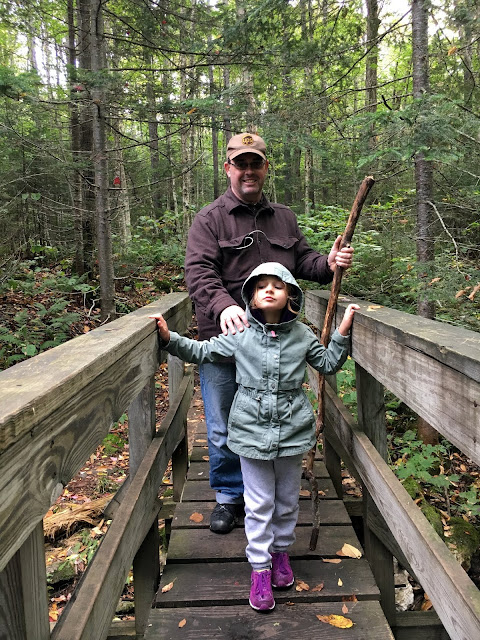 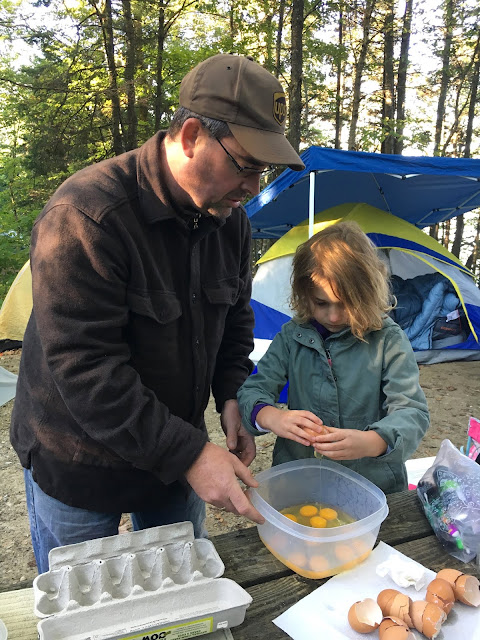