Waffle knit... just a little bit... that song has been in my head for days now. 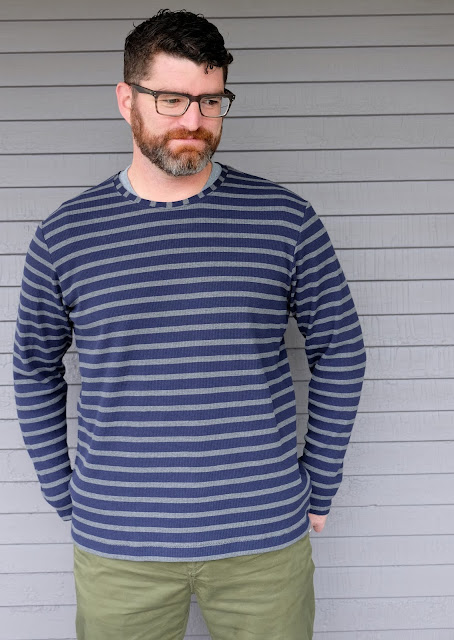 Tim recently realized that he was in need of a long-sleeved t-shirt... he has lots of sweatshirts, sweaters and long-sleeved buttondowns, but no t-shirt. He announced it at the beginning of the week, and by the end of the week, he had one in his hands. 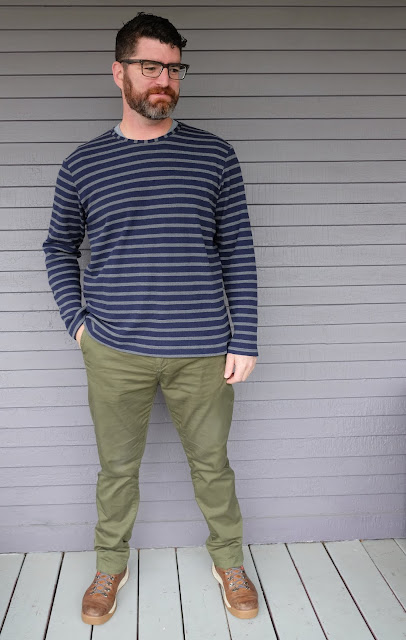 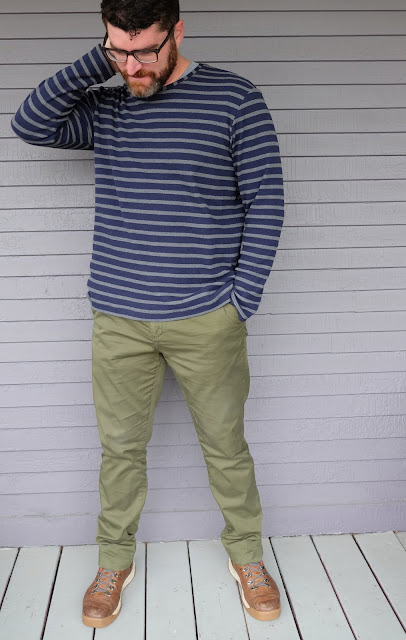 This is a straight up size XL, which worked well from him last time. The only change I made was to narrow the width of the neck band (by 1/2") to get it to sit flat. I also cut it on the cross-grain so the stripes would run in the opposite direction. 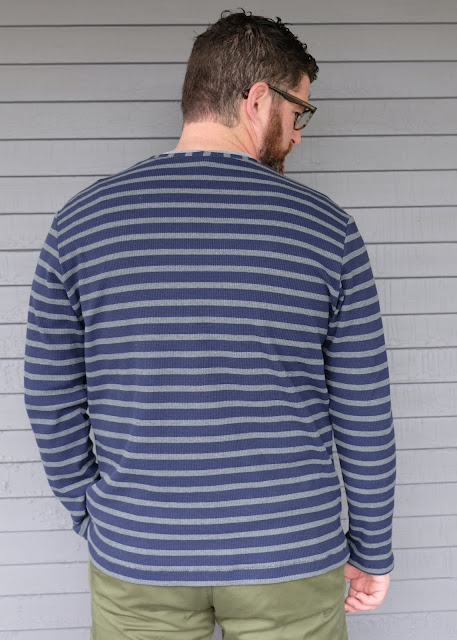 The fabric is some striped waffle knit that I bought from Imagine Gnats sometime in the last year. Sadly, it's out of stock, but it's good stuff. It's soft and stretchy with good recovery. 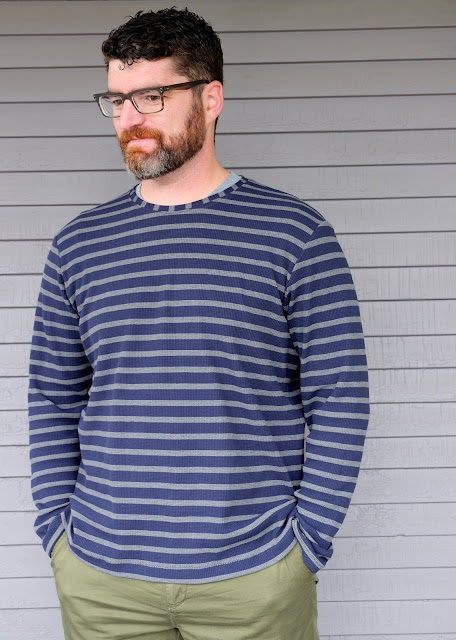 It turned out great! The fit is spot on; not too loose and not too tight. I think Tim likes it and will get a lot of wear out of it this fall and winter! 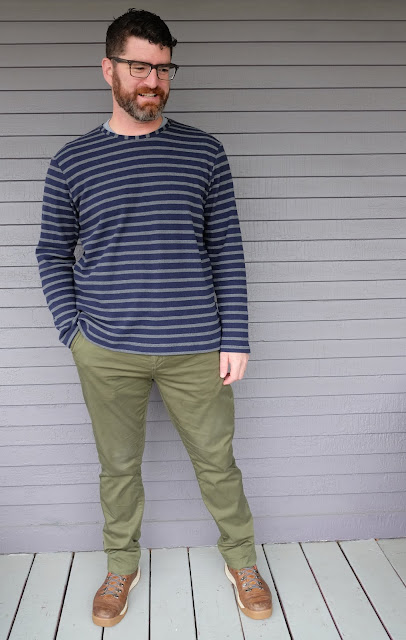