One half batch of my favorite challah dough... two loaves of challah stuffed with various delicious ingredients... two explosions in my oven.

I got the idea after impulsively buying a bag of almond meal (finely ground almonds).  I thought that maybe I could make a filling for the challah that was reminiscent of the sugary almond paste that they put in those buttery, delicious almond croissants. 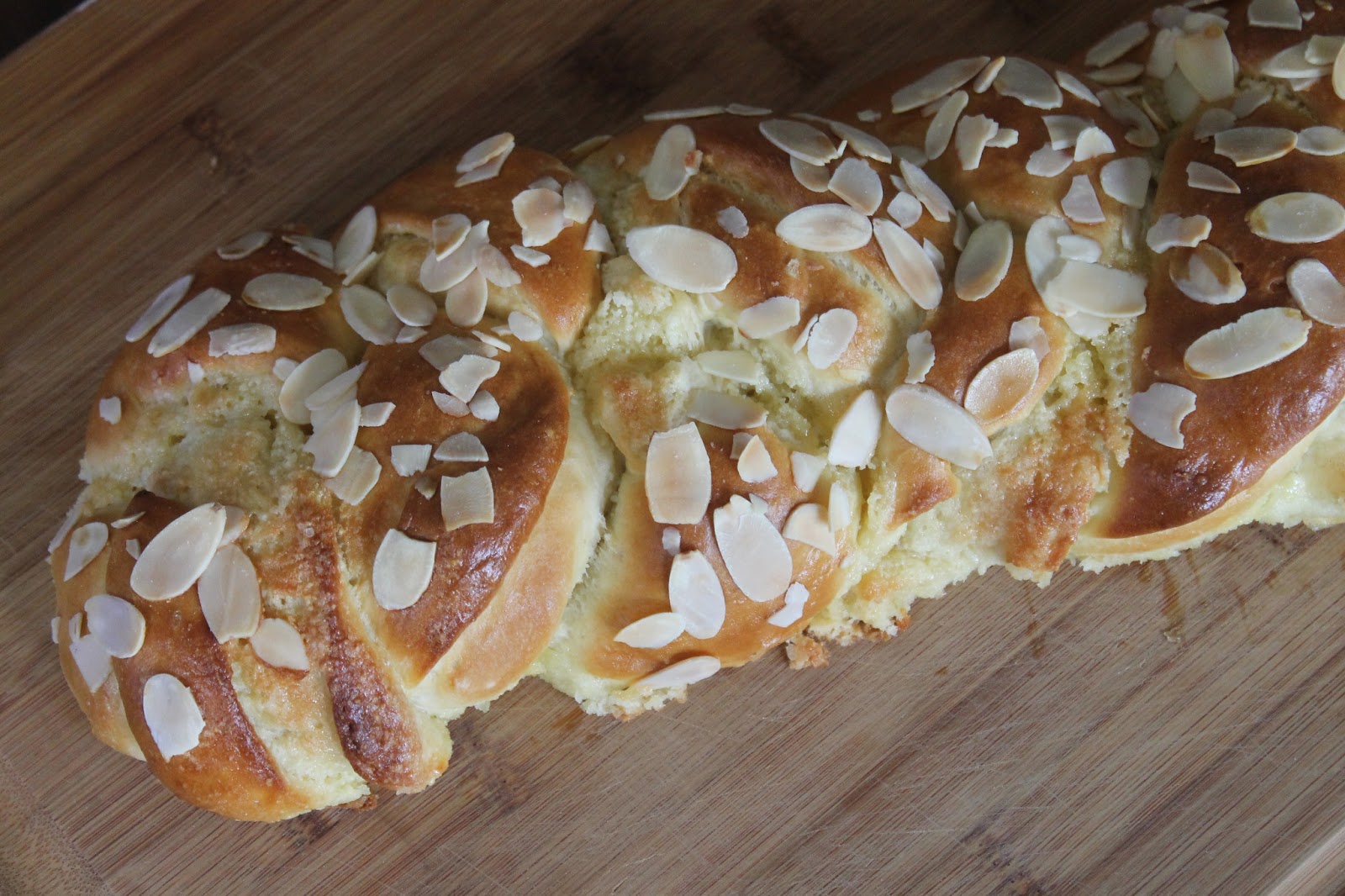 I made the filling according to this recipe and wrapped it into my usual no-knead challah dough.  Apparently I didn't wrap it tight enough, though, because after a few minutes in the oven it looked like the explosion you see below: 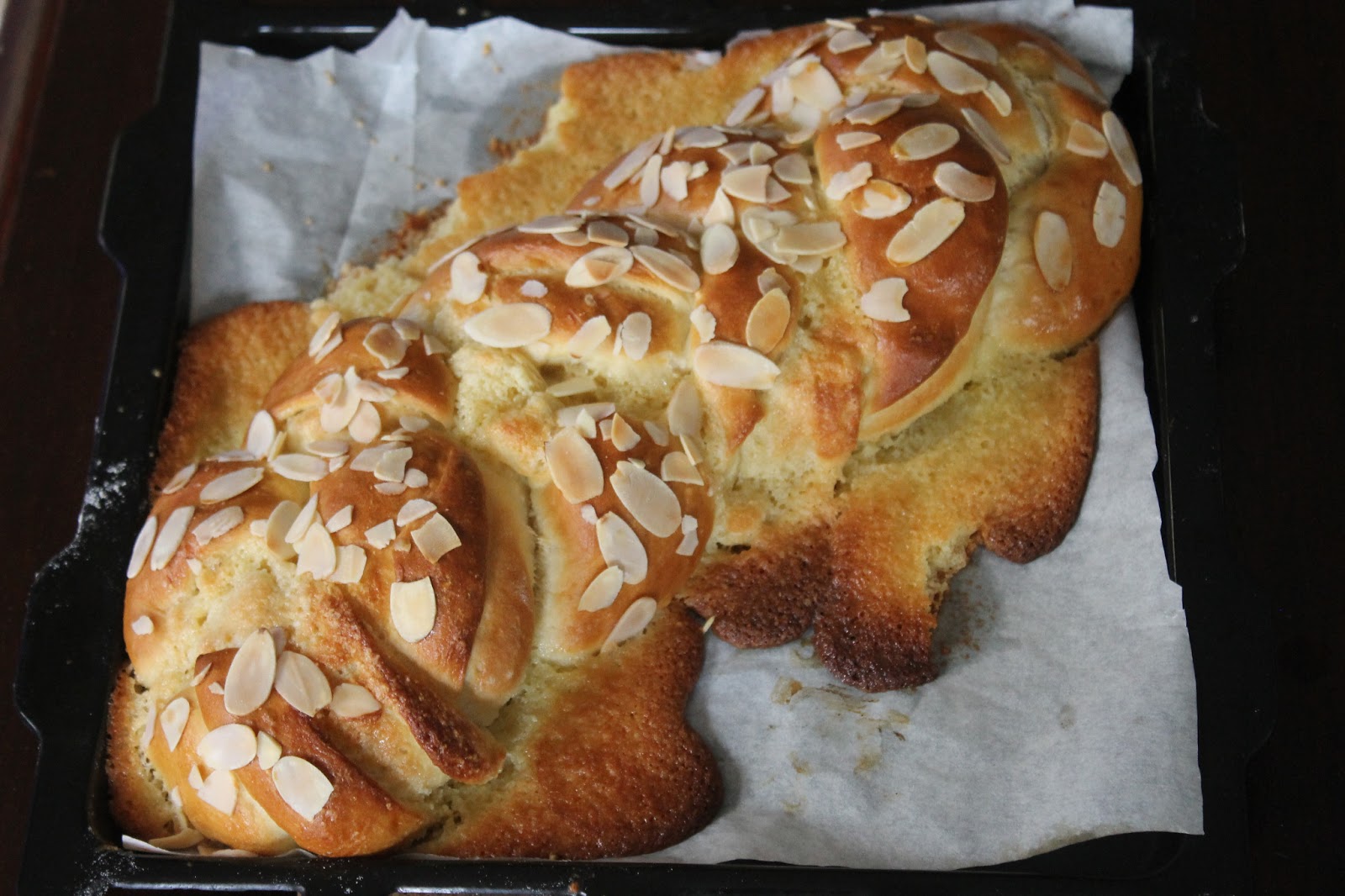 Luckily, all of that sweet, toasted almond shrapnel was pretty tasty, and a good amount of the filling stayed in the bread, creating a subtle swirl of almondy goodness throughout: 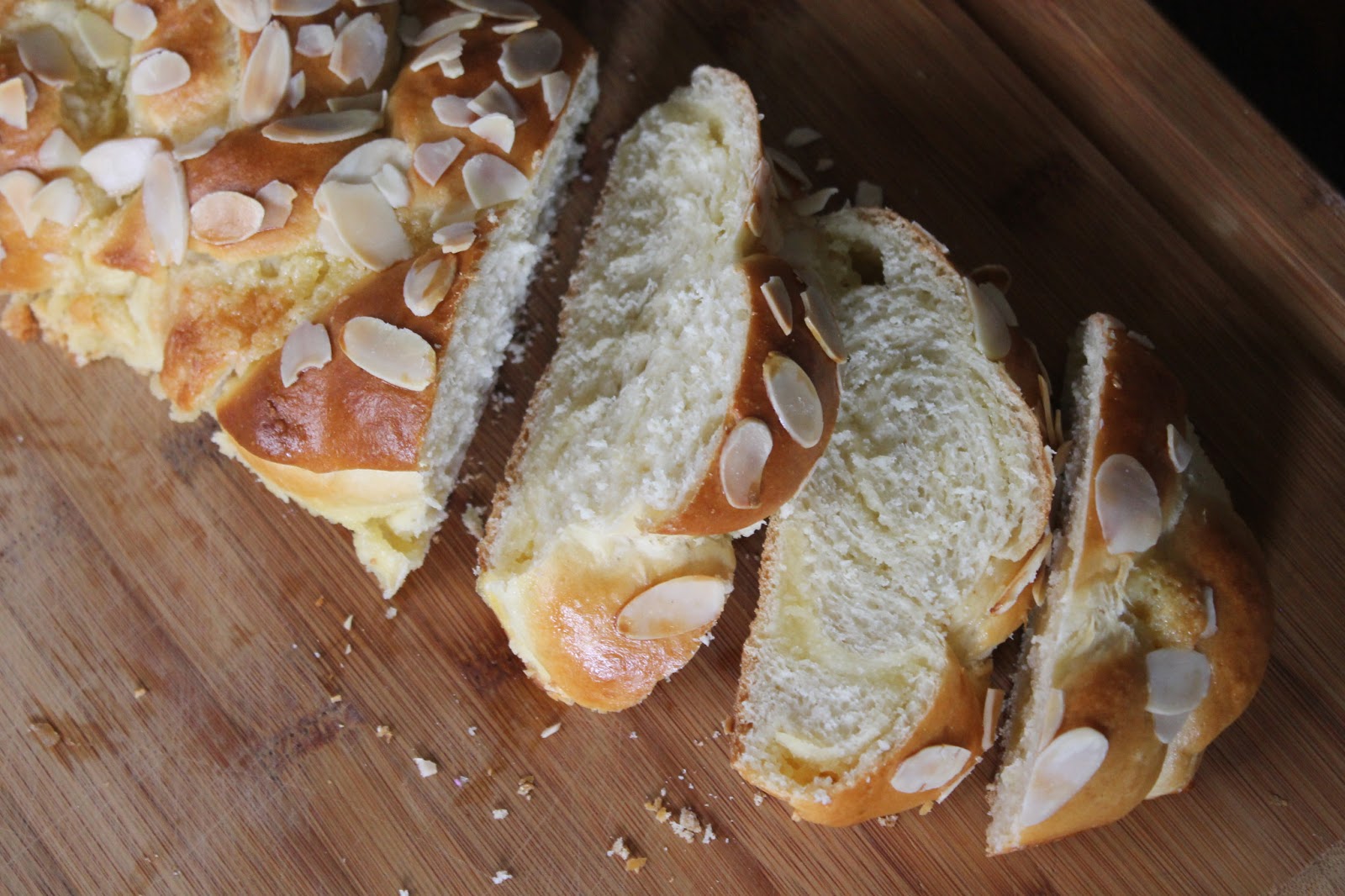 This one was to use up some Malang apples I had sitting in the fridge... I wanted to follow this recipe from What Jew Wanna Eat because I found her blog title and premise to be really hilarious, but I worried that the raw apples wouldn't cook sufficiently inside the bread and I wanted to make sure the spice flavors came through... so instead I sauteed 2 large peeled and diced apples in a teeny bit of butter, a couple dashes of cinnamon, a sprinkle each of cardamom and nutmeg, and about a tablespoon of honey.  Then I wrapped them up in the remaining challah dough, braided it and stuck it in the oven, at which point, you probably guessed, it exploded. 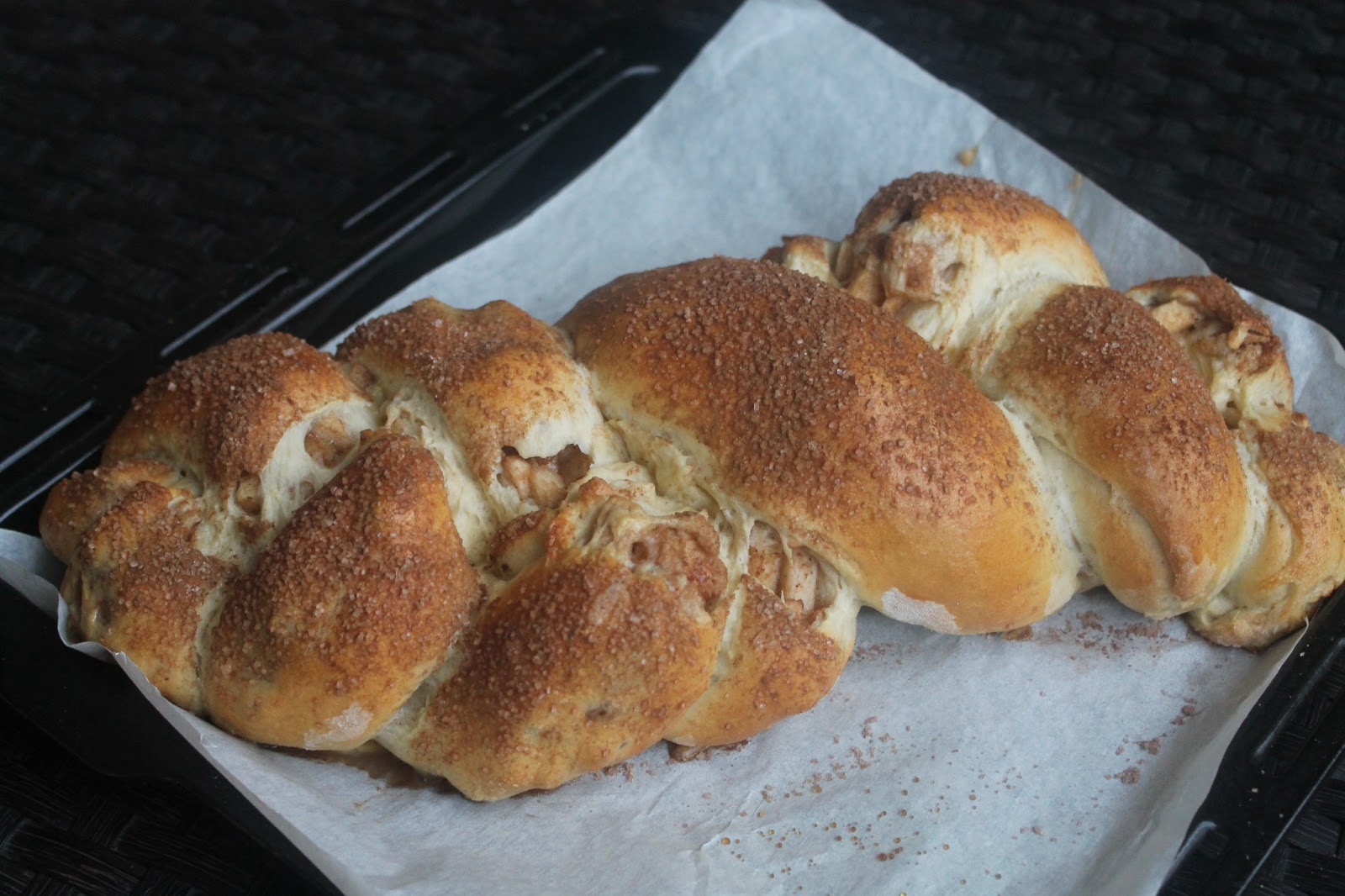 This one didn't have as much leakage as the almond challah, but was still bursting (literally) with apple pieces.  Tasted pretty damn good, though. 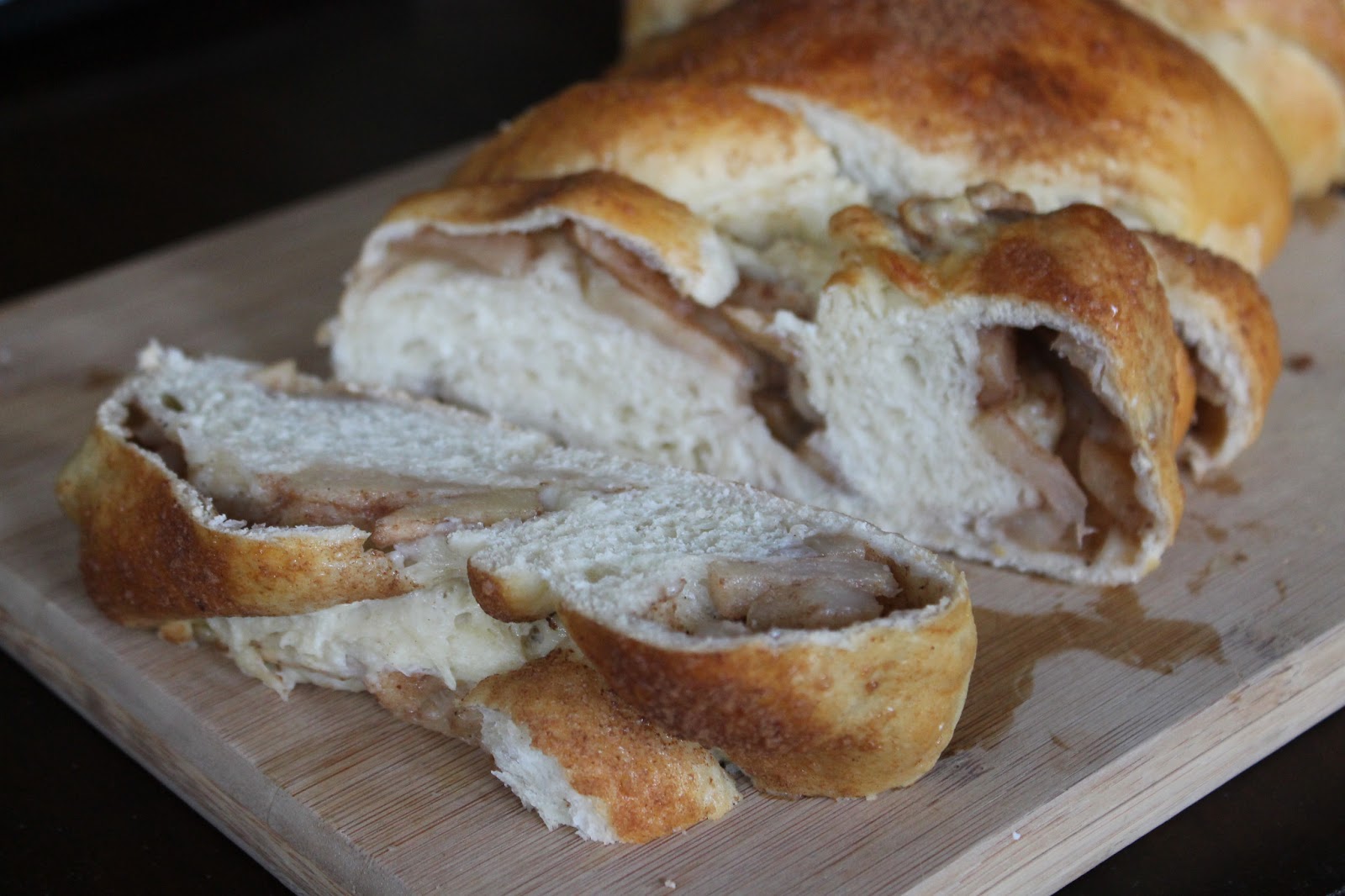 The next day it was a little soggy from the moisture of the apples, but a quick warming in the oven took care of that.
Posted by Meg at 8:35 PM