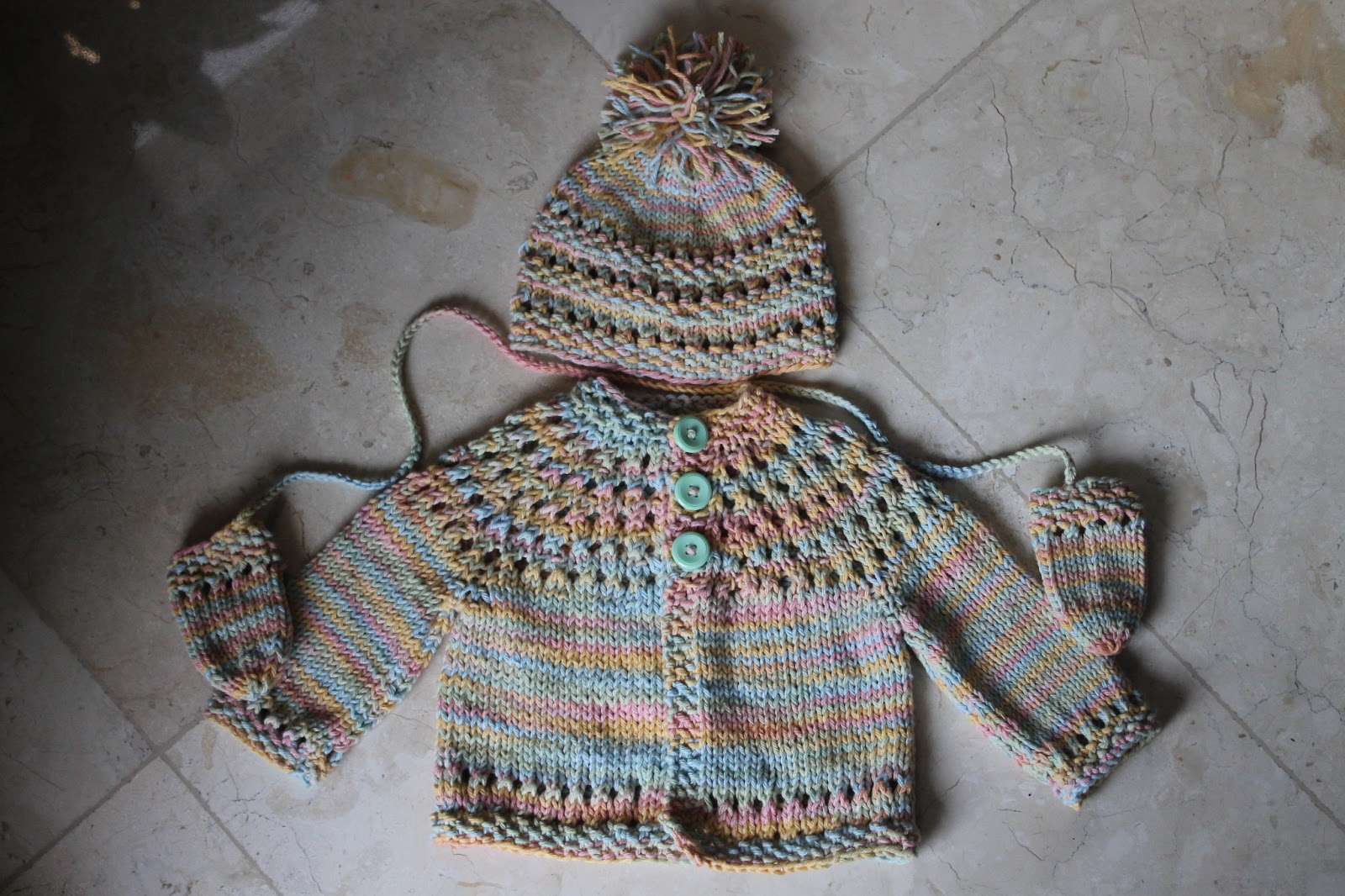 Made this cute knit set for Baby Dos with yarn Jamie gave me for Christmas (Lily Sugar n' Cream in Butter Cream, which I think would be better named "Sherbet").  I started with the "Pretty Baby Sweater" pattern, which was interesting- top down, raglan style, but the methodology was a little different than other similar style sweaters since the sleeves were knit before the body. 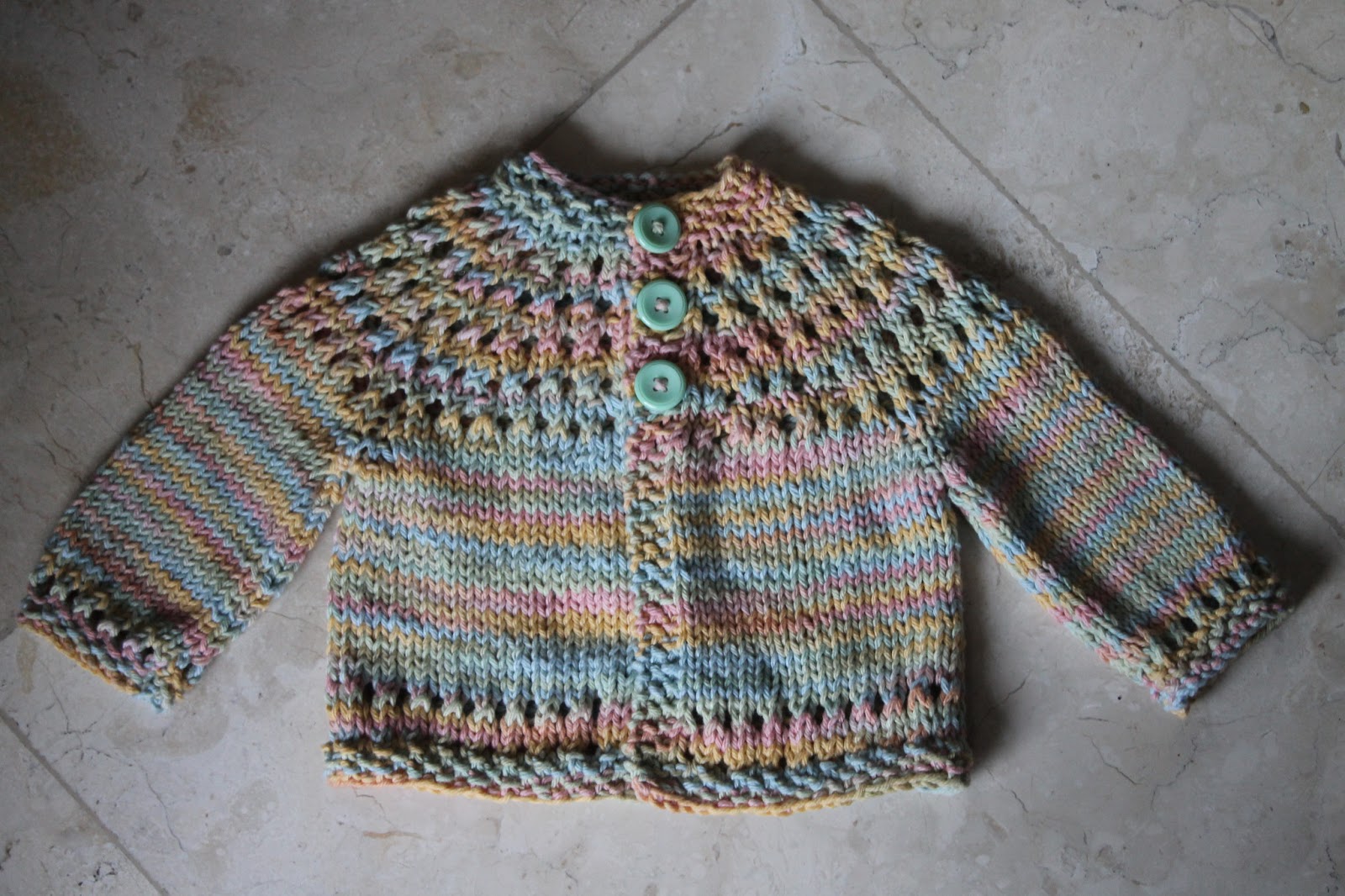 I still had yarn leftover, so I knit a hat next, based on this pattern. Rather than just do seed stitch for the brim, I mimicked the pattern from the sweater and knit several rows of seed stitch followed by a knit two together, yarn over row.  Otherwise I followed the pattern for the number of stitches and the decreases, etc.

Finally, since there was yet again yarn left, I did some mittens, too.  I used this pattern, but rather than a ribbed band I did seed stitch and then the knit two together/yarn over row.  Also added a chain stitch connecting cord that can go through the sleeves of the sweater: 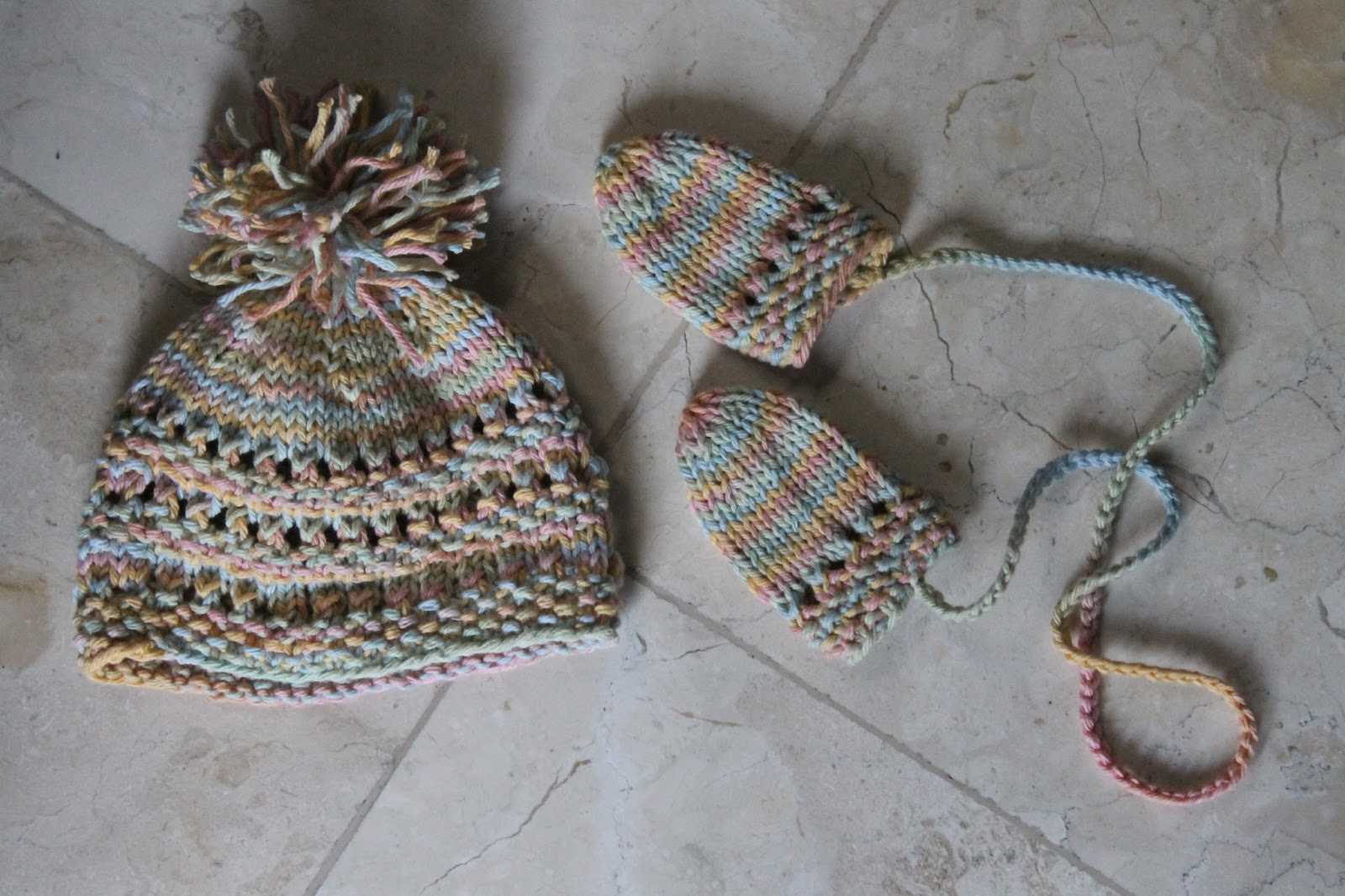