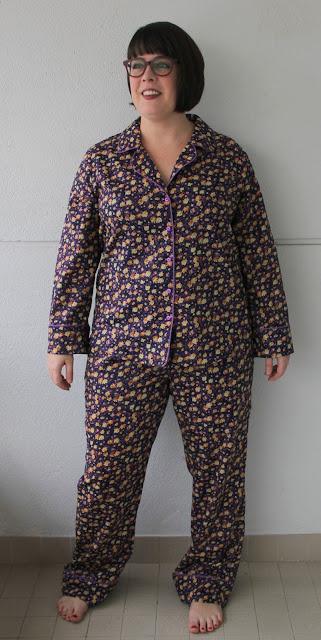 Although I adored the idea of the Closet Case Files Carolyn Pajamas from the get-go (and subsequently saw gorgeous piped pajamas everywhere after that- see The Mindy Project, etc.), I didn't really neeeeeeeed any pajamas when the pattern was first released. So I waited. It was only a matter of time before they became a necessity... 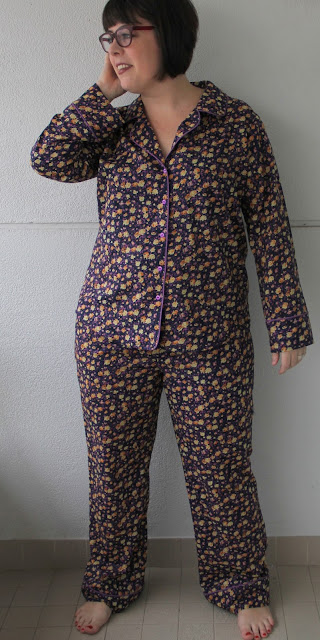 A couple months ago, Carolyn got her chance. She pushed her way to the top of my sewing queue after two pairs of Target pajama pants that I'd had for probably six or seven years literally disintegrated on my body within a week of one another, as if they'd been constructed to automatically self-destruct after a certain number of wears. Waistband casings full of holes, back hems frayed, seams ripping, and the coup de grâce: this epic rear seam blow out, documented for posterity on Instagram. The struggle is real, y'all. 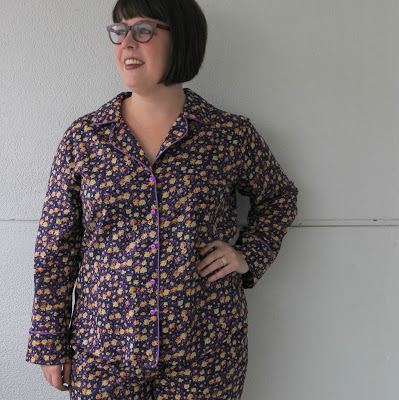 The fabric is some pretty Japanese cotton lawn I got from one of my favorite Bangkok fabric shops. They have so many fun florals in unusual colors, like these yellow and orange roses with electric purple leaves (see also: Bettine and Fifi for more floral cotton lawn in colors not found in nature). 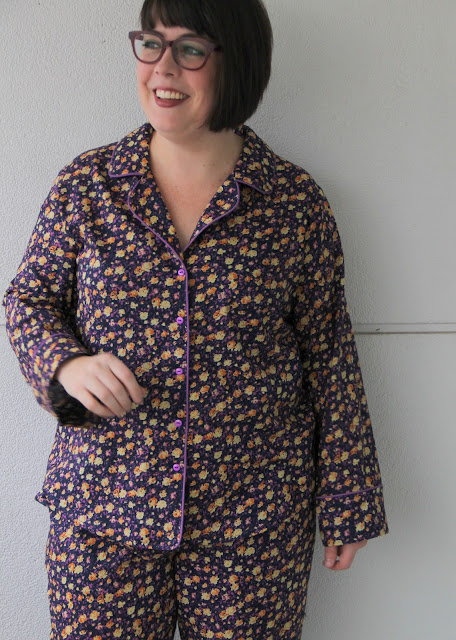 For my Carolyns, I went for the piped version using some purple store bought piping (thanks for being my piping hook-up, Mom!). The electric purple buttons from Bangkok's Chatuchak market just happened to perfectly coordinate with the piping.

Speaking of buttons, I cheated a little bit and just sewed the buttons straight through both plackets without sewing buttonholes. Lazy, I know. But will I really unbutton this shirt when I can just pull it over my head? Probably not.

Size-wise, I cut a straight size 16 on top, size 18 on bottom. As you can see, I went for the full length sleeves and pants... Tim likes to sleep with the AC set to arctic blast, so I get cold at night sometimes. This is the pant and sleeve length as-is from the pattern. Works well for me. A little bit long, but that's how I like it. 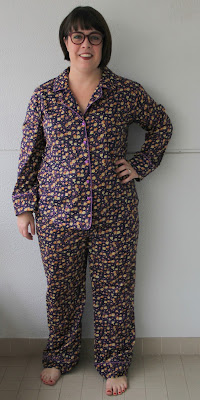 I can't say that I nailed the piped notched collar. It was a bit fiddly and tough to get around those curves when topstitching. Let's just say that I'm thankful for the disguising powers of a busy print! Plus, it's pajamas. I'm not going to get too worked up about whether or not my piping meets perfectly. 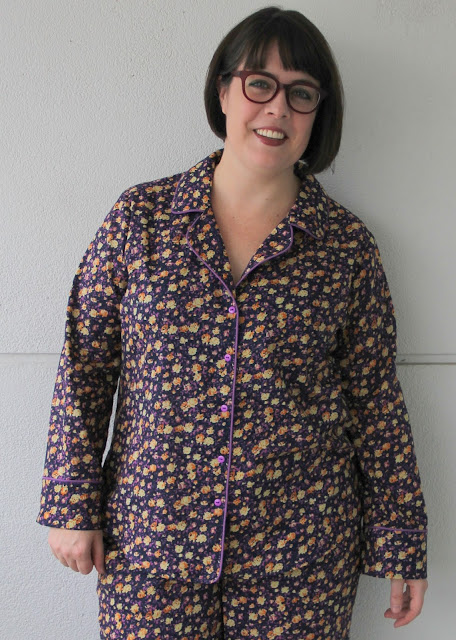 Even though I'd read that the pants were fairly close-fitting, they were snugger than I imagined they would be, particularly across the bum and the thighs. But I think I'm just used to wearing quite oversized jammies, so maybe it'll just take some getting used to. After wearing them, they've stretched out enough to quell my "too tight" fears. 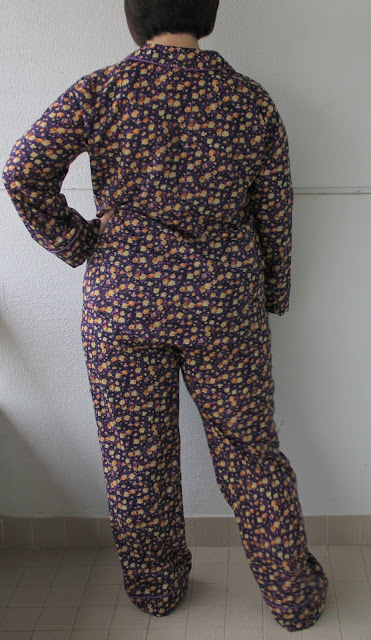 Next time I make these pajamas, I might leave off the pant pockets. I probably won't use them much and they're a little bunchy. Not much room for pockets with thighs like mine! I might consider doing single layer pockets, too (see my tutorial here). 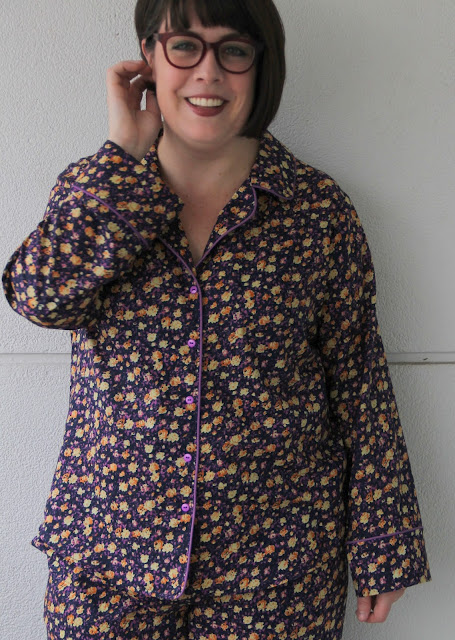 Overall, I'm really happy with how they turned out! I'd like to make another pair in rayon challis... I think the slippery, cool fabric would be nice to sleep in. I might skip the piping, though. I could also see myself making just the pants to wear with a t-shirt, which is my typical sleep-wear uniform.

Bonus fake yawning/stretching in my me-made PJs below. The things I put on the internet these days?! 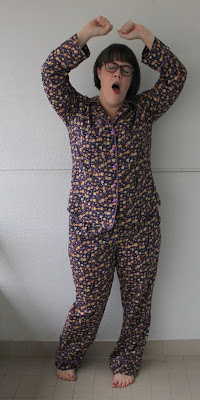 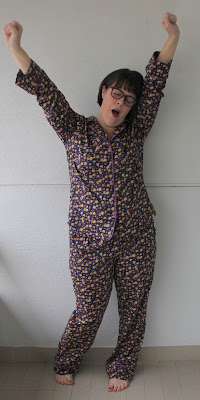