This post is a long time coming... some of these hats were made right before Christmas, 2017! 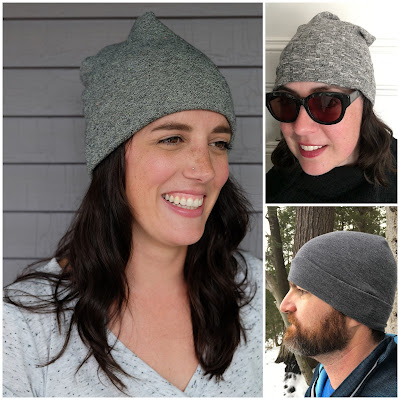 I bought the Delia Beanie pattern from Named Clothing during their annual Christmas sale, and I whipped up a few versions of the hat right before Christmas as a last minute gift. 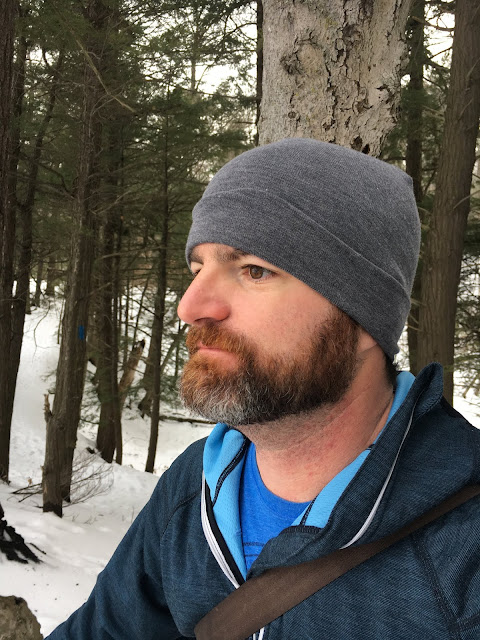 This pattern for a slouchy winter cap is fabulous: useful, uses scraps (hooray for sewing leftovers!), incredibly quick to sew (definitely less than 1/2 hour, closer to 10 minutes if you're a badass). 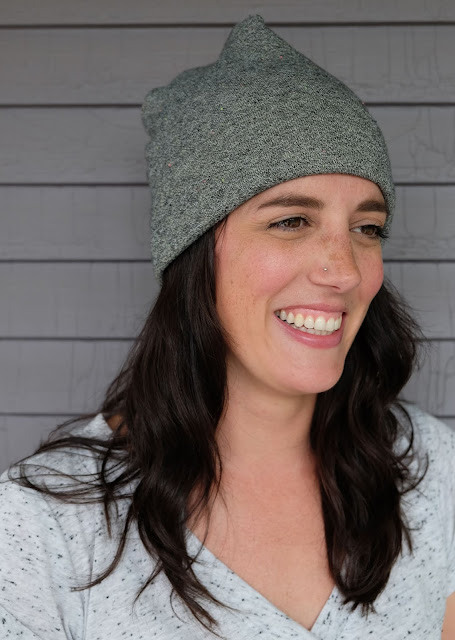 I should say that this one-size-fits-all pattern may or may not be slouchy-ish, depending on your head size. Turns out both Tim and I have giant heads, so it's not that slouchy on either of us. 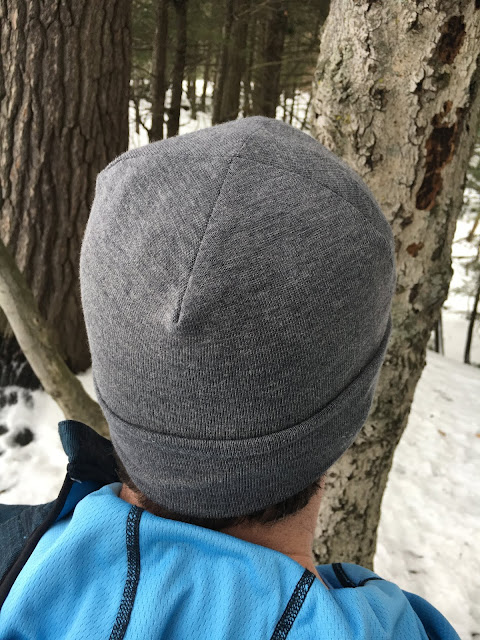 The Delia Beanie is cut in one giant piece with the top formed from 4 petals that serve as darts, sort of. The hat it turned right side out and then one end is shoved into the other to form its own lining. 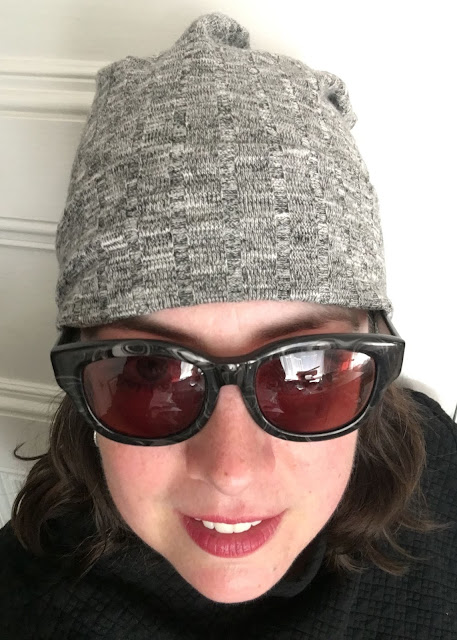 Note: the pattern is not messing around when it says it requires fabric with 40-60% stretch. I experimented with some cotton french terry scraps from my Halifax hoodie, but couldn't get the damn hat on my head because of the lack of stretch. 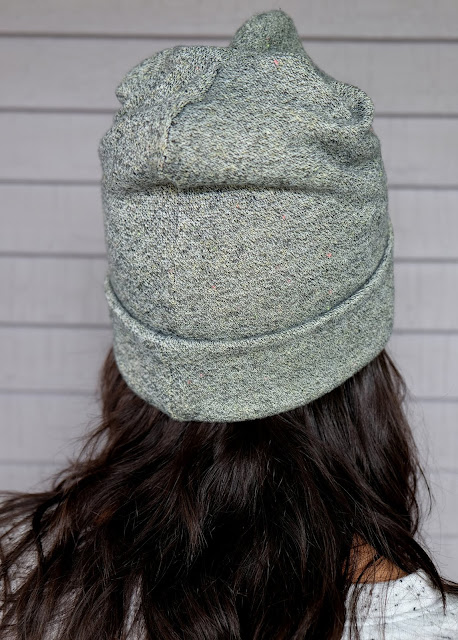 My successful versions of the pattern are from stretchy, soft fabrics leftover from other projects: 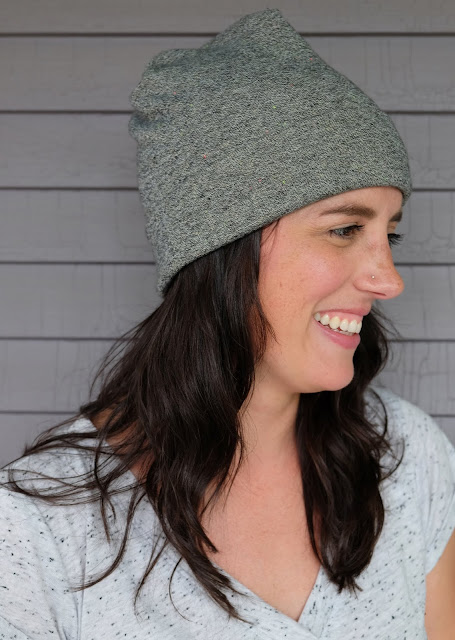 This thin, grey version for Tim is Hacci sweater knit left over from my Tallinn sweater. I made this one pre-Christmas, so he got to wear it last winter, hence the snow in the photos. 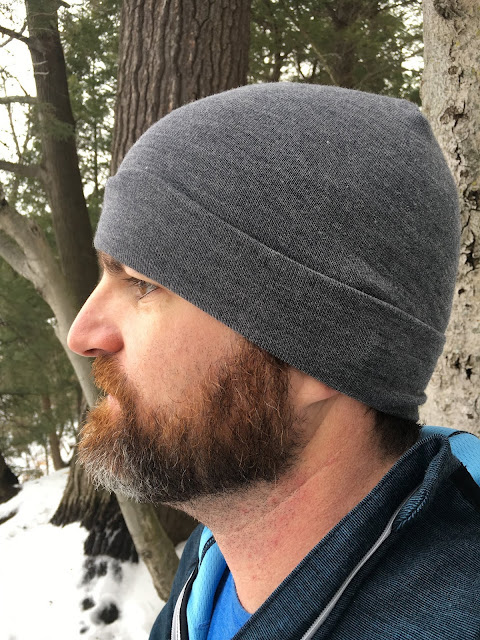 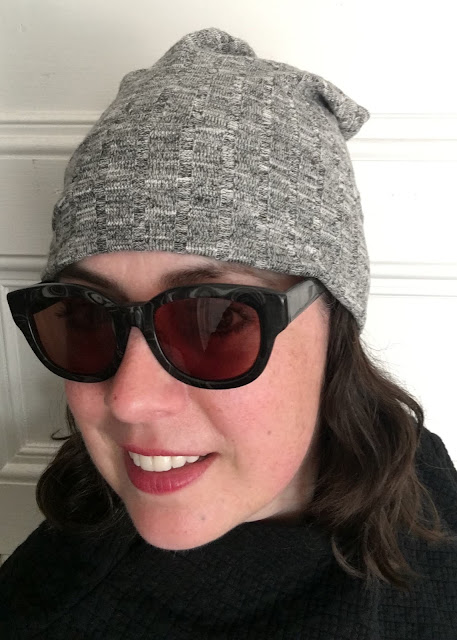 This mottled grey number for my sister is french terry left over from my Bellavista sweater. 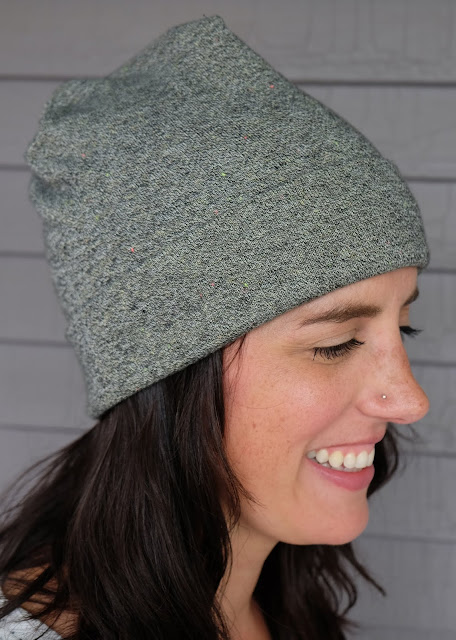