Bored with hummus?  Me too.

Hummus seems to have turned into the staple party snack.  I have nothing against it, I mean, I love hummus, but I think it's become somewhat overdone as a snack and party dip. 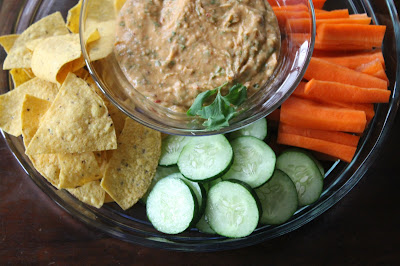 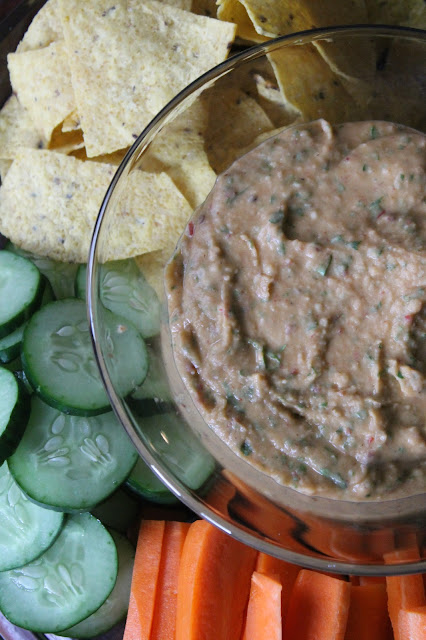 Similar to hummus in the sense that its base is a bean and it's got some garlic and olive oil, but this dip is jazzed up with chipotle peppers in adobo sauce, lime juice, cilantro, and cumin.  It's awesome as a dip for salty chips or fresh veggies- fresh and zingy, smokey with a hint of spicy...  good stuff.  And good for you, too! 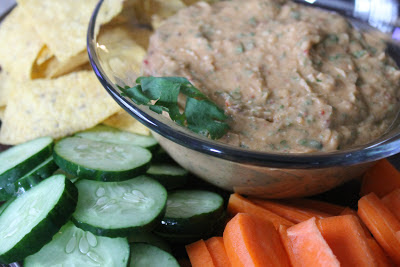 I used this recipe as my general inspiration, but altered the ratios to suit my tastes.  One can of white beans, two chipotle peppers, juice of 3 limes (although I am using the tiny Indonesian jeruk nipis, which is probably equivalent to one or one and a half regular limes), about 3/4 teaspoon of cumin, a tablespoon of olive oil, a handful of cilantro, one grated garlic clove and salt and freshly ground black pepper to taste.