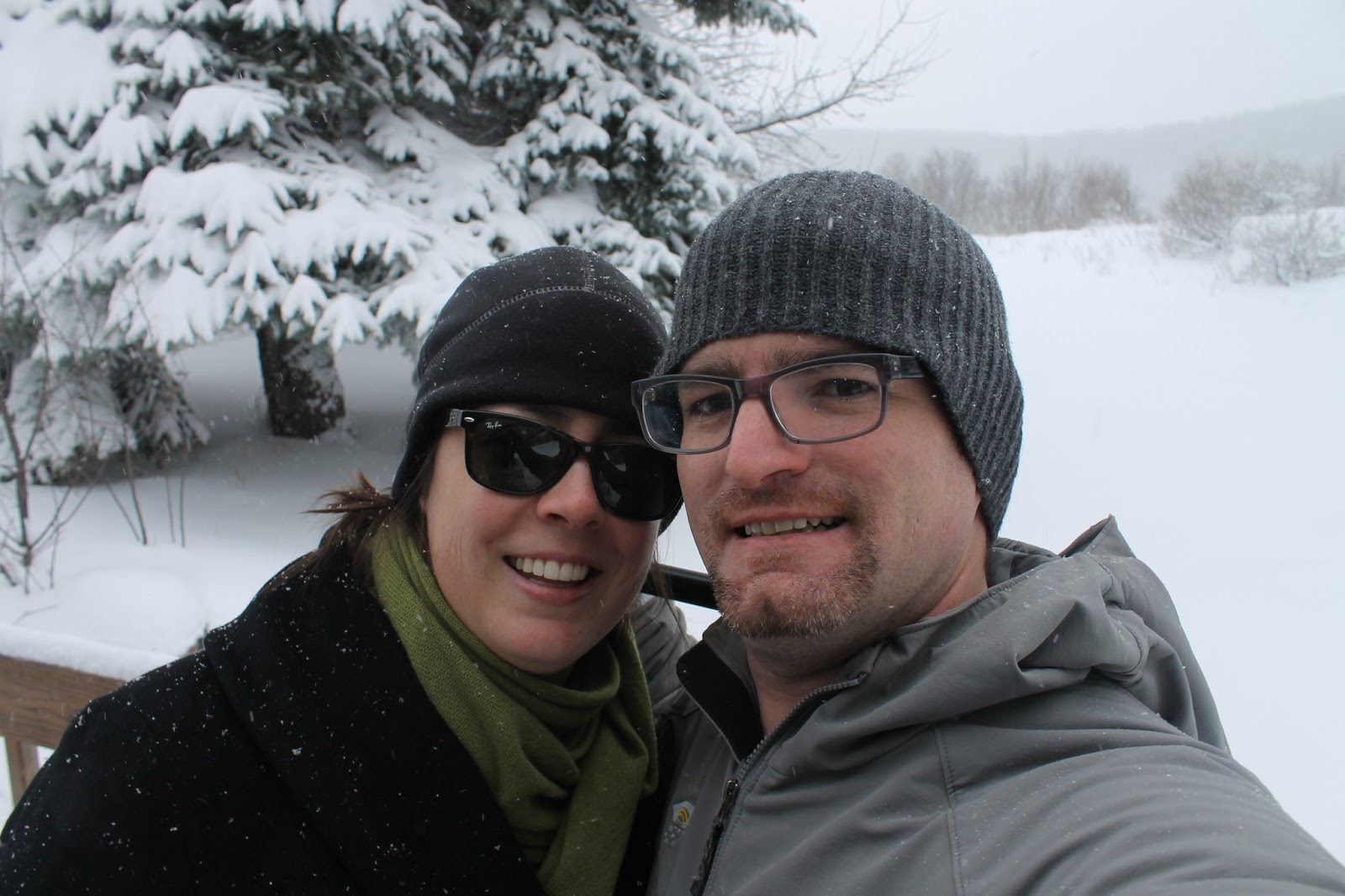 When we were back in the U.S. around Christmas, we made a trip out to Tim's dad's place.  Heavy snow was predicted to for the area (and lived up to the weatherman's hype, as pictured above), but Tim was wildly unprepared, clothing-wise.  Somehow his winter coat made its way into storage instead of coming with us to Indonesia.  Ditto with Tim's winter hat and gloves.  Worried about being stuck in the snow, we stopped to buy Tim gloves and a hat, but were pretty unhappy with the quality of everything we saw and ended up buying a crappy hat (see hat above) that was not warm enough and got super stretched out.  I wish I had had time to make Tim a hat before the trip... 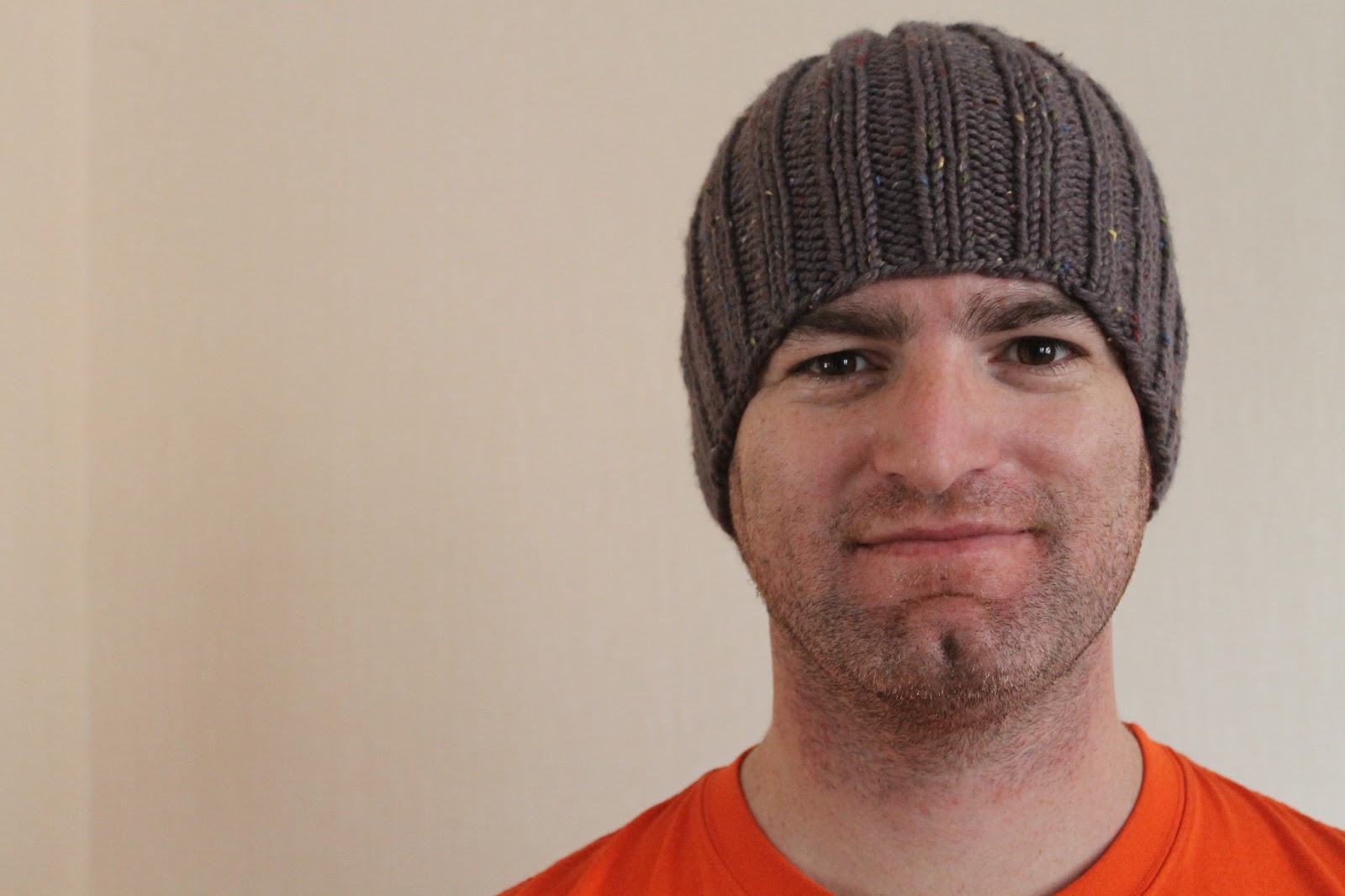 Thus, despite being wildly inappropriate for Indonesian weather (hot hot hot, humid), I made Tim a ribbed winter cap for his birthday using this free pattern.  A simple, ribbed, rolled brim hat, perfect for a dude, knit in a pretty greyish yarn speckled with blue, red, yellow and chartreuse, Cascade Yarns 128 Tweed. 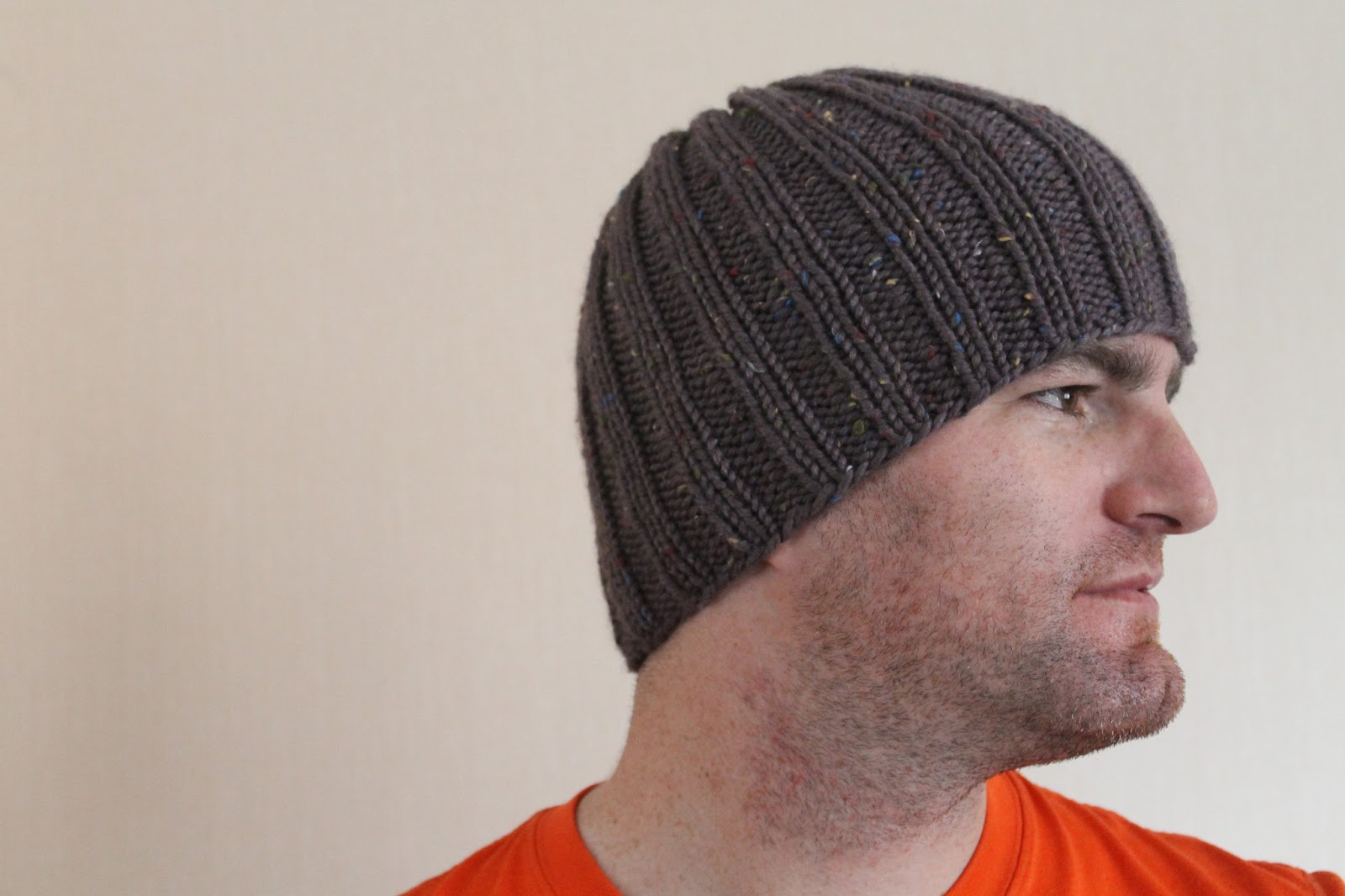 One slight problem I had:  I don't know if I just knit really tight, or if Tim and I both have abnormally large heads (it's a virtual planetoid!  it has its own weather system!), or both, but this hat is just large enough to cover our ears... there's no way the brim would roll and still cover our ears unless I added like another 2 or 3 inches in length.  Luckily the hat looks good unrolled, too, so no worries. 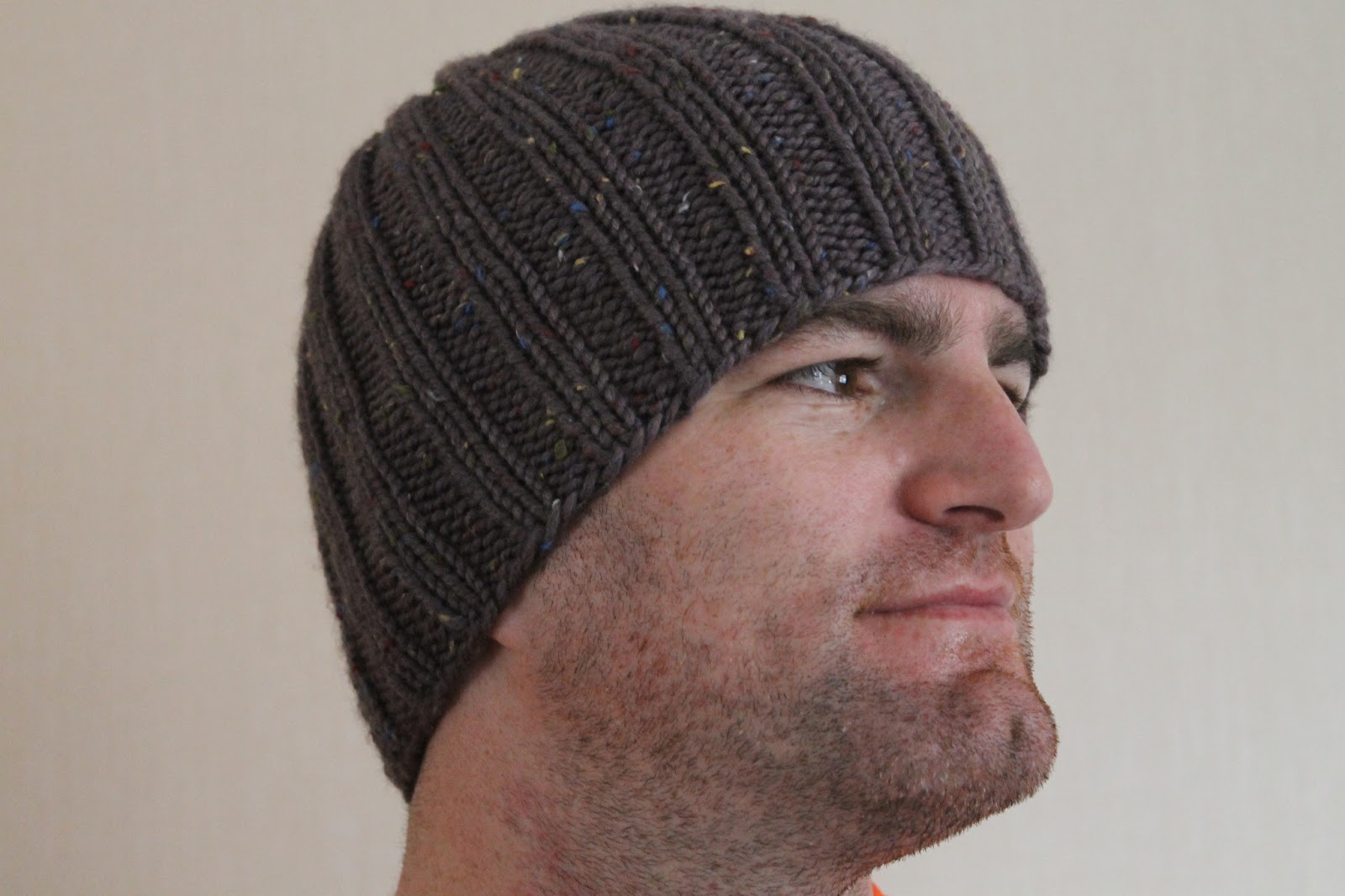 Ok, now we're going to cry ourselves to sleep tonight on our huge pillows.
Posted by Meg at 7:16 PM