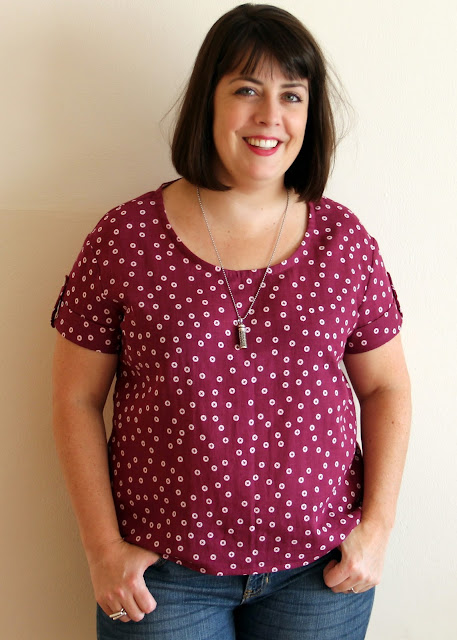 Disclosure: I received the Onyx pattern for free from Paprika Patterns, but my opinions about the pattern are all my own. 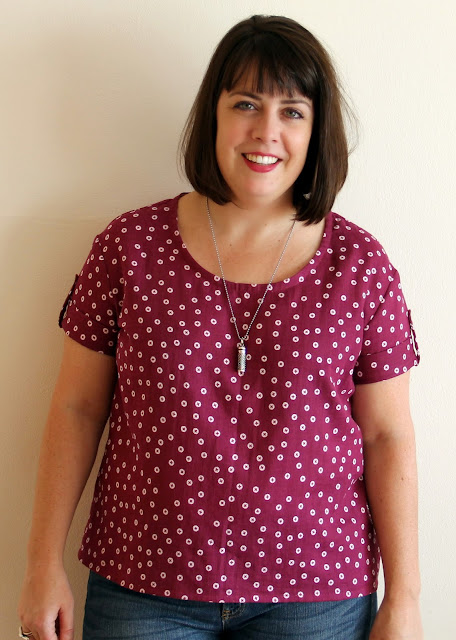 The Onyx Shirt is a boxy, dartless woven t-shirt (not dissimilar from Grainline Scout), but with some fun details: slightly dropped shoulders, cuffs and epaulets, a slightly dipped hem. There is also a cropped version and two different necklines, high and scooped. 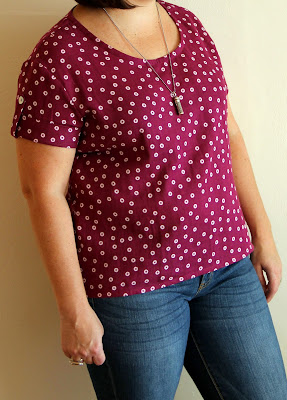 I made the full length version with the scooped neckline, cuffs and epaulets. 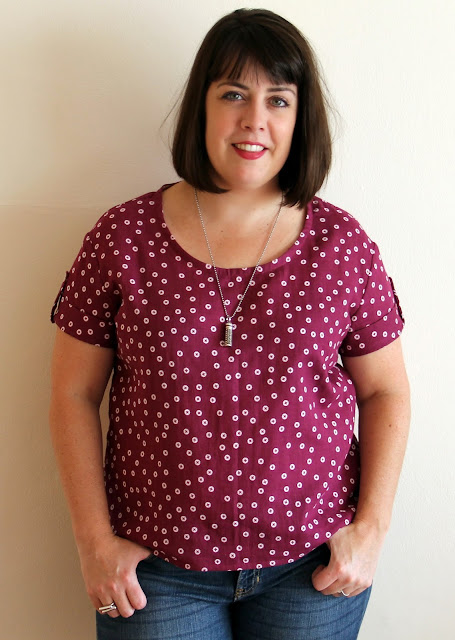 My fabric is a pretty magenta/maroon Kokka double gauze from imagine gnats (affiliate link). The shop doesn't have this particular colorway in stock right now, but has the charcoal and metallic gold versions, plus all sorts of other double gauze goodies up for grabs. This stuff is so soft... sigh. Want to sew with all the double gauze... 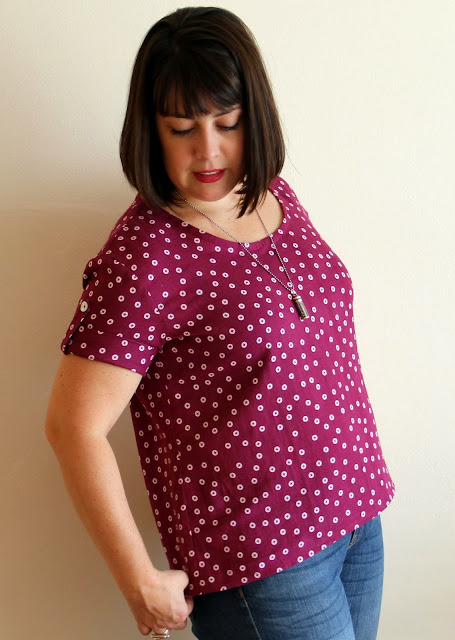 I used some little mother-of-pearl/shell buttons on my epaulets: 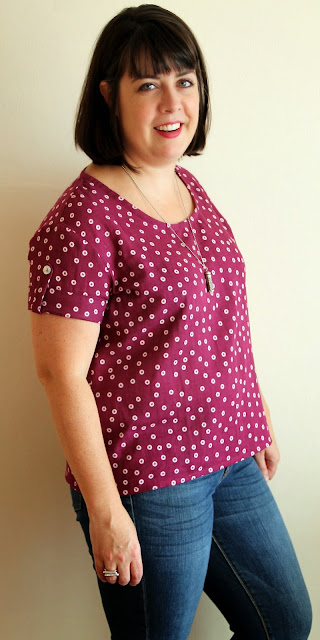 I found that the Onyx pattern went together really well and the instructions were quite clear. 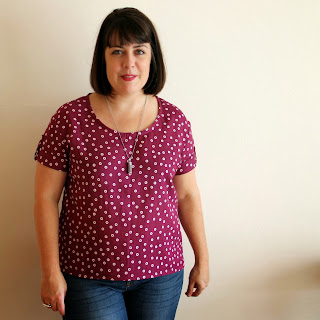 I'm not totally in love with my Onyx for a couple of reasons, though: one fit and one style.

First, the fit, which is mostly my fault because I went without a muslin: the arms are quite tight. I should have used a smaller seam allowance on them. This has happened to me before (see Morris), so it's not that surprising. 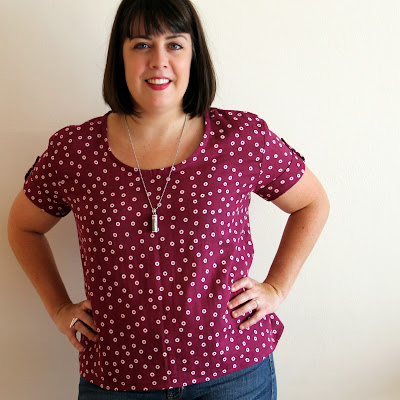 Second, the style: I'm just not convinced that this style of dartless top is that flattering on my body type. It looks great on some people, but for me, eh.  It's a fine casual shirt, but I don't look at myself in it and think "Damn, girl!" I realized that I feel the same way about all the Scouts I made back in the day, too, so it's not an Onyx thing, but rather a Meg thing. I don't know... maybe it's just my fabric choice. While double gauze is fluffy and soft and lovely, it's not all that drapey. Perhaps in rayon challis it would be more flattering on my body shape? 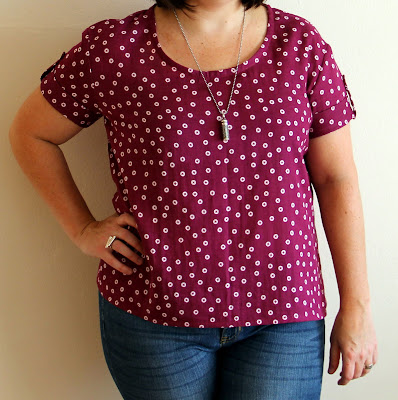 That said, I am super curious about the cropped version of the Onyx t-shirt... when I received the pattern to review I only had the line art and conservatively opted for the full length shirt, but once I saw Onyx in real life/fabric form, my interest was piqued. With those waist darts to give it some shape, maybe I could rock it with one of my many high-waist skirts, like Brume or Arielle? 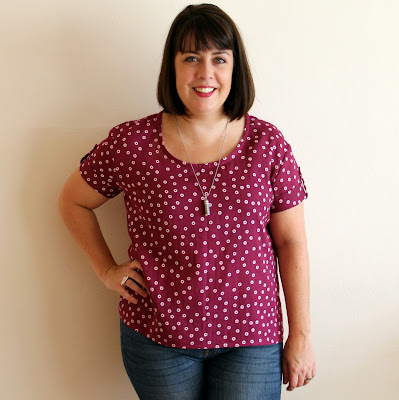 Anywho... those are my thoughts on Onyx, a well drafted casual wardrobe basic with some fun little details.

The pattern is on sale for 15% off until this Sunday at 12:00 am Central European Time, so if it strikes yours fancy, get on it!  What do you think? Are you digging Onyx?
Posted by Meg at 8:43 AM