In which I share awful photos of an awesome skirt... 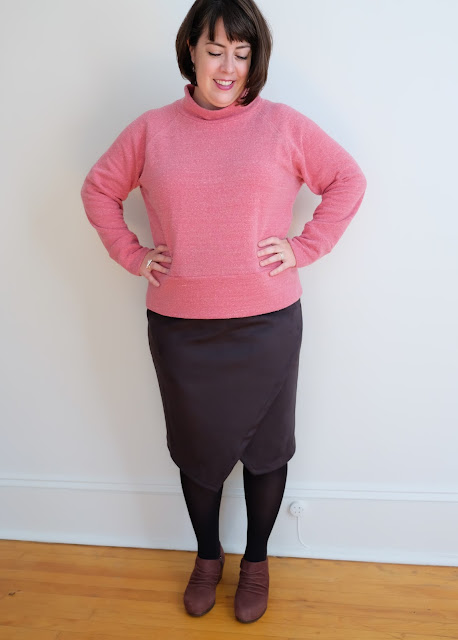 After admiring Halle Skirts from Lara and Pauline, I bought the pattern during the most recent Style Arc sale.


The Halle skirt pattern looked like good bang for the buck: an easy-to-sew, but dramatic asymmetrical stretch pencil skirt. Yup. I love how professional the mitered corners look on those front wraps and how it could look cool with a t-shirt or a big fluffy sweater, which is how I imagine I'll wear mine come fall and winter. Here I've paired it with my Toaster Sweater. 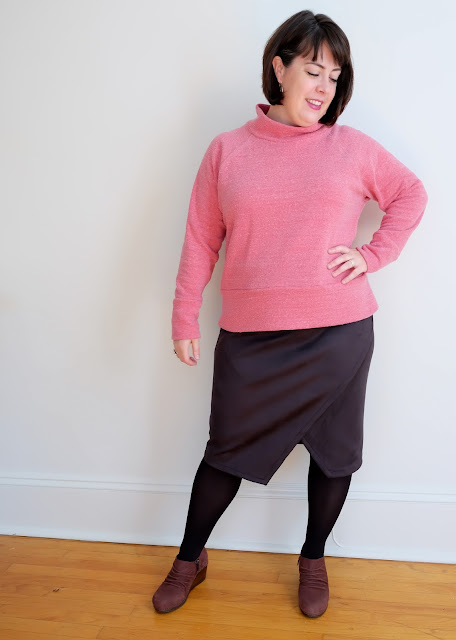 This skirt was a really quick sew. It only has three pattern pieces plus the waist elastic, so it's two side seams, the hem and the elastic to sew. The elastic is just sewn to the top of the skirt, folded over and secured at the side seams. That's the only part of the skirt I'm unsure about, functionally... will it flip itself outward? 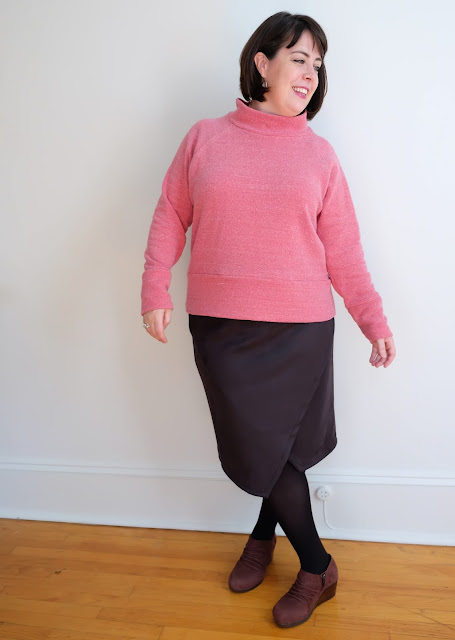 Perusing the aisles at Joann fabric, I found what I thought might be a fabulous fabric for this skirt- a sueded scuba knit from the Nicole Miller line- it's super soft on the outside and looks like micro-suede, but the inside feels more scuba-y. It doesn't look like it's available online anymore, but in the store it was in the clearance section and I had a coupon, so despite the high initial price tag, it was reasonably priced. Those coupons, man, they'll get you. I've been to Joann several times since returning to the States and have such a love/hate relationship with it. There is a lot of crap fabric, I don't love the way things are organized, and I always feel like there are so many restrictions on their coupons. But there are also some gems to be found and deals to be had. Hmm. 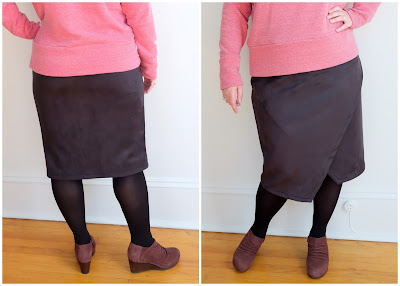 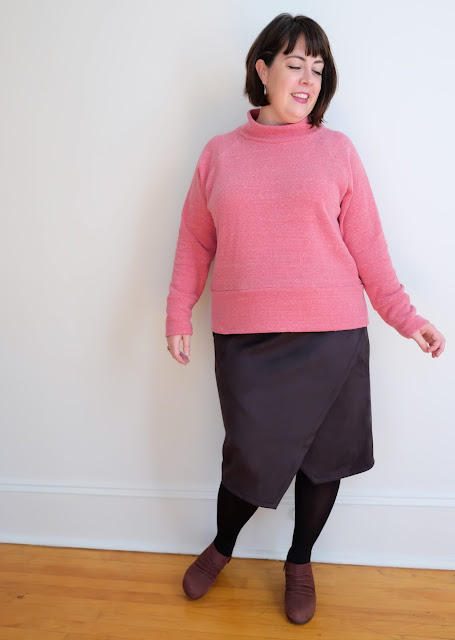 As you can imagine, the scuba didn't press very well, if at all, so the seams are bulkier than I would like, especially where the front is doubled at the hip and front top waistband. I'm going to try to re-press them open, or maybe even hand-stitch them open if I'm really desperate. 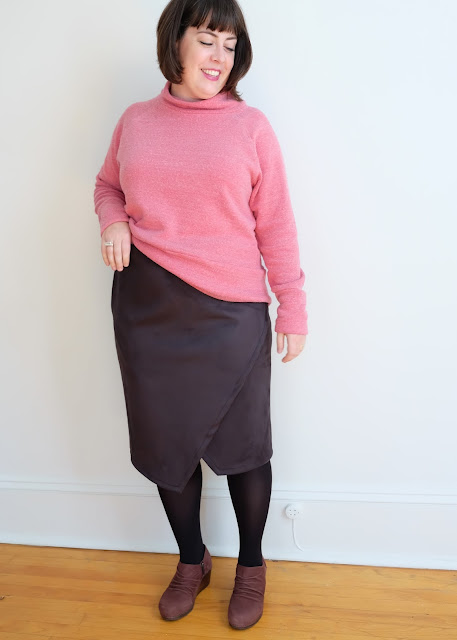 Sorry for the terrible photos! This actually the second set of terrible photos I took of this skirt. They really don't showcase the skirt very well. I've never claimed to be good at photography, but usually the photos are at least serviceable. But occasionally there is a garment that just refuses to let me photograph it in a way that does it justice. 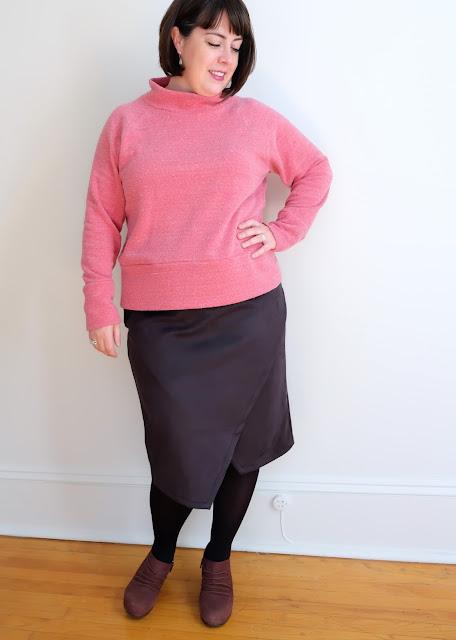 I really love this skirt, though! I'll definitely be on the look-out for more cool fabrics that could work with the Halle pattern. 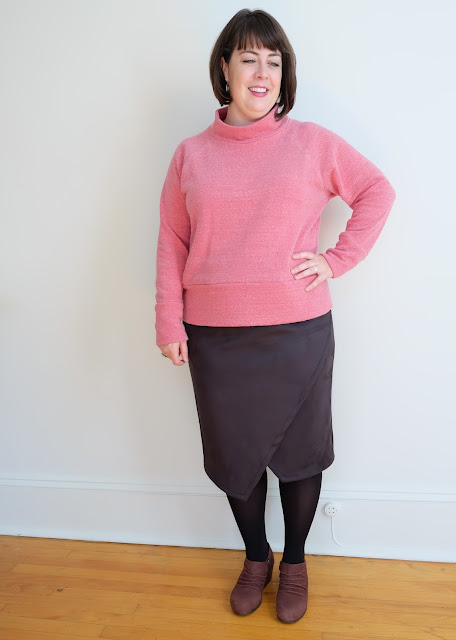