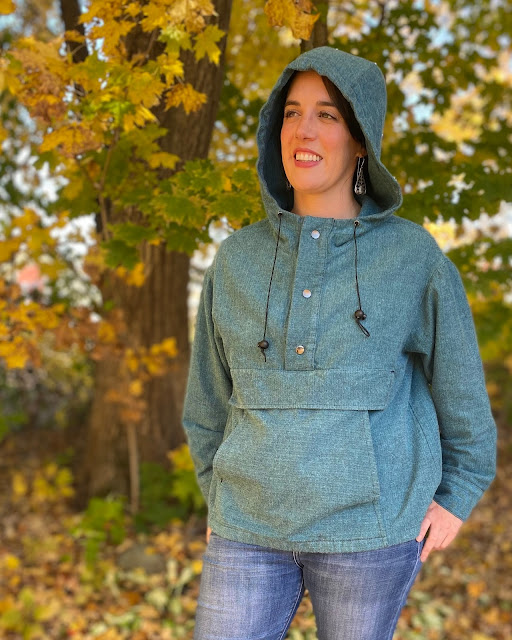 Last year I bought my niece a hooded flannel pullover from Vermont Flannel. My sister expressed an interest in a similarly cozy piece, but we weren't enamored with some of the fit and finish elements of the purchased one (didn't like the buttons and toggles, shape too straight through the hips for her).
I told her I would make her one for her birthday instead... She's had this hoodie for a couple months now and I think she's worn it a bunch! 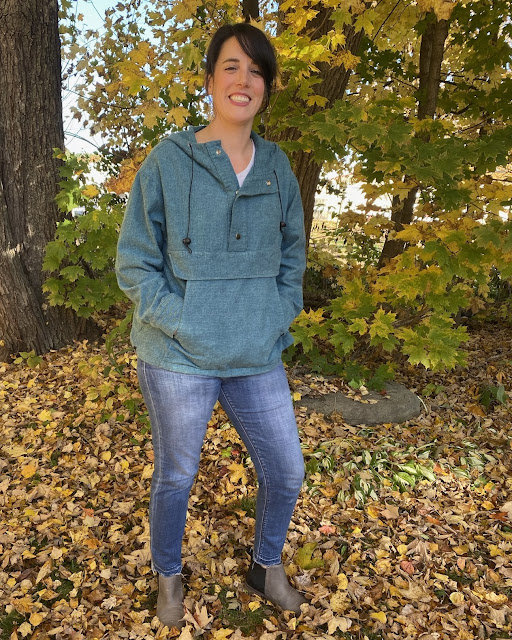 I poked around looking for a woven hoodie sewing pattern and landed on the Style Arc Kennedy Hooded Top. This pattern seemed like it could work for stable knits or wovens, and has a pieced, fully-lined hood, a kangaroo pocket in the front, a two-piece sleeve, and snaps on the front placket and cuffs. 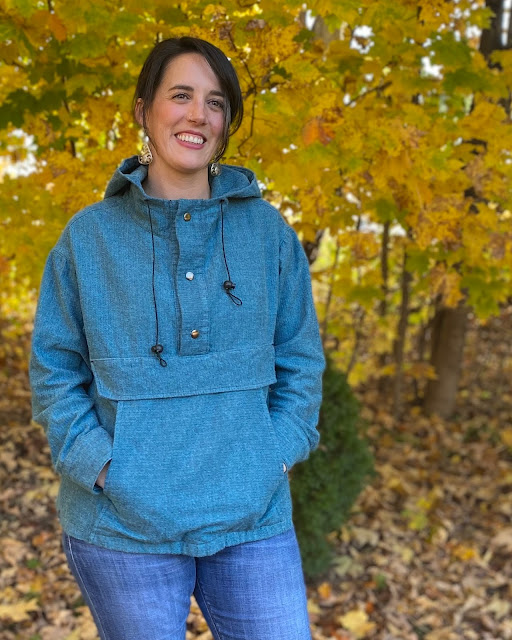 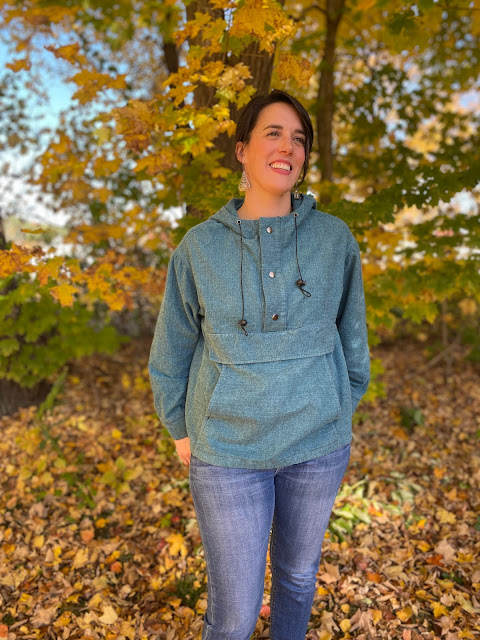 The fabric we chose for the flannel hoodie is a Shetland Flannel in Ocean from Stash. This stuff is lovely to work with. It's super thick and cozy, with a soft, brushed finish, in a lovely color. I have used this fabric twice before (see Archer and LB Pullover) and knew that I loved it, so it was a no-brainer. 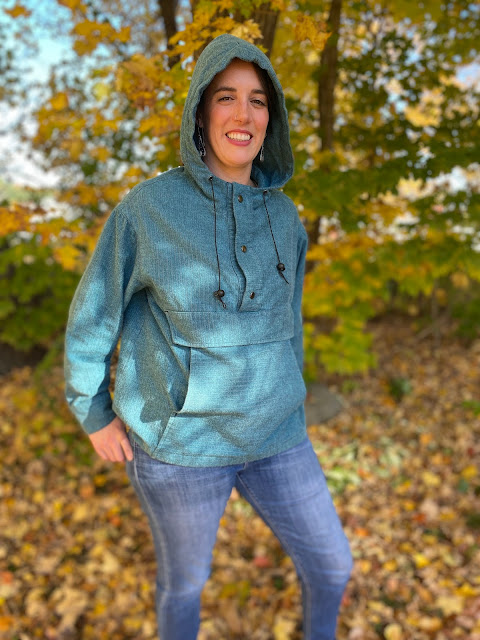 Style Arc's instructions are what you would expect for Style Arc- lots of words (some of which you need to read multiple times to understand), a couple typos, not a ton of diagrams, no instructions on seam finishes. I could have used a few more diagrams. 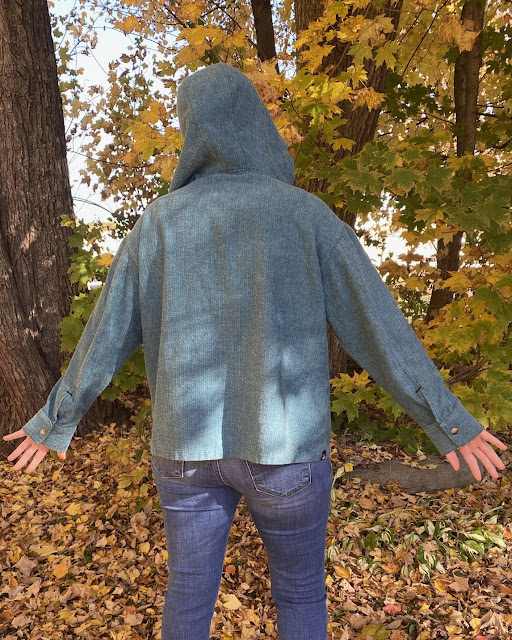 I still can't tell if the pocket flap was meant to cover a horizontal, top opening to the pocket, or if it's just a decorative flap. The illustrations/diagrams show some sort of hem at the top suggesting it might be open, but the written instructions don't really discuss it. I sewed it as a decorative flap, so the pocket doesn't have a top opening, just the sides. 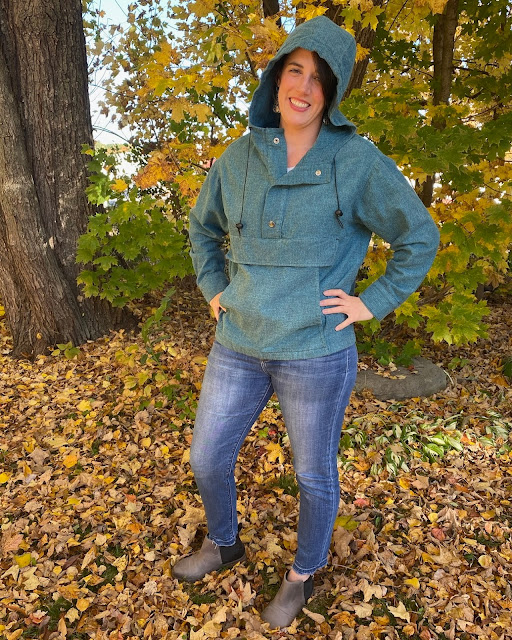 Also, the sleeves: I found them a little bit difficult to set in. The instructions actually mention that the sleeve heads have minimal ease because of the dropped shoulders, but I still found that they actually had too much ease at the sleeve head, so I have some annoying wrinkling there. 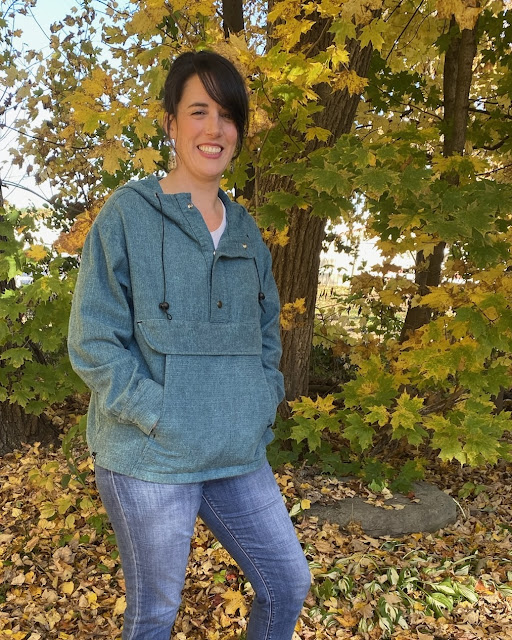 I wish I had interfaced the pocket edges before topstitching them; I'm a bit worried they may stretch out with use. 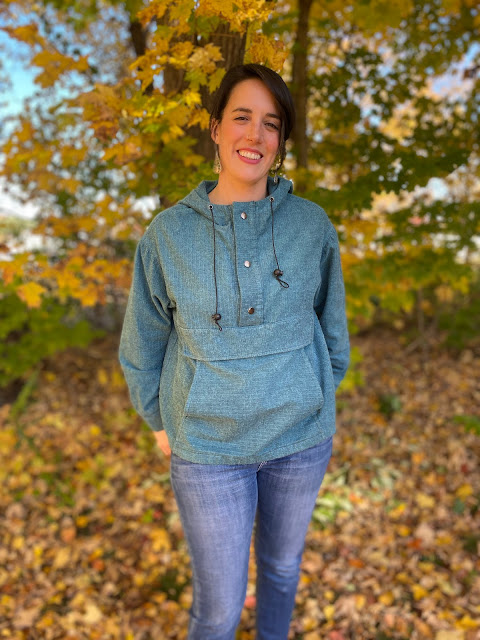 In contrast, I wish I hadn't interfaced the entire front button placket because it ended up being very thick at the center front where it connects with the lower bodice and pocket flap.  I think I would have been fine with interfacing only half the placket. Same for the cuffs. 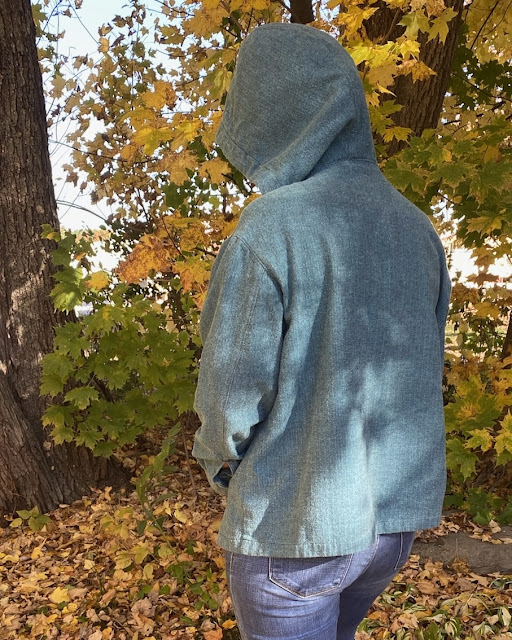 I used a different method - a two-step process- for connecting the front tabs, rather than the sandwich method suggested, for more accuracy when I topstitched.

I skipped the grommets and ties at the hip and let the hem hang straight. My sister specifically wanted something that wasn't "pinchy" in that area. The plight of the pear-shaped! I used gunmetal grey (anyone else have trouble with this term these days? can we come up with another one?) grommets and elastic cording for the hood tie. The pattern calls for the front placket and cuffs to be finished with sew-in snaps that aren't visible from the outside, but I had exactly five matching gunmetal grey heavy-duty snaps and hate hand sewing, so that decision was an easy one. I like the look of it, too. I wish I had coordinating toggles, but I just used black.

I am pretty happy with this Kennedy and I think my sister loves it! Super cozy and cute. 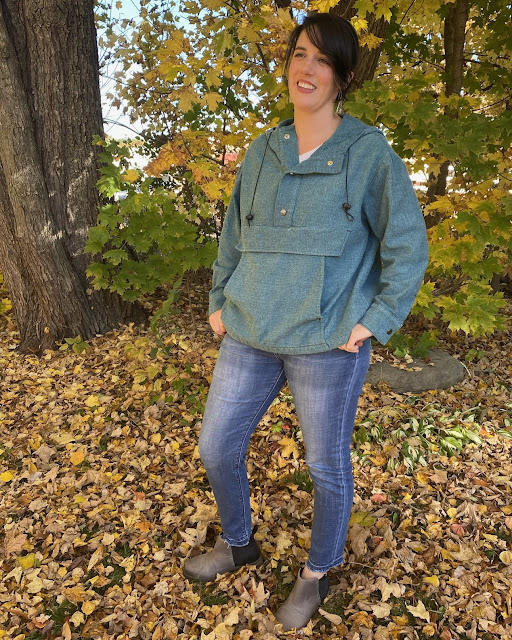