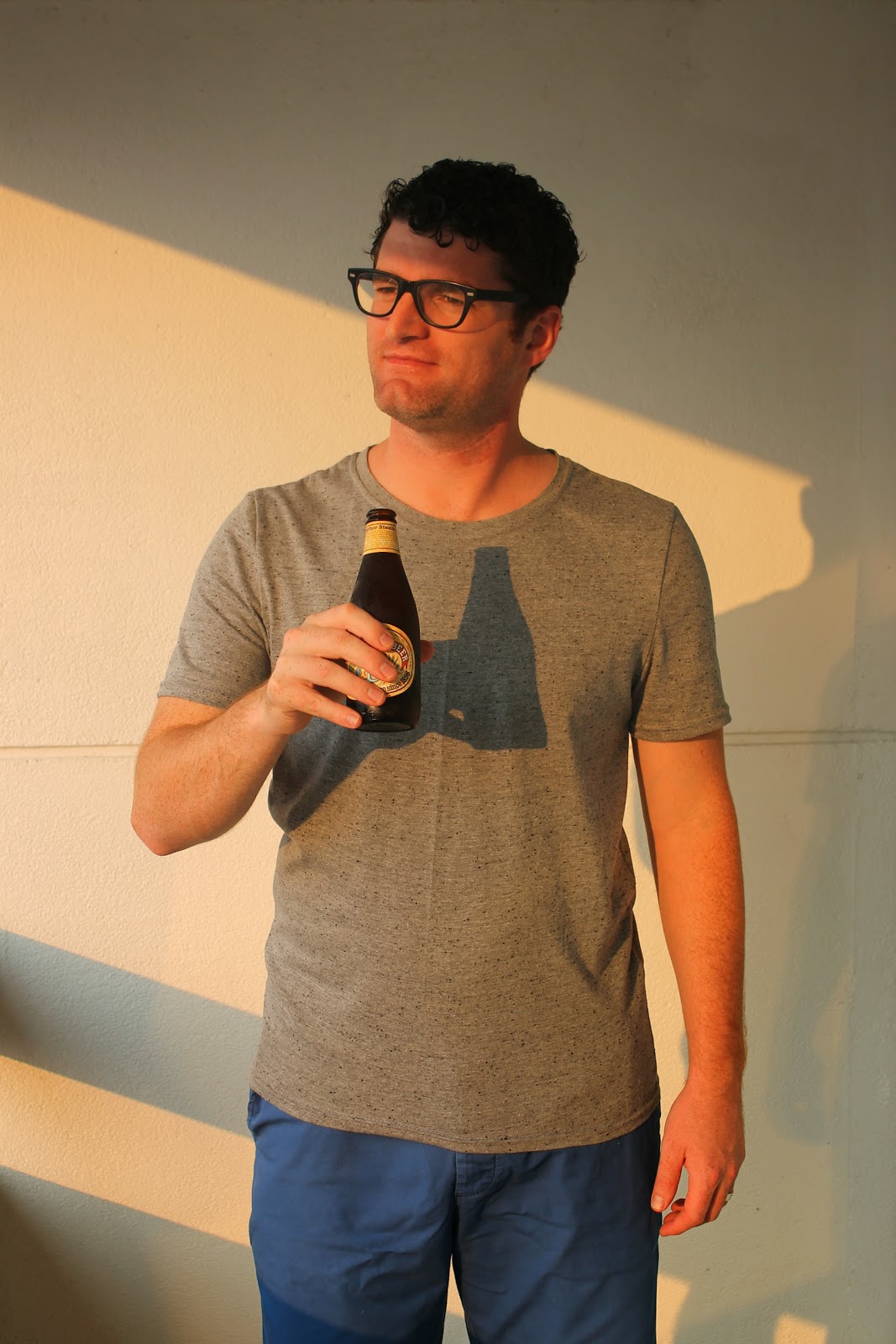 I do a lot of sewing for myself, a lot of sewing for little ones, and occasionally some sewing for other adults, but not a whole lot of dude sewing.  My first attempt at sewing for Tim, a plaid Colette Negroni, had mixed results: I am super proud of my effort and workmanship on the shirt, but Tim never wears it. Sadly, the camp-shirt cut is just not his style.  He prefers more fitted buttondowns.  Sigh.

Not to be dismayed, I am trying my hand at dude sewing again. Something from Thread Theory, a Canadian pattern designer specializing in menswear.  Martha got us an array of their patterns for Christmas (Strathcona, Jedediah, Newcastle... thanks, Martha!), all of which I am excited to sew, but I figured I would start with the simplest and most likely to be worn: the humble t-shirt.
Strathcona it is! 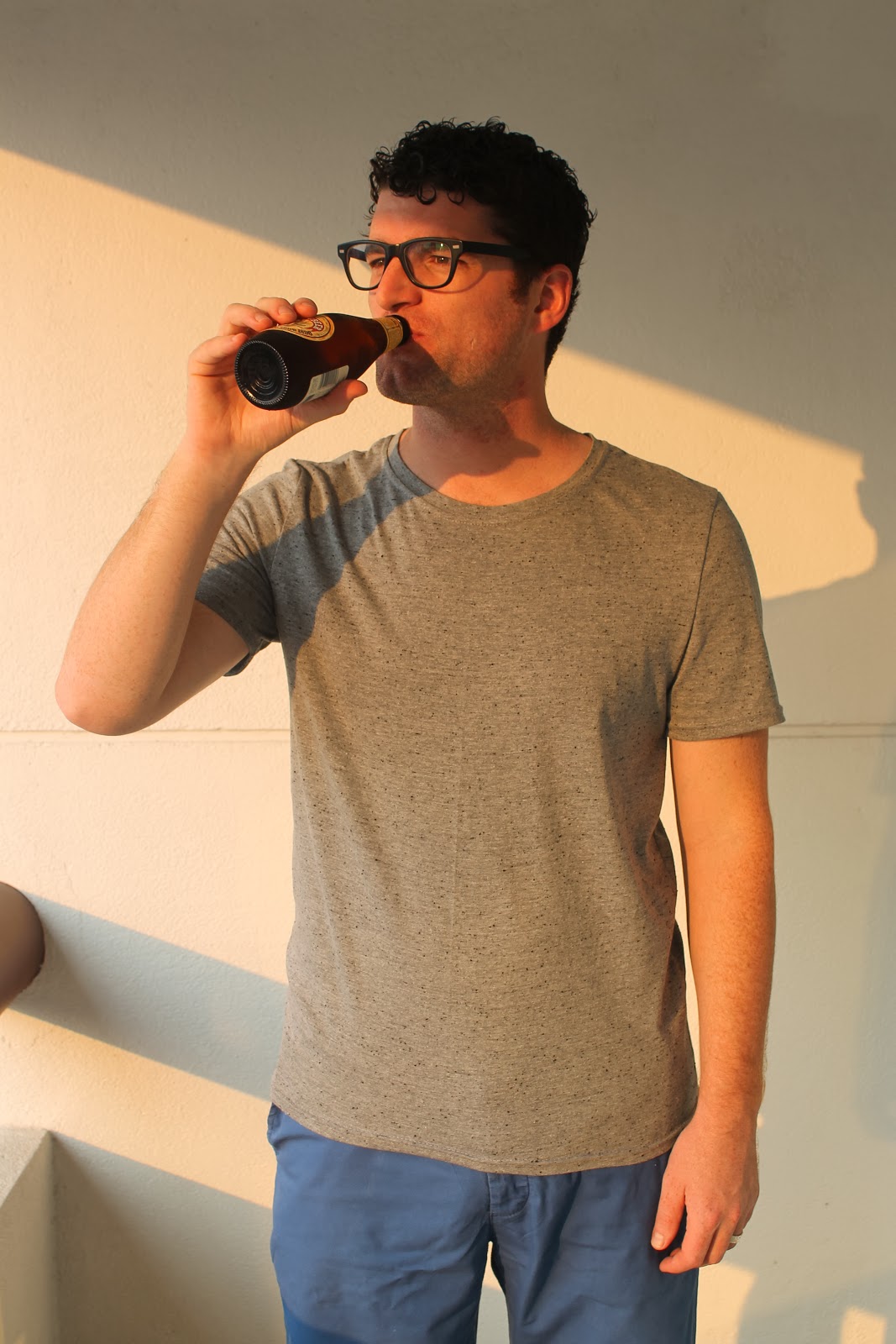 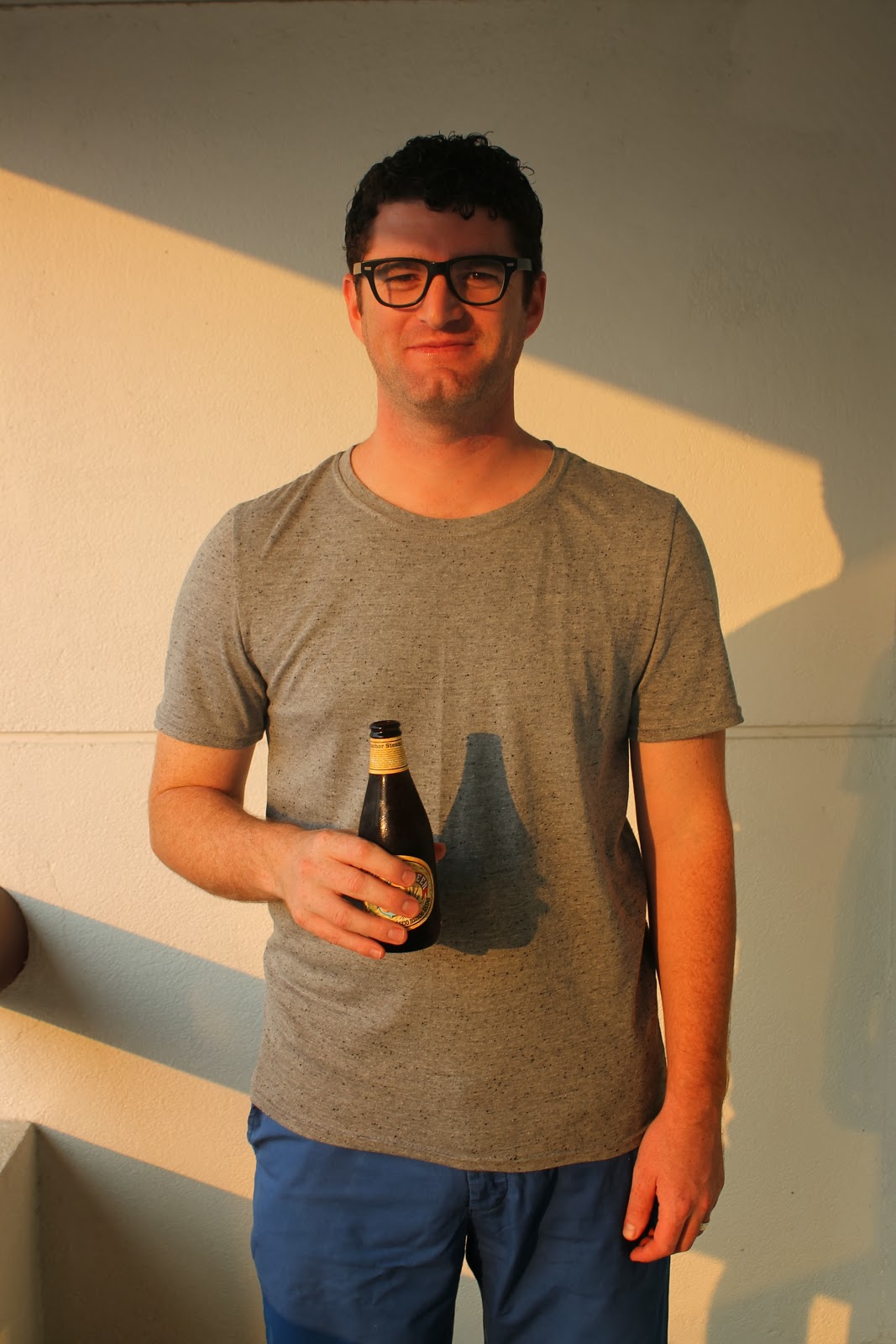 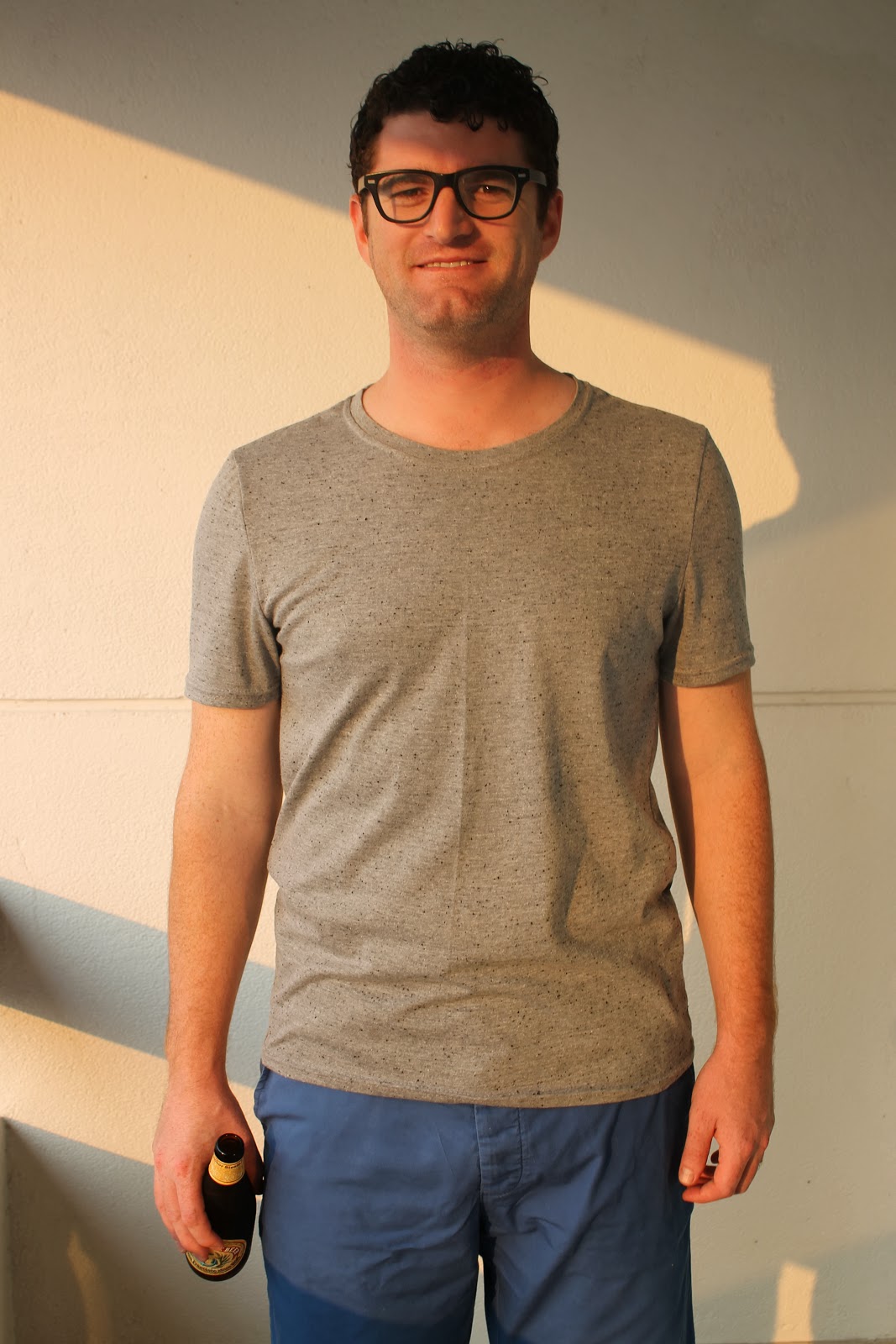 I didn't have any dude-appropriate knit fabric in my stash, so I headed to Bangkok's Chinatown (Yaowarat) to seek some out.  So far the only store I've found selling knits is L.GEmini, which sells all sorts of pretty knits off of absolutely enormous rolls.  I ended up choosing a heather grey with little black nubby flecks throughout:

Turns out they sell the fabric by the kilo, rather than by length... strange (see the scale in the photo below)!  I had no idea how much fabric was in 1 kilo, so I had the guy measure the length, too, so I knew I was getting what I needed: turned out to be 2.7 meters. 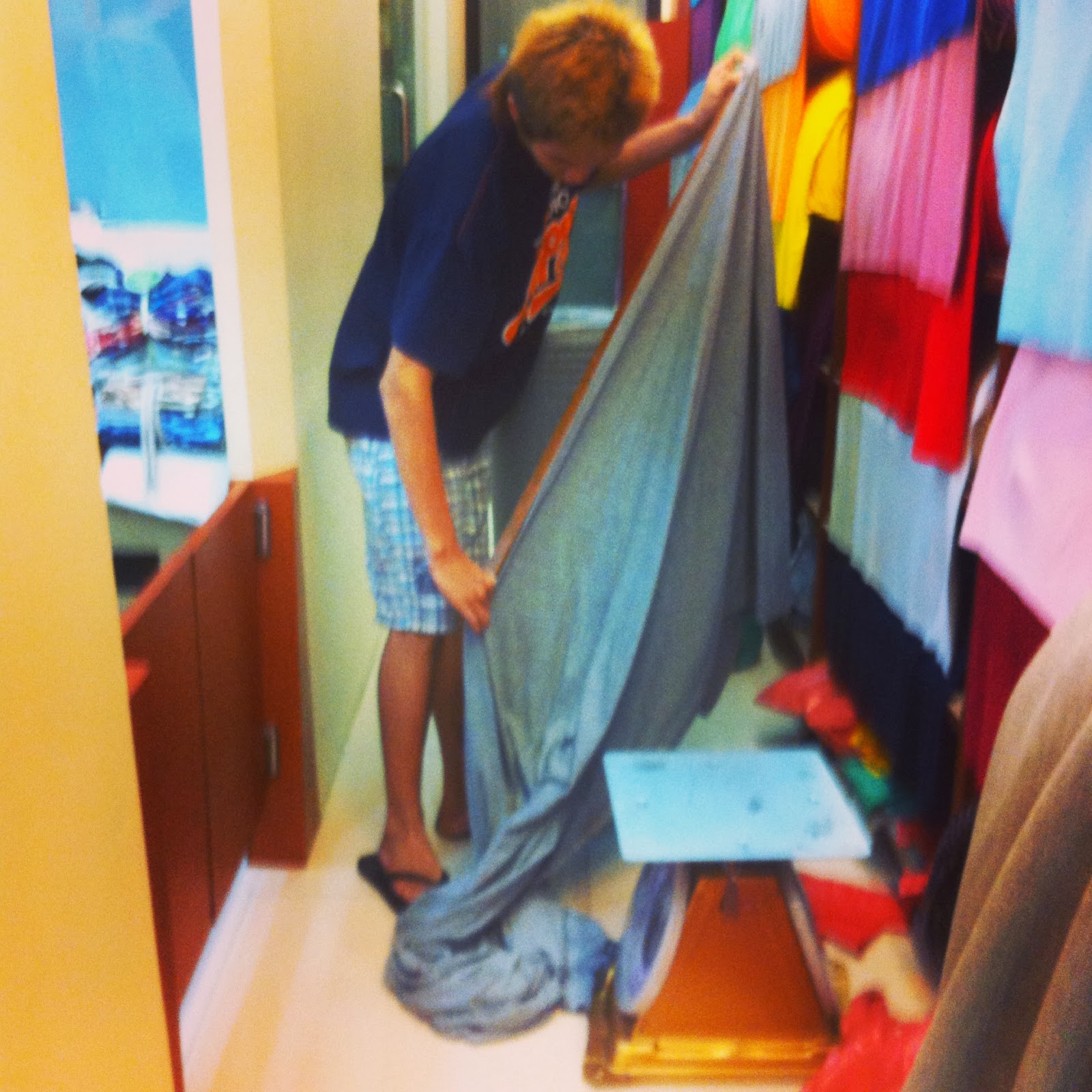 Also, the knit fabric was in tube form! I suppose the machine that makes the fabric knits in the round? In any case, I was pumped because that meant I had 2 folds on which to place the pattern (it's actually meant to be cut in a single layer, but I folded the pattern in half).  I was able to squeeze out the t-shirt from very little fabric: 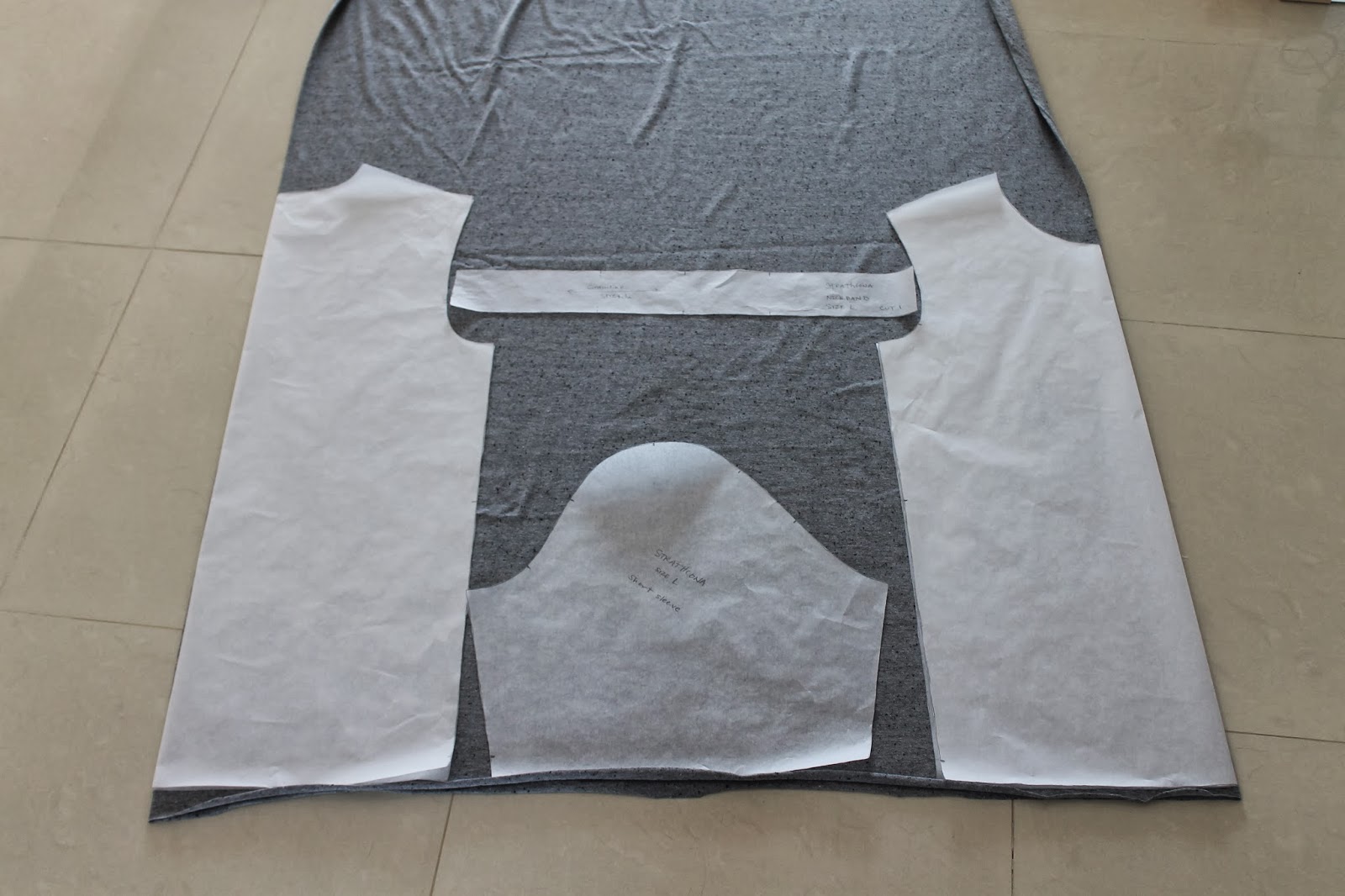 Anywho, back to Strathcona:

In any case, Tim likes his new t-shirt!  Check it out in action below (I loooove the auto-GIF function in Google+)!  I imagine it'll get a lot of wear here in Bangkok, where Tim's weekend and evening uniform is shorts and a t-shirt.  I guess the shorts part of the equation is next!