My sister just finished a visit with me in Bangkok. While she was here, we went shopping at Chatuchak, the weekend market, and she pointed out one of those loose fitting kimono-esque jackets... of course, as every sewist does, I said "I can make that!" rather than have her try on and purchase one for $5 at the market. 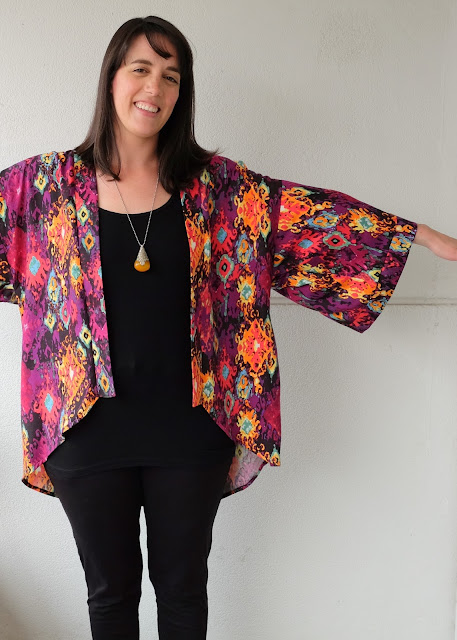 Conveniently, I had Simplicity 1318, an "easy to sew kimono for any occasion," in my stash. I think I had purchased the pattern after seeing it on Pattern Review's "Best Patterns" list for 2015, and then never got around to making it for myself. 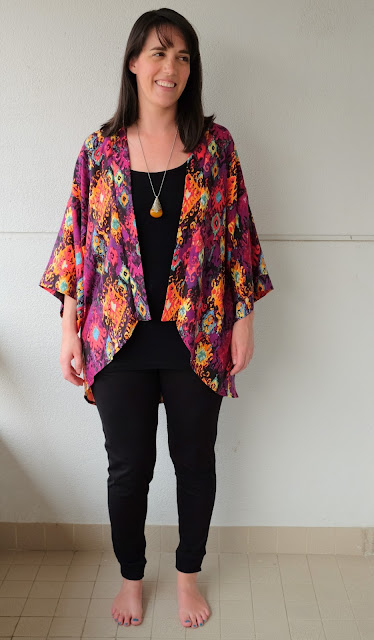 The fabric is from Spotlight in Singapore a couple years back. It was labeled as rayon challis, but feels a little bit different than other rayon challis I've worked with. Although it's equally drapey to a rayon challis, it has a softer, more brushed twill looking surface, if that makes sense. 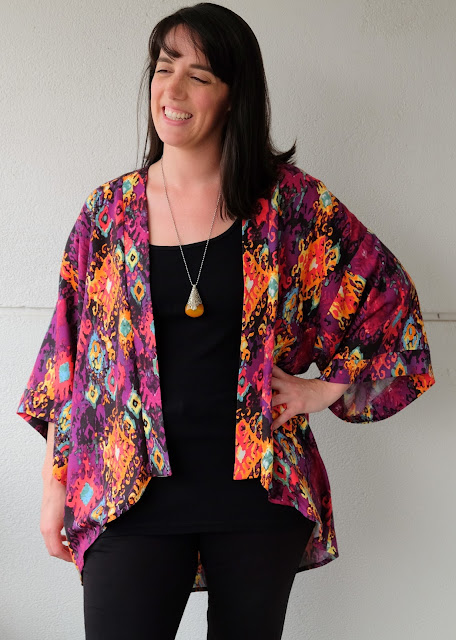 We opted for View B/C (the only difference between those two views is that one is cut on the cross grain), with the exaggerated high-low hem.

The pattern calls for interfacing the neckband. I was worried the interfacing would make it too stiff and lose the lovely drape of the jacket, but it turned out ok in the end. 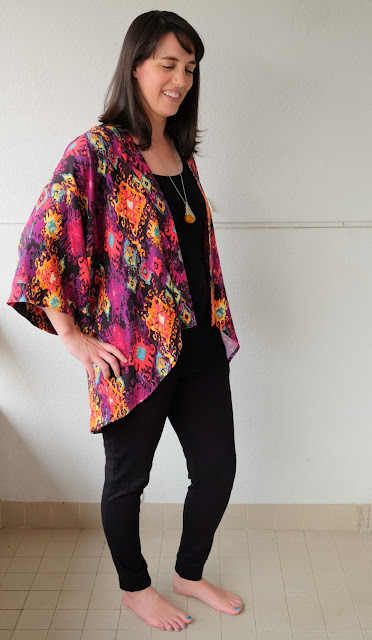 Her measurements put her at a medium at the bust and large at the hip. We went for a straight medium. The pattern is quite loose-fitting. The medium even worked pretty well for me when I tried it on and my measurements put at a large on top and XL on bottom. 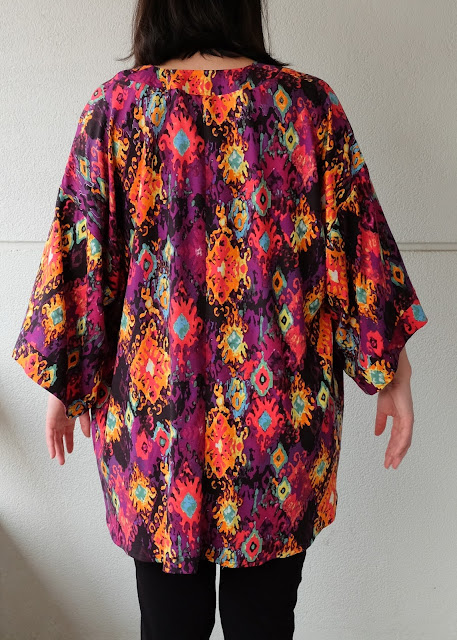 I played around with the orientation of the pattern a bit, cutting the sleeves on the cross grain to save fabric. The way it hangs most of the time, they end up vertical anyway and I figured for a print like this, orientation doesn't make a big difference. 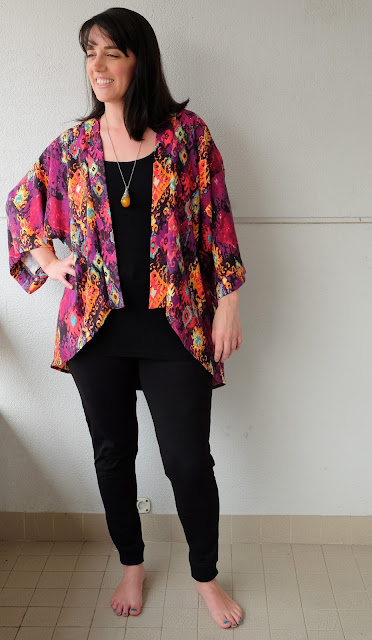 I was a little bit lazy when sewing this... I hate hand sewing (I know, gasp!). I just machine sewed the neck and sleeve bands on and serged the edges, rather than sewing the exterior band and hand sewing the inner one over the seam allowance. From the outside it looks the same and I used fun variegated serger thread on the inside, so it still looks nice! 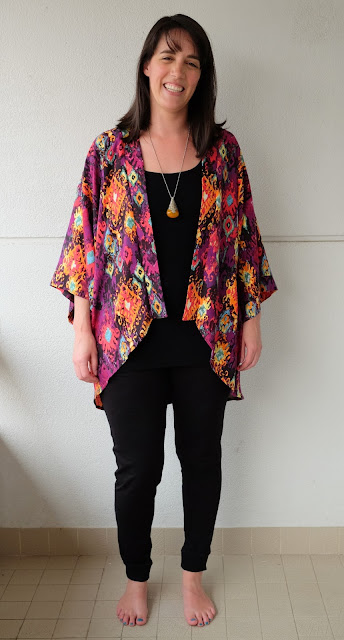 I think it looks pretty adorable on her. Comfy, stylish, perfectly coordinating with her favorite amber necklace. Time to make myself a matching one!
Posted by Meg at 8:08 PM