I'm beginning to sound like a broken record with this pattern... 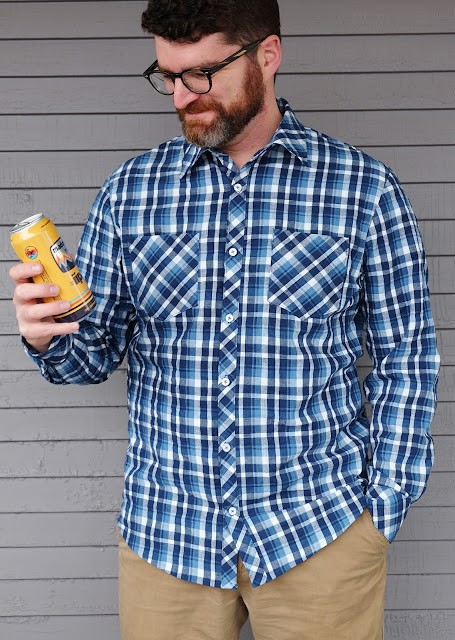 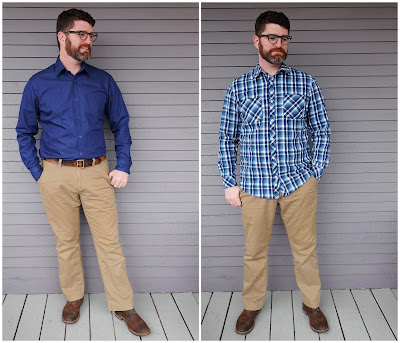 Here are two blue versions of my TNT shirt pattern for Tim, McCall's 6044 (see past versions here). Since I used the same thread color for both, I was able to steamroll through making these, chain piecing where I could! 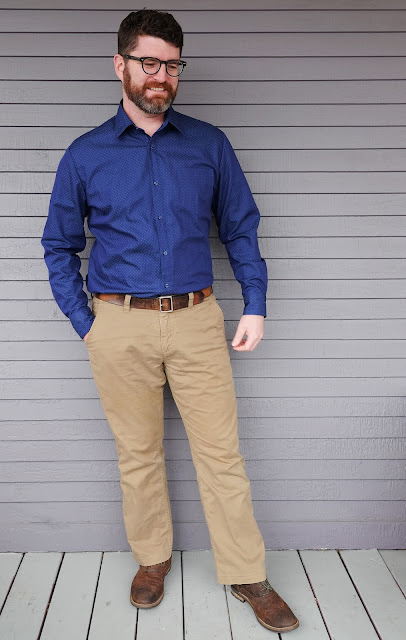 The plaid is a fabulous cotton seersucker shirting from Imagine Gnats, in beautiful shades of blue. I love that the crinkly texture of the fabric means it's low maintenance in the ironing department. 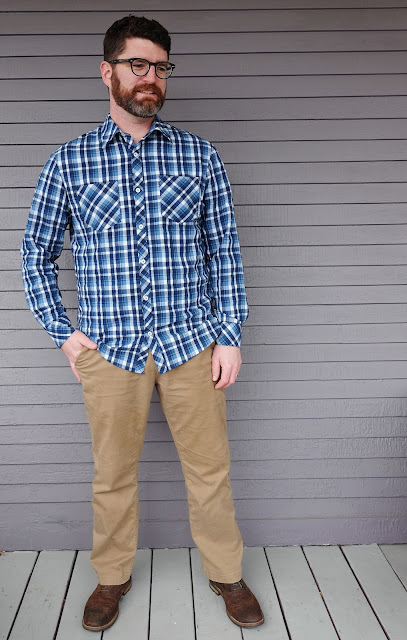 That texture did mean that some of my topstitching isn't as straight as it normally is. Not too bad, though! 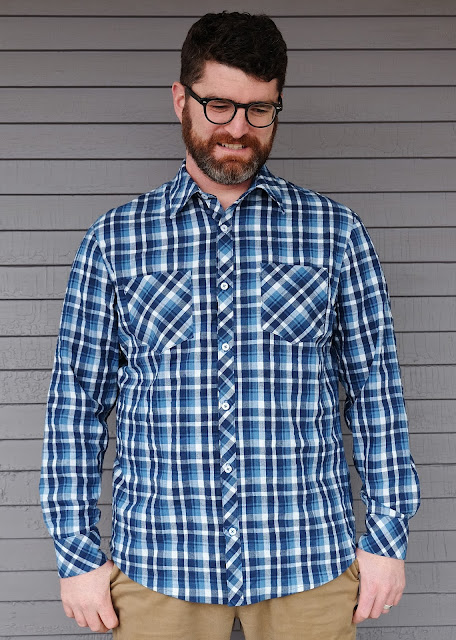 I cut as much as I could on the bias to eliminate plaid matching and provide some visual interest. 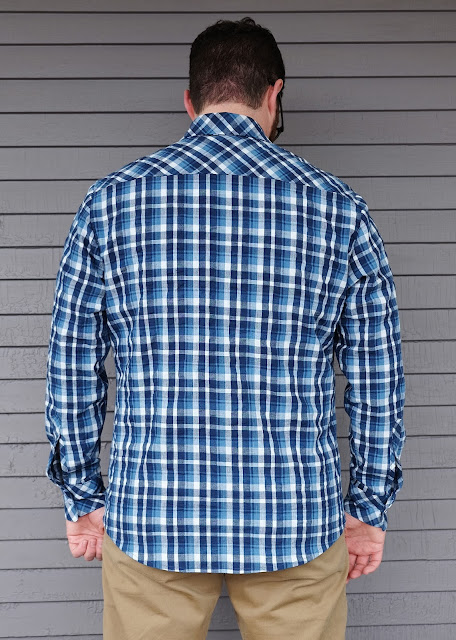 The more solid shirt is made from some high-end cotton shirting that Tim actually bought for himself when he was in India a few months back. It's super silky and lovely to sew. 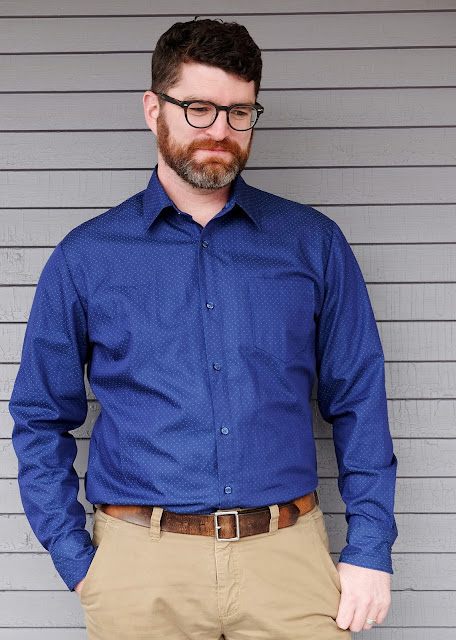 The fabric made for a nice, dressier shirt, perfect for the office. 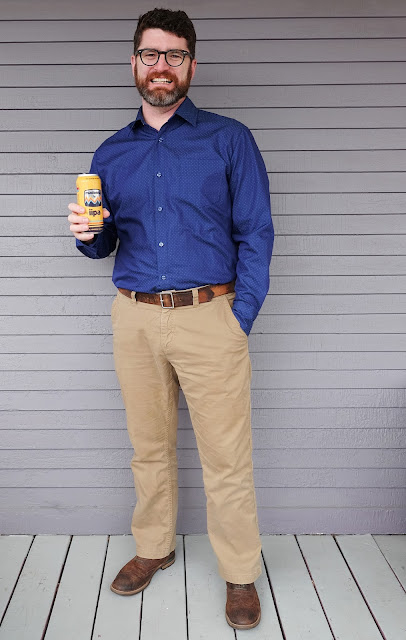 I added one detail I hadn't before, which is a tiny button on the tower placket. Why not? The packet of buttons I bought at Joann came with two tiny ones, which I could only assume were for buttondown collars, pockets, or the tower plackets? 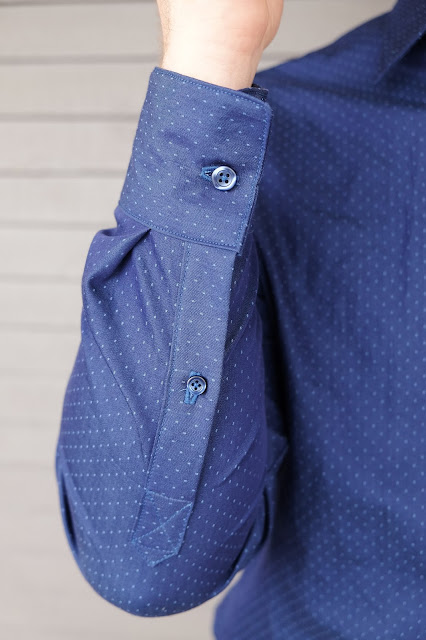 Thank you. That's all for this week's episode of "How Many Versions of McCall's 6044 Can Meg Make Before It Gets Weird?!" 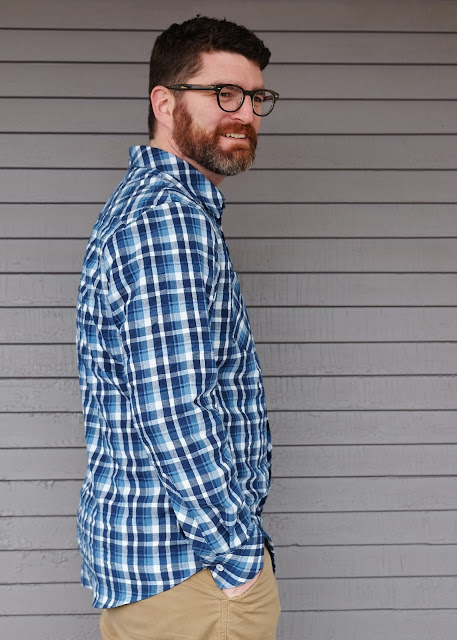 In the meantime, Tim will continue his efforts to secure a modeling gig with a local craft brew place.