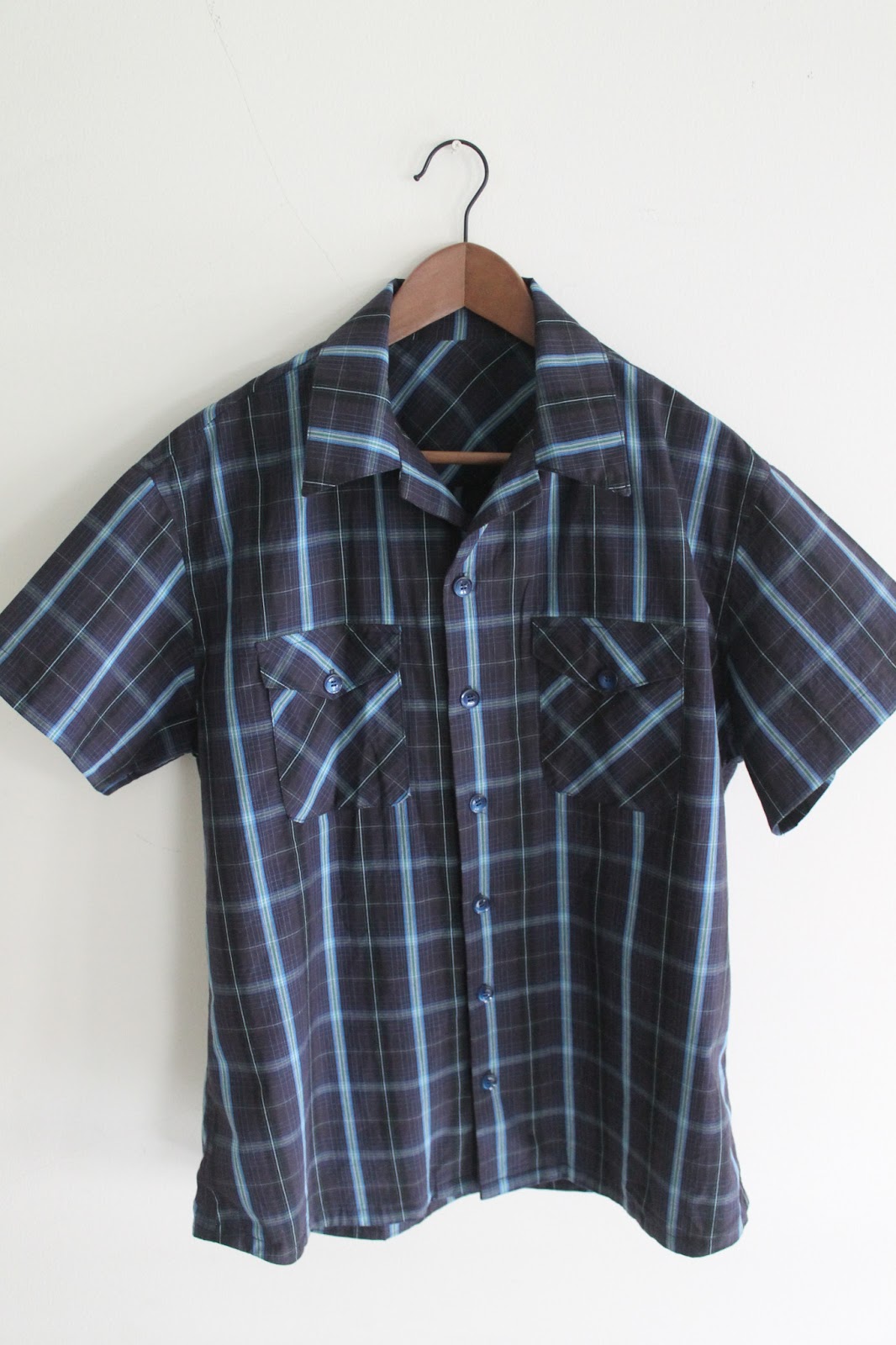 Tim gets to benefit regularly from the spoils of my cooking and baking habits, but he doesn't typically reap the rewards of my crafting skillz.... most of my crafting has been of the feminine and/or baby variety.   In order to remedy this, I decided to make Tim a shirt for his birthday (in addition to the hat, tie and awesome S'more Cake):  a Colette Negroni, to be precise.  Tim picked out (much to my dismay) a beautiful navy and turquoise plaid cotton shirt material from a shop at Pasar Mayestik near our house.  Plaid... hmmm.  I perhaps would have chosen a less risky fabric were it up to me (plaid matching = eeeek!).  The cool blue ombre buttons were from Toko Maju at Pasar Mayestik. 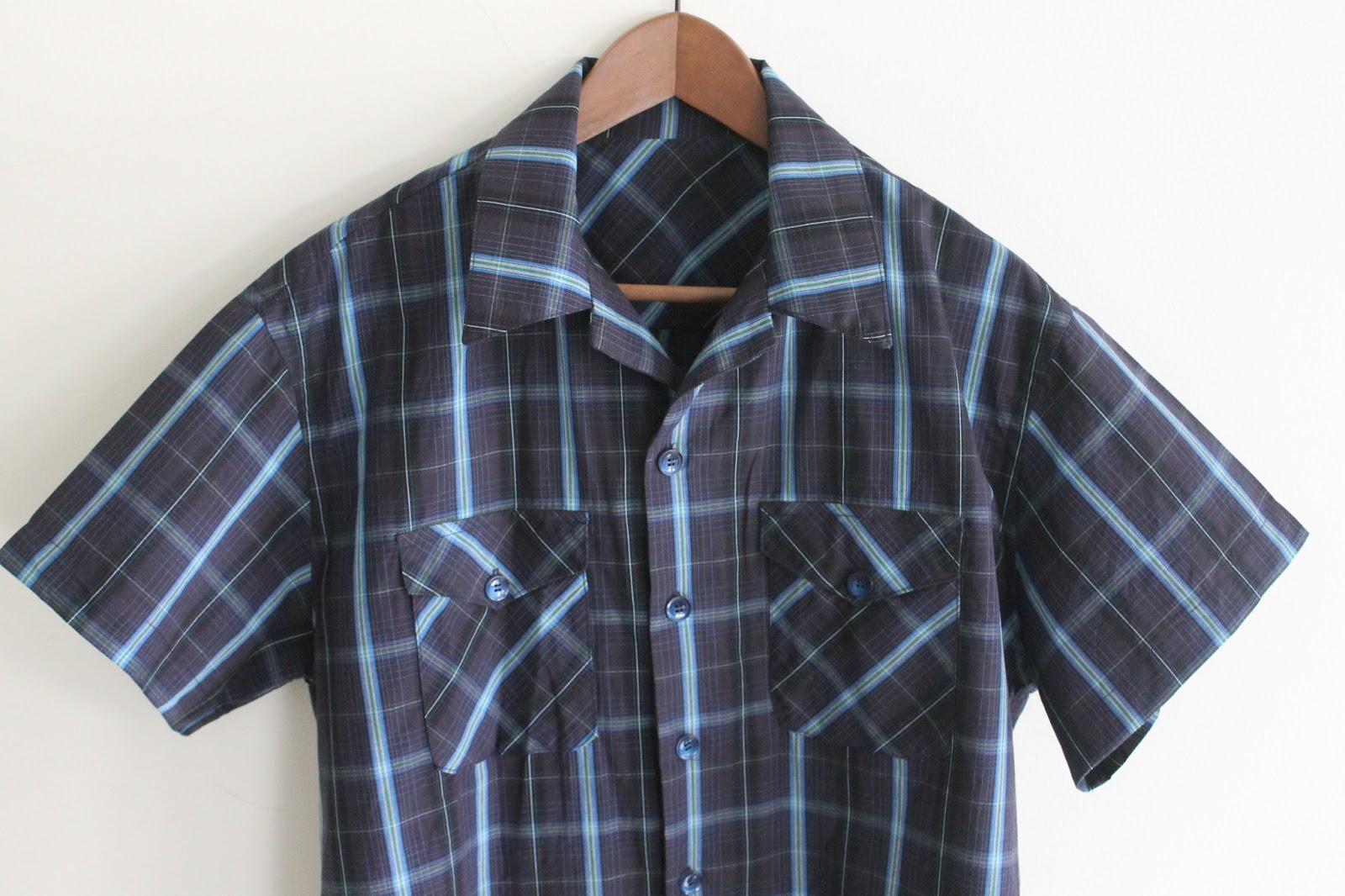 I'll be honest: I was quite intimidated by this pattern... buttons and facings and yokes and pocket flaps and flat-felled seams?  Oy.  But in the end, using the lovely and thorough directions provided in Colette's pattern while cross-referencing the sew-along over at Male Pattern Boldness, the process was actually pretty easy. 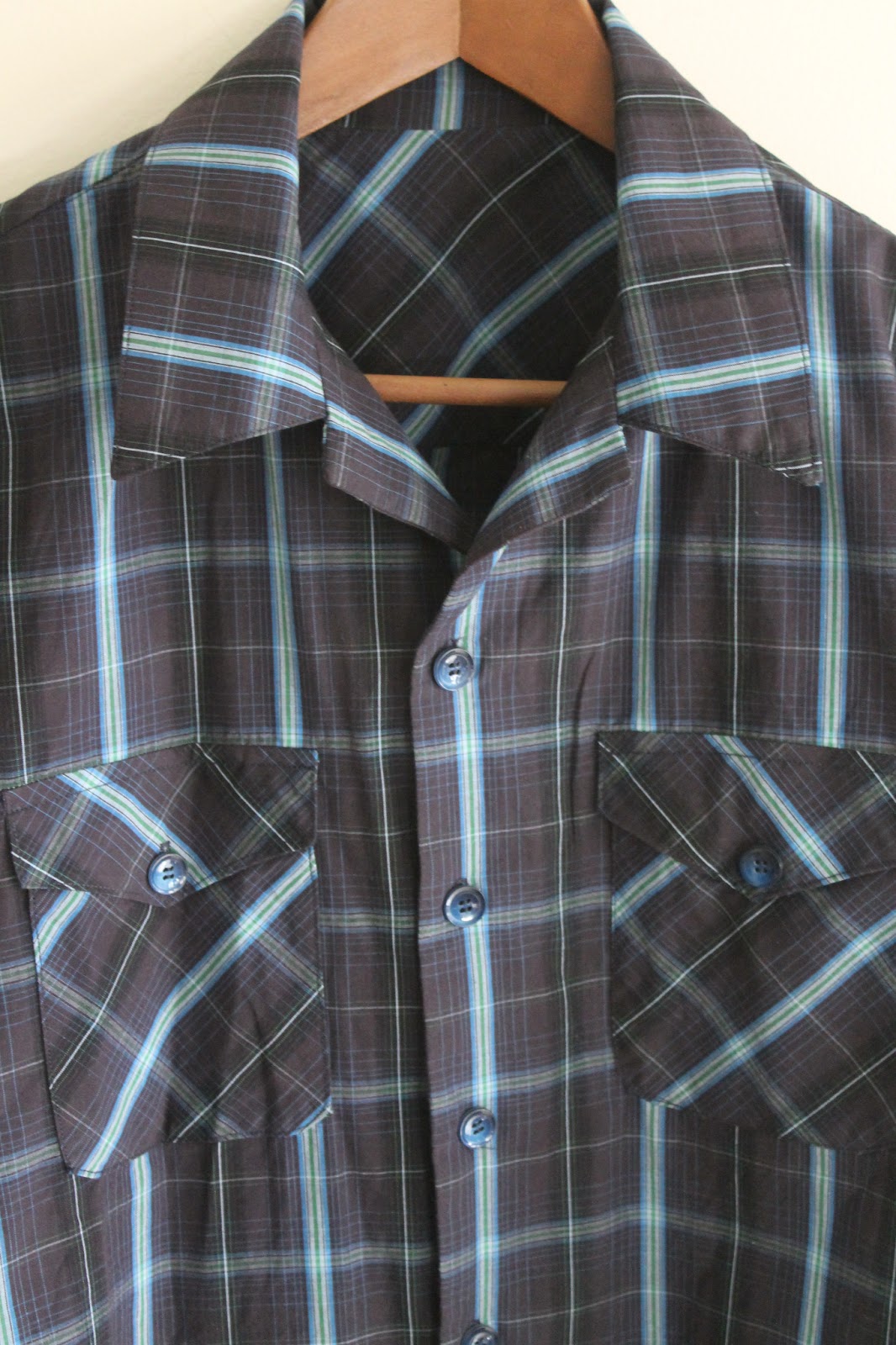 There is only one step that I was 100% confused about, 100% sure I did it wrong, but 95% sure it's not the end of the world: connecting the inner back yoke to the shoulder seams.  Also, I cheated a bit by making the short sleeved version of the shirt.. the thought of adding those sleeve plackets was just too much.  Next time. 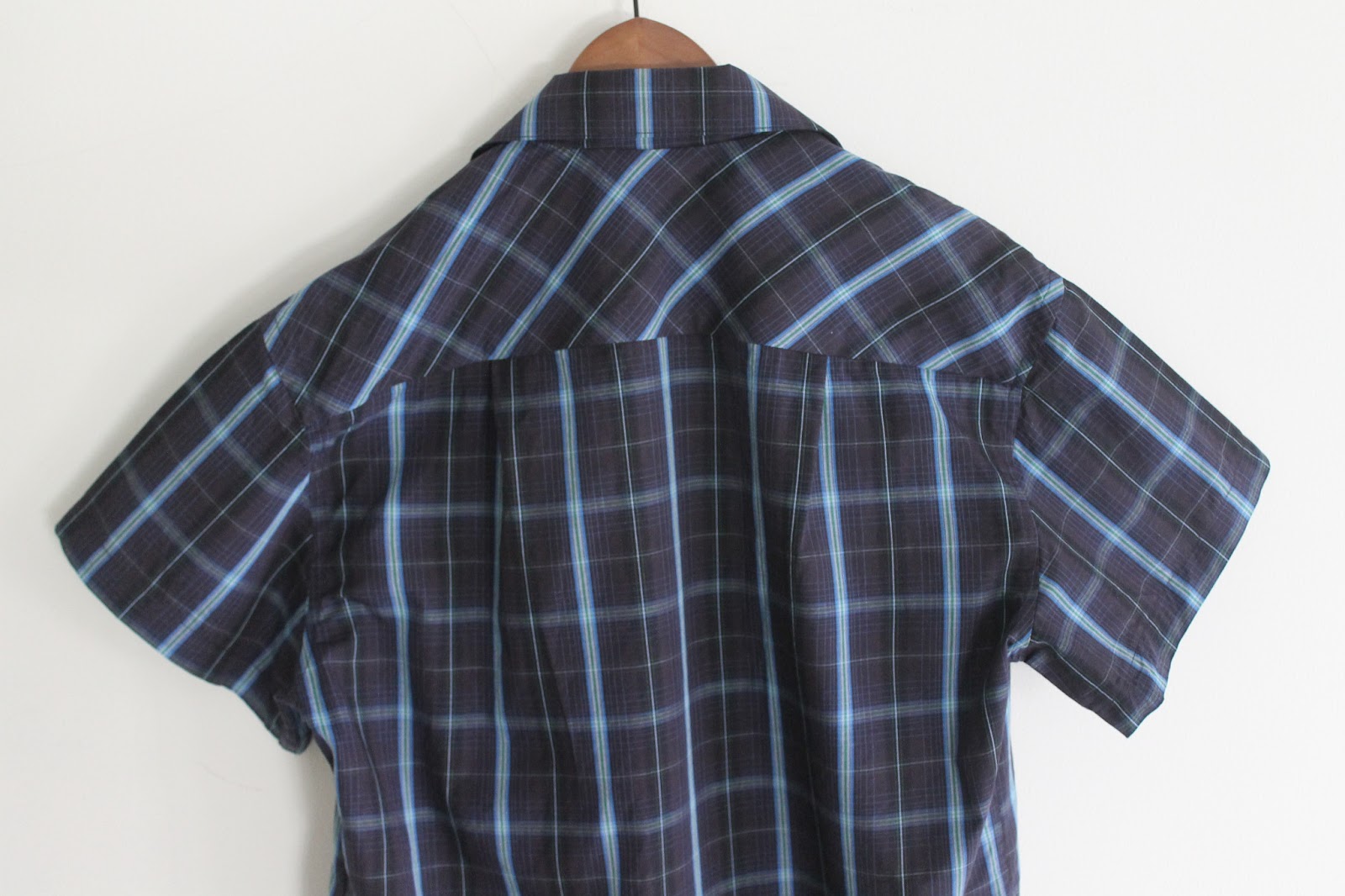 However, I did amp things up by cutting the back yoke and the pockets on the bias for visual interest (check it out, dudes!).  Plus, I made sure to cut the fabric in a way that the plaid matched in the front (only in the front... don't look at my side seams... baby steps).  I'll admit I had to cut one of the front pieces twice to get them to match up.  Yay for extra yardage! 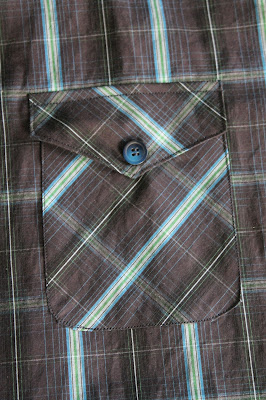 Once Tim tried it on we realized we had to make a few changes:
- Shorten the sleeves significantly, maybe about 4 inches (otherwise it had a bit of a Tony Soprano feel to it)... this lead to the sleeves being a little too wide looking relative to the length.  Hmmm.
- Shorten the body length by about an inch
- Omitted the top button tab thingy because it's just not Tim's style 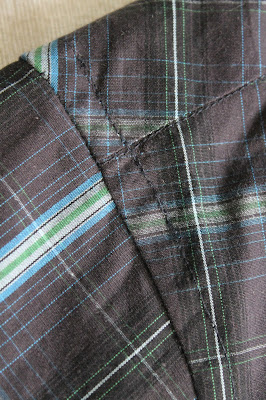 Ideally I would take it in a bit in the body for Tim- he likes his shirts to be more fitted. Also, there is a little weirdness in the shoulders.  Tim says that the Bangkok tailor who makes his formal shirts says he has sloped shoulders...  maybe one day I'll know how to alter a pattern to deal with that! 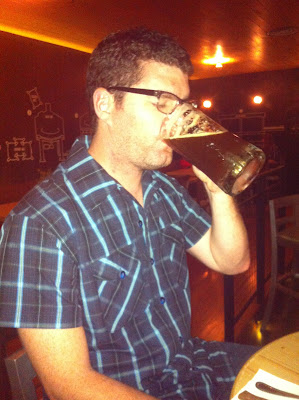 All in all, I am quite proud of the shirt, but I think next time I sew a shirt for Tim I may have to use a different, more fitted pattern.  This roomy style shirt is not really his style- he wants something a little closer at the waist and with smaller sleeves.  Perhaps Vogue 8759 or 8889?  McCall's 6044? Kwik Sew 3883 or 3506, Burda 7045 or 7359?  (P.S.: when looking for other men's shirt pattern options, I noticed that all that is offered for men at Butterick is a series of pajamas and strangely cultish robes, what up with that?)
Posted by Meg at 9:41 PM