A productive sewing weekend!  Less productive on other things... oops! 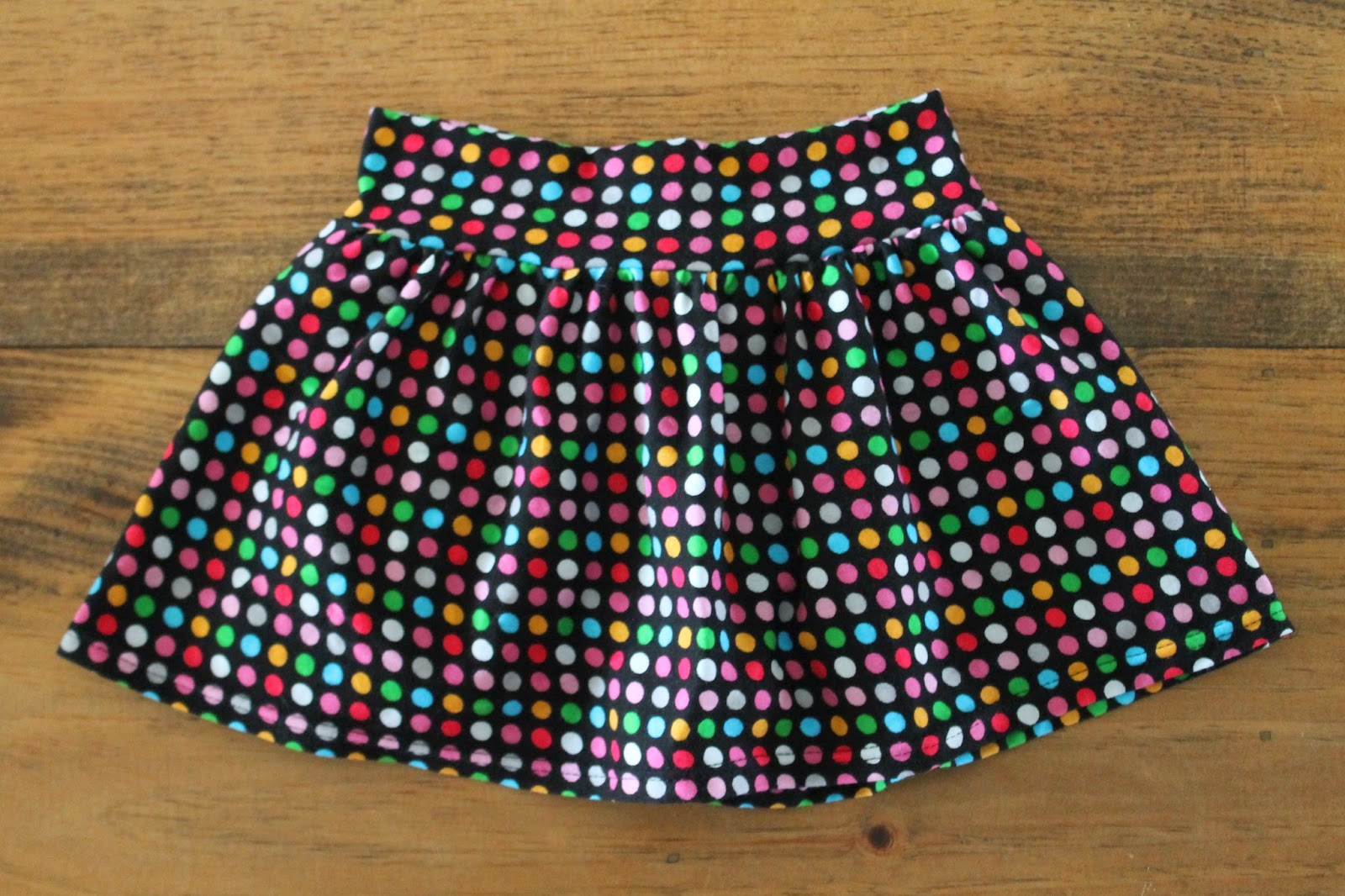 Such a cute pattern and great idea... at first it looks like a simple skirt, but then, booyah!!!
Little built-in bike shorts underneath: 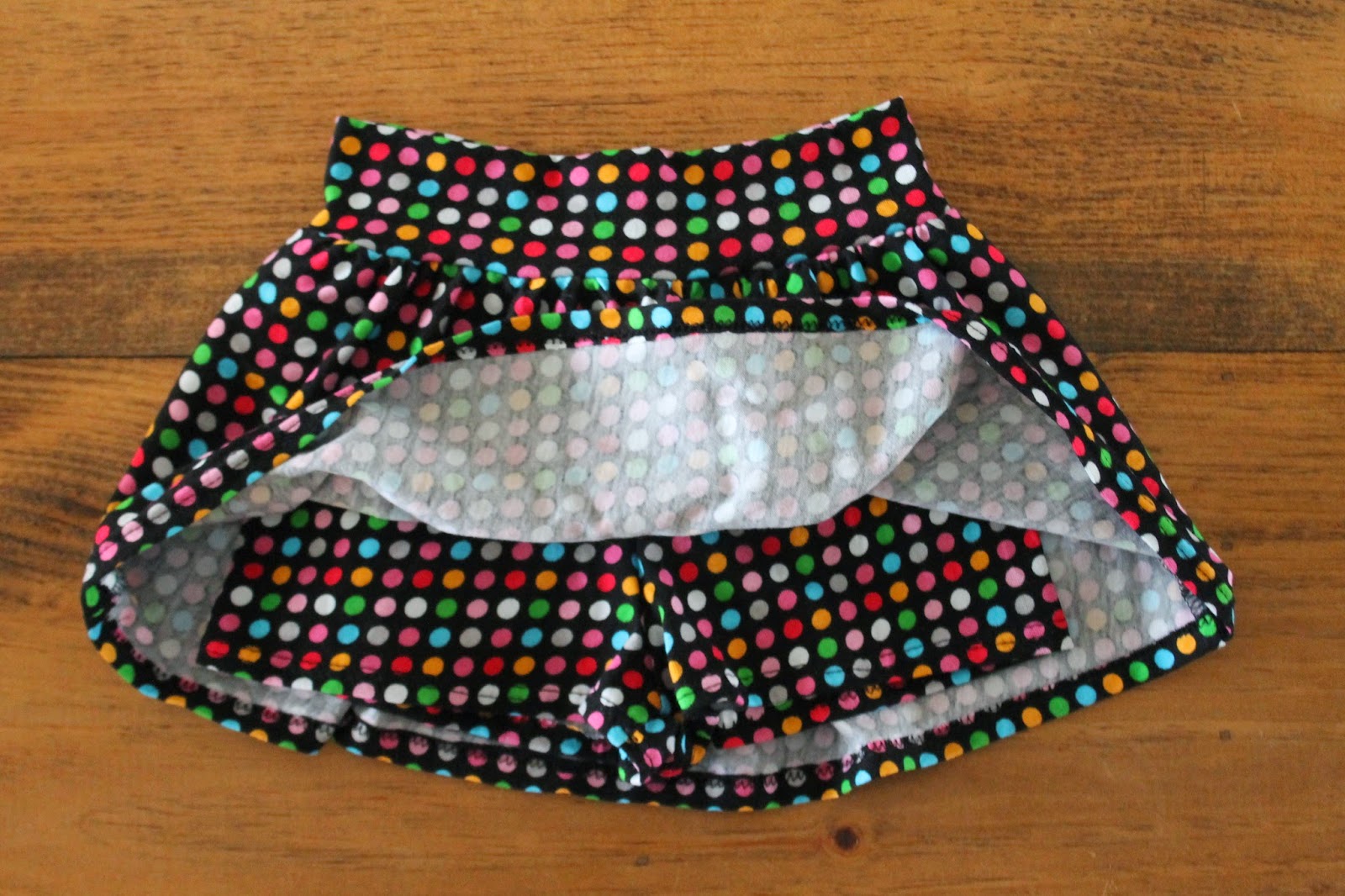 This sounded perfect for Zoe, who is spending the summer playing on her new (to her) swingset. Does the Monkey Bar Skirt count as a skort? I'm gonna vote no, because that word has bad '90s connotations for me.  Anyway, can't wait to see it on Zoe!  It's just not quite as cute when photographed flat as I'm sure it will be on her...

In any case, the skirt is crazy easy to put together. It took me several hours, but only because my serger ate the first skirt (tears!)... turns out if you don't change the needles on your serger, bad things happen.  Namely, knit fabrics start getting sucked/pushed into the loopers, ripping a hole in your project and making a giant tangled mess in the machine. Consider this a public service announcement... change your needles! Now you know, and knowing is half the battle.  Luckily the shorts and waistband part from the first skirt were undamaged, and I was able to fit another skirt out of my scraps by cutting it the non-stretchy way, which Adrianna reassuringly said in the instructions was fine.  Woo!