Something a little bit different: a sewing project from my mom! 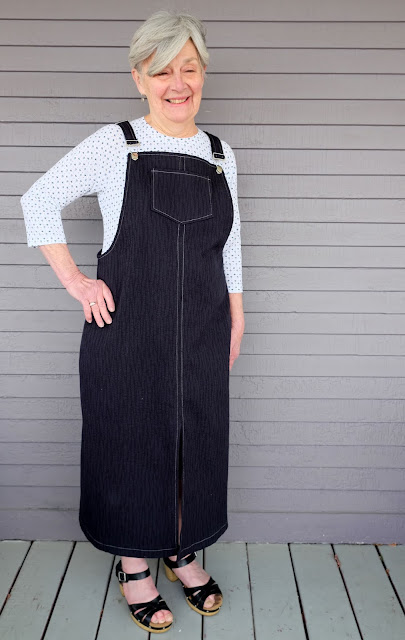 You've likely seen my mom featured here over the years... I've sewn some garments for her and we've done some sewing together. But she decided to join #SewBibs, so I'm sharing her project! 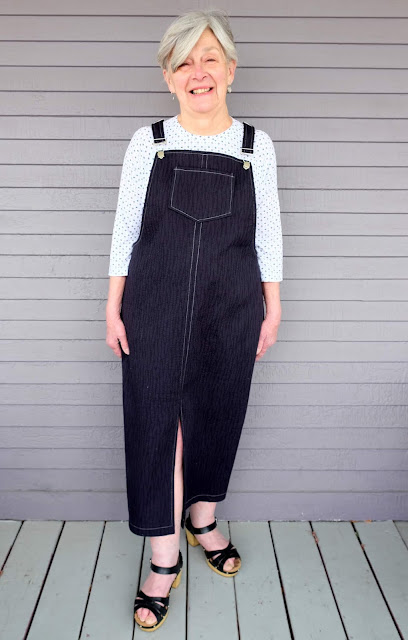 A couple years back, I gave my mom a copy of the Tilly and the Buttons Cleo pinafore pattern because I thought it was her style. She jumped on it right away, deciding she would make a lengthened version. Then it became a UFO for her, with the pattern hanging on the back of the door for a couple of years. But #SewBibs prompted her to get back to work on it! 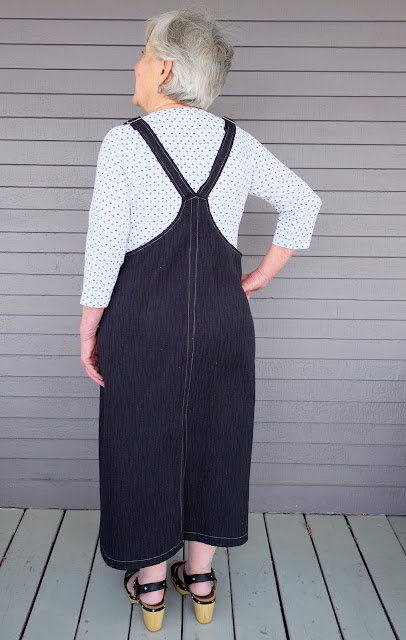 Since I had made a Cleo recently, I advised her to double check the finished measurements and consider sizing up at the hip, since I'd found there wasn't that much ease in that area. She opted to cut a straight size 7, although her measurements put her in a 4 bust, 6 hip.

Ultimately, though, she ended up grading back down at the waist area, probably to about a size 5, because it was a bit big there. She stuck with the size 7 hip. She ended up with a great fit! We probably could have shortened the straps a bit, but it's not the end of the world. 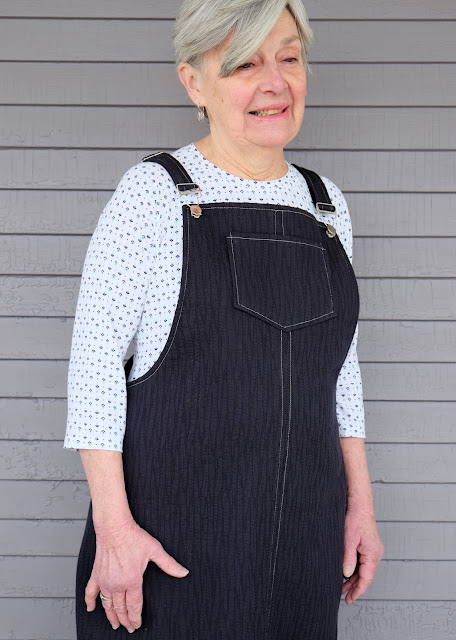 She lengthened the Cleo 11 inches from the longer version of the pattern to achieve a sort of maxi-pinafore. She opted for the center front bib patch pocket. 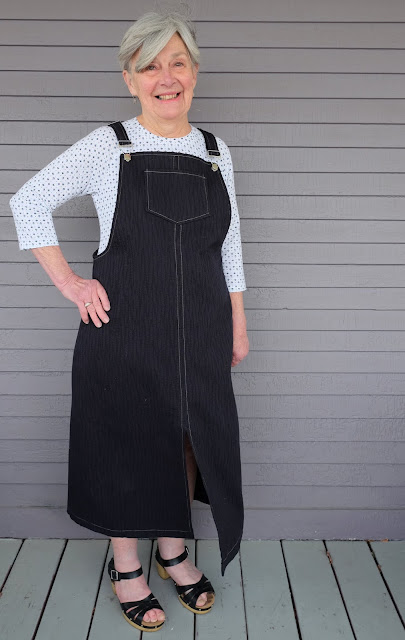 For fabric, she used a cool textured cotton woven with a hint of stretch. She bought it at her favorite fabric store, the Auburn Fabric Outlet, which she calls the "$1.99 store," although now it's really the $2.99 store... you know, inflation. Everything in this shop is $2.99/yard, which is pretty amazing. I think the selection can be a bit odd, but there are often gems. 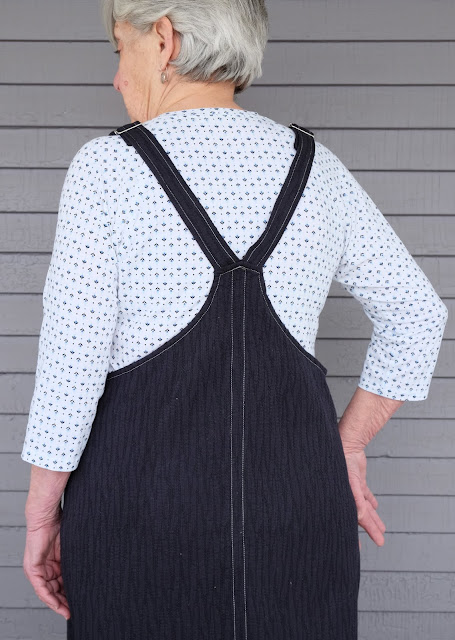 We argued over whether the fabric was black (me) or a deep navy (mom, and apparently the Auburn Fabric Outlet staff). I still think it's black. Either way, my mom chose a silver grey topstitching thread to stand out against the dark background. It looks great! 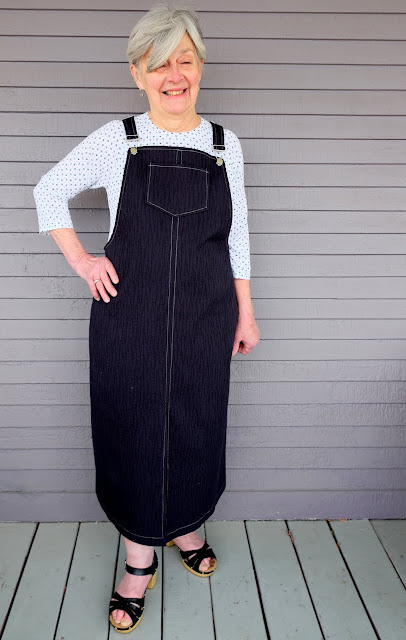 To pair with her Cleo, she chose some slinky rayon jersey fabric from my stash (you might remember it from the Thread Theory Camas blouse I made years back). I sewed her a Frankie raglan t-shirt from Tilly's "Stretch" book. It's a size 4 graded to a 6 at the hip, the 3/4 sleeve. It's a bit hard to see in these photos, but it turned out great! 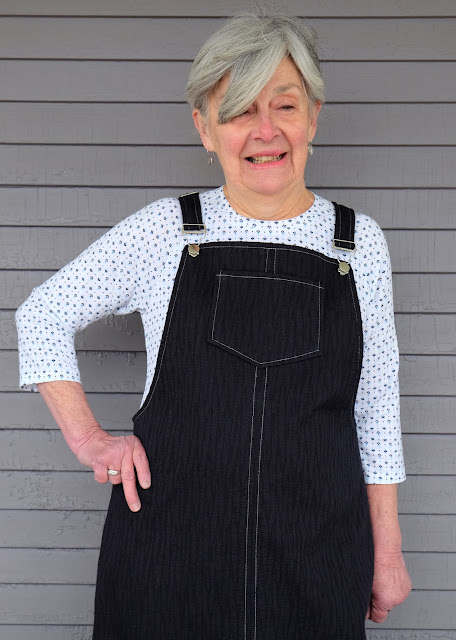