Have you seen Jalie's latest collection?! So many fabulous patterns! 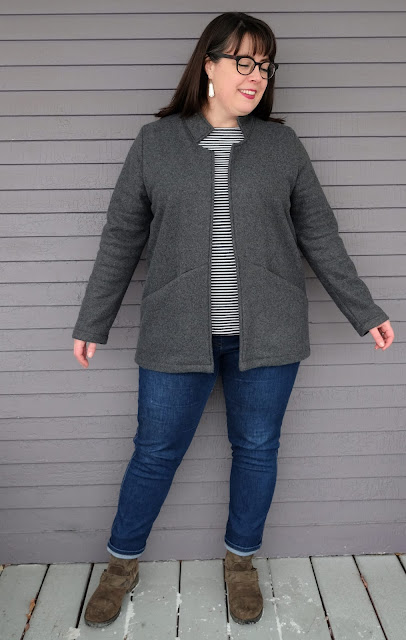 It's been a long time coming, but I'm excited to share my tester version of Jalie's Tania Coatigan. 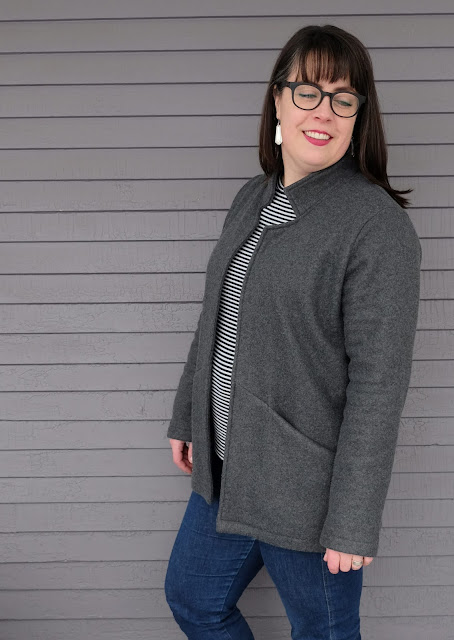 As you can see from my hair and the sprinkling of snow in these photos, this test is from several months back, and I've been wearing the heck out of this awesome coatigan since! 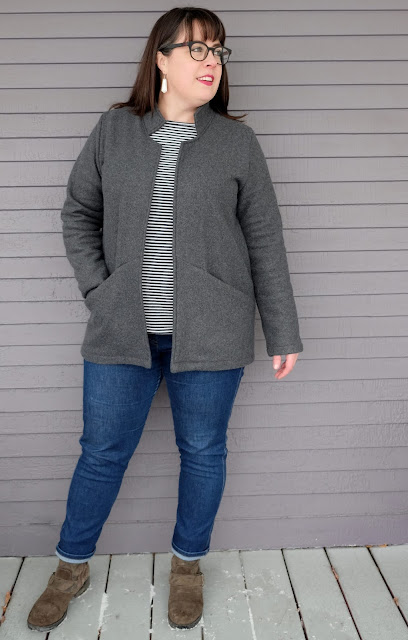 The Tania Coatigan is an open-front, relaxed-fit, unlined blazer that can be worn as a cardigan. It has fabulous in-seam pockets in diagonal seams across the front, and a lovely flat, notched, easy-to-sew collar. It hangs open, with no closures, and is incredibly quick to sew! 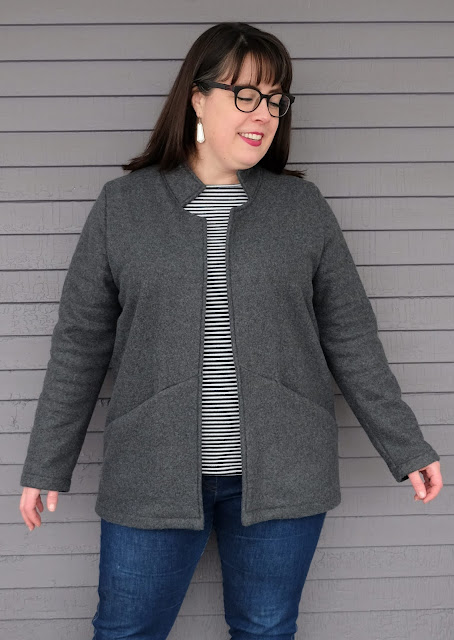 My version is made from none other than no-pill fleece from Joann Fabrics. I had some in my stash, and gave it a go for this pattern, which can be made from stable knit or linen. 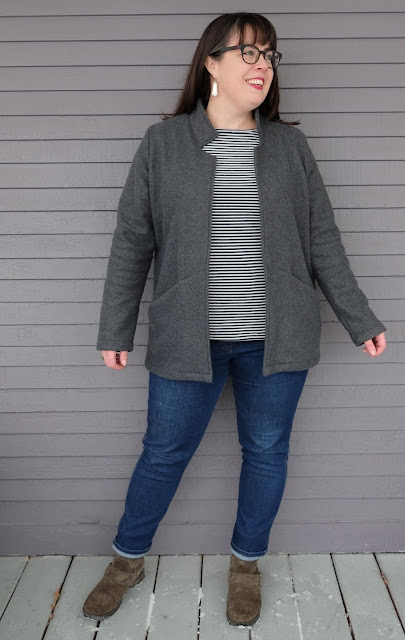 I really love how it turned out! I wore it regularly throughout the winter. The fleece looks fancier than it is when sewn up into a Tania... it looks sharp and chic. 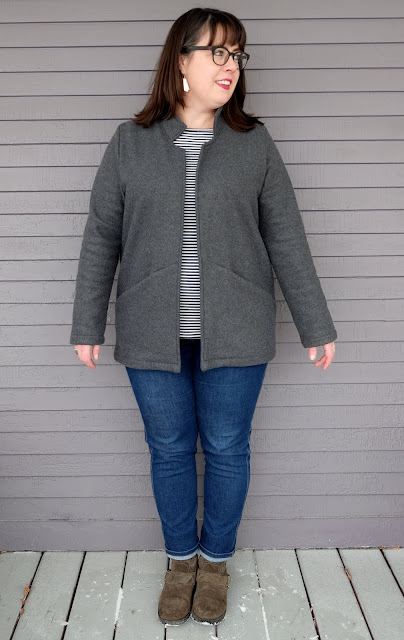 I'm really looking forward to making the Tania in a higher quality fabric like linen- it will be unstoppable then! 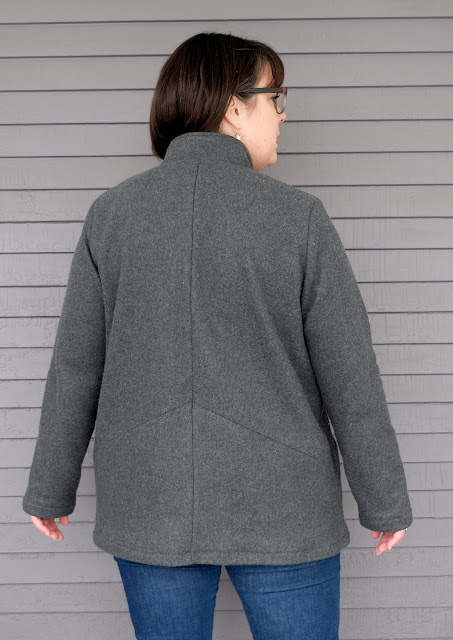 I love how the diagonal seaming of the front is mirrored on the back! That consistency makes me happy and I love the potential for colorblocking. I gasped when I saw the purple and black colorblocked Tania on the pattern page! So cool! 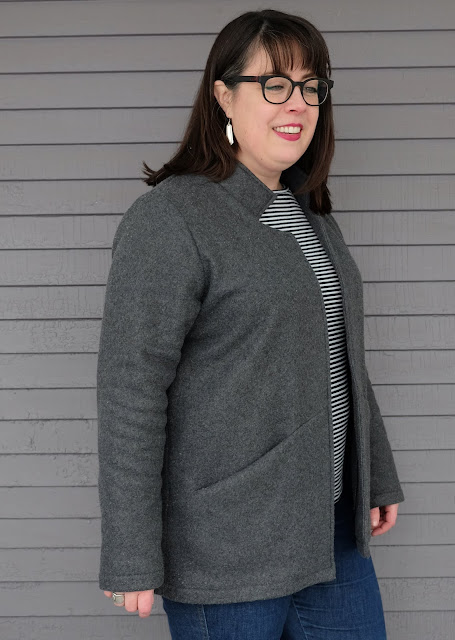 This is Jalie size AA, which worked out great - I'd say it's true to size. I appreciate that all Jalie patterns run the gamut from kids sizes through a 51" bust, 54" hip. 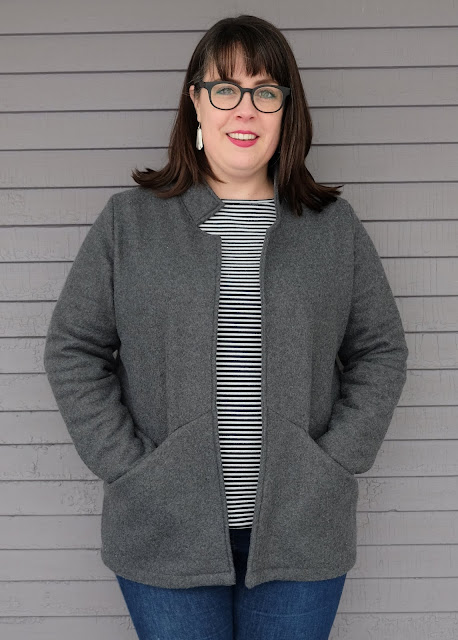 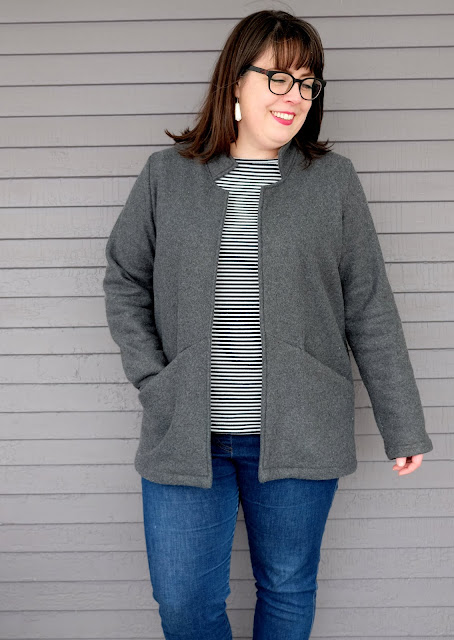 If I had to make one complaint, I'd say that, after wearing it for several months, I noticed that when my hands are in the pockets and the breeze blows, the front sides of the Tania coatigan billow out, but the pockets (with my hands inside) stay in place.

I might consider extending the pockets in length a bit so they get caught up in the hem. This is me being very picky, though. 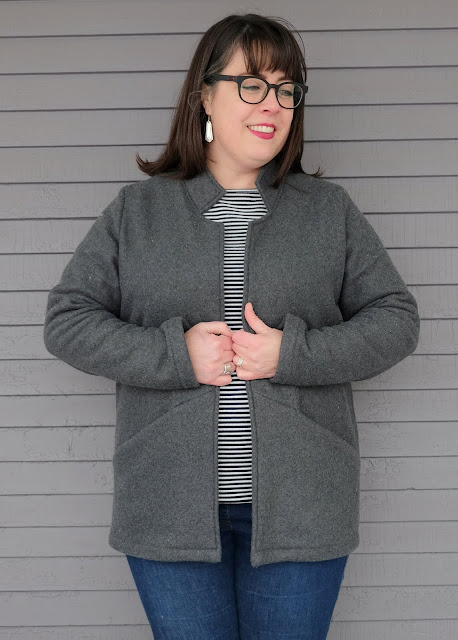 Otherwise I'm pretty chuffed with my Tania coatigan... such a great wardrobe staple! 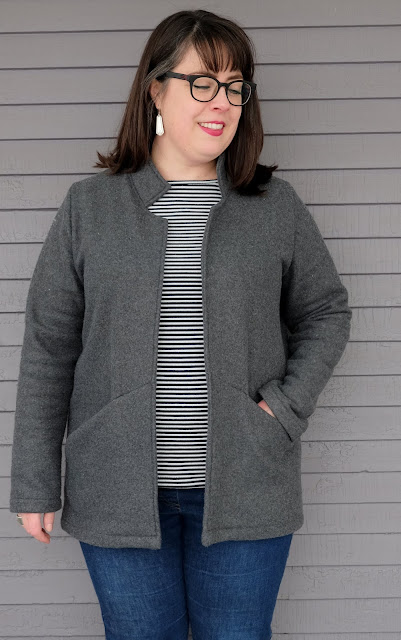 Which pattern from Jalie's latest collection caught your eye? 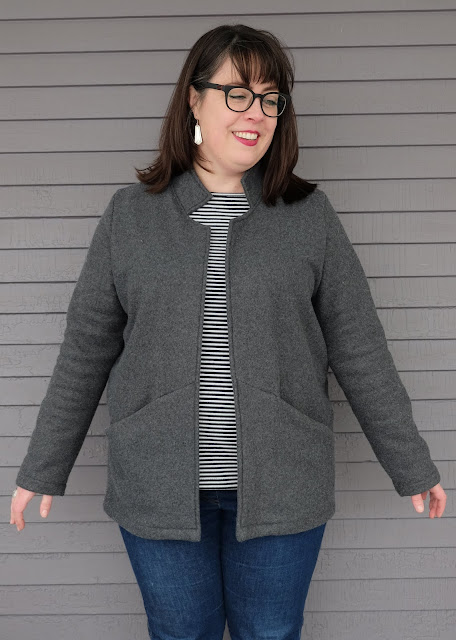