I can't remember how I stumbled on Lauren Dahl's blog and her brand new sewing pattern, the Soleil dress, but I do know that it was love at first sight: how cute is this dress?!  I love the little opening in the back and the pockets.  Check out all of the cool versions from her pattern testers.  I snapped up the pattern immediately after it was released and set about making it for Anna, whose birthday quickly approaches. 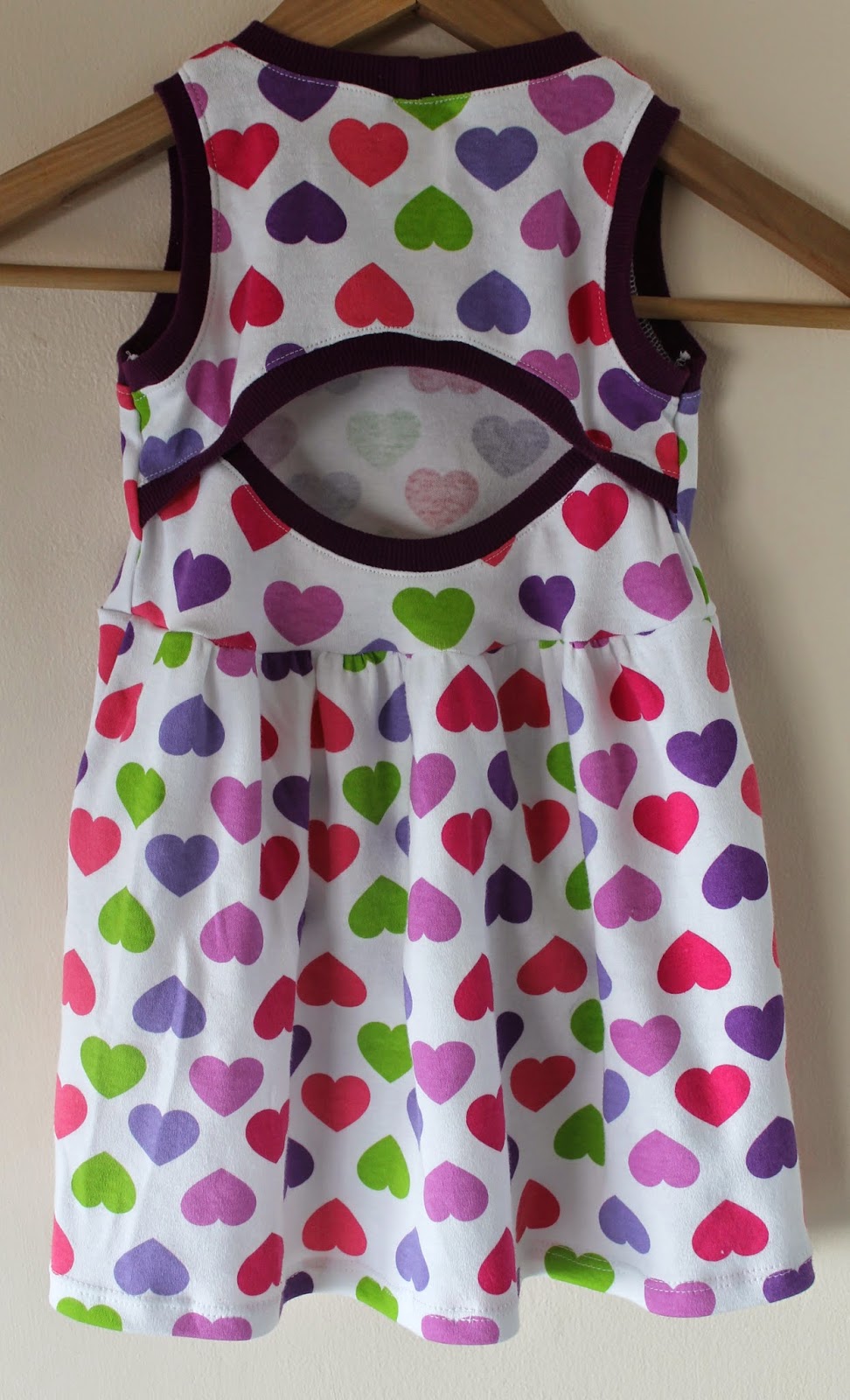 I used two fabrics from Joann, both of which I've used before (both Bimaa sweaters: hearts here and purple rib here).  They don't exactly match, but go well enough!  The purple was all I had in my stash for ribbed fabric and I haven't seen any ribbing around Bangkok (not to say it doesn't exist, I just haven't found it yet), so that's what I went with.

The pattern was pretty easy to put together; the directions were very good!  My only complaint: I found the guesswork about how much or how little to stretch the ribbing to be a little perplexing.  Without a kid at hand to try the dress on, I'm not sure how successful I was, but we'll see!  I ended up putting in the arm binding flat, but the neck binding in a circle.

I did have some trouble with attaching the skirt: my serger was overwhelmed by all the gathers and decided to retaliate by eating the dress.  Uuuuugggg.  After I carefully picked the dress out of the machine (it was wrapped around both loopers!), I was eventually able to re-serge it.  I think I may have stretched out the waist band something awful, though.  We'll see!  Hopefully it's still wearable for Anna!  Looks pretty cute on the hanger, eh? 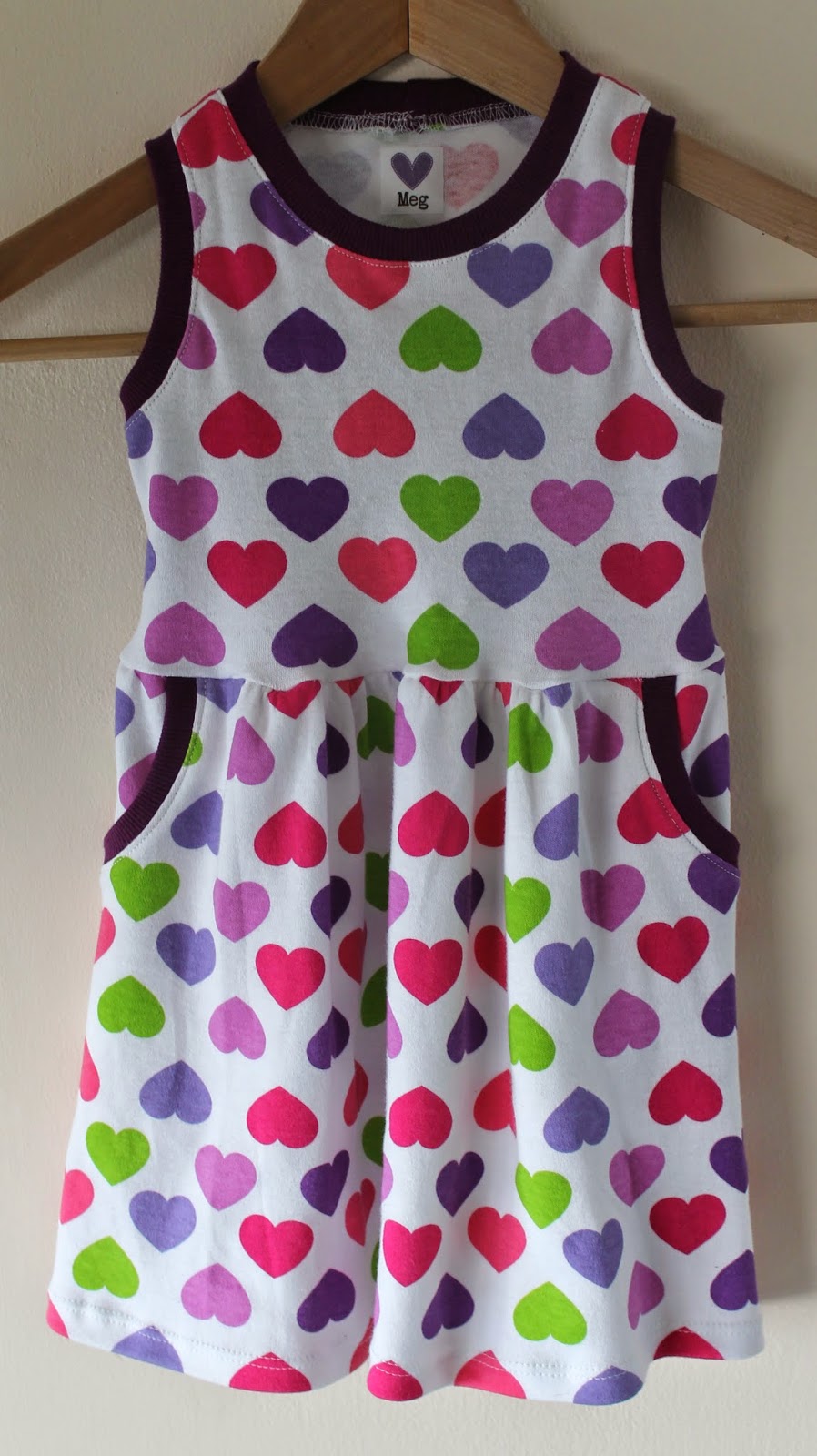