Under the wire here for Made by Rae's Spring Top Sewalong: Simplicity 1666, the Lisette Attache peplum blouse! 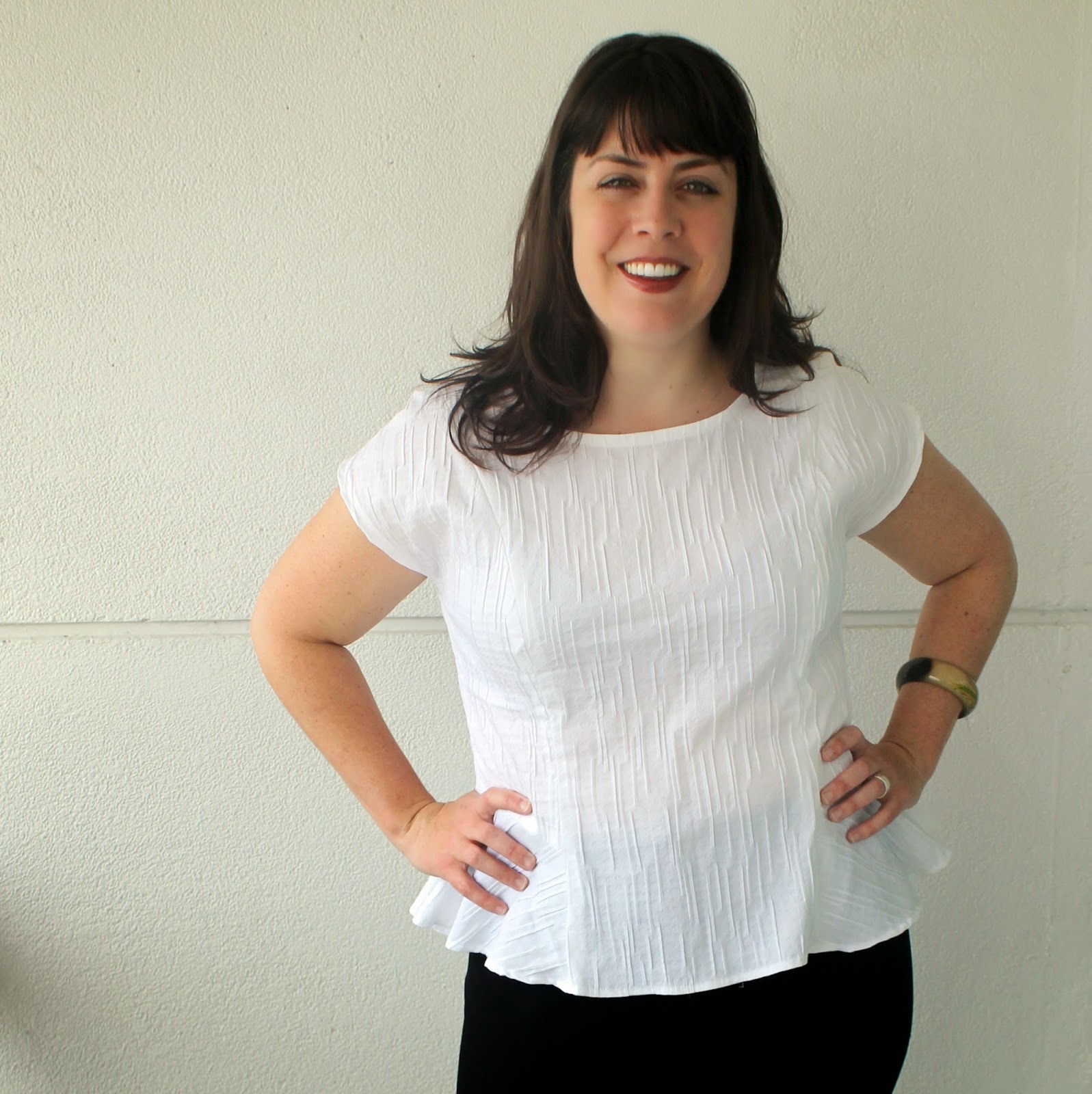 Still on the hunt for a great white blouse, I opted to sew up the Attache blouse in the same slightly stretchy, textured white woven fabric from Bangkok's Chinatown that I used for my version of Liesl and Co's Weekend Getaway blouse (blogged here!).  This time the fabric was a much better fit with the pattern, though.  Fabric choice: it matters!  (A fact I have learned the hard way a few times.)

I always worry about sheerness with white fabric, so I skipped the facings and used store-bought bias tape as a facing instead.  The sheerness factor may become problematic with those princess seams, though... the seam allowances show through, which is fine because it shows the nice lines of the pattern, but the ones on the curvy part of the bust won't lay flat.  I pressed them open.  Should I have pressed them to one side?  Hmmmm. 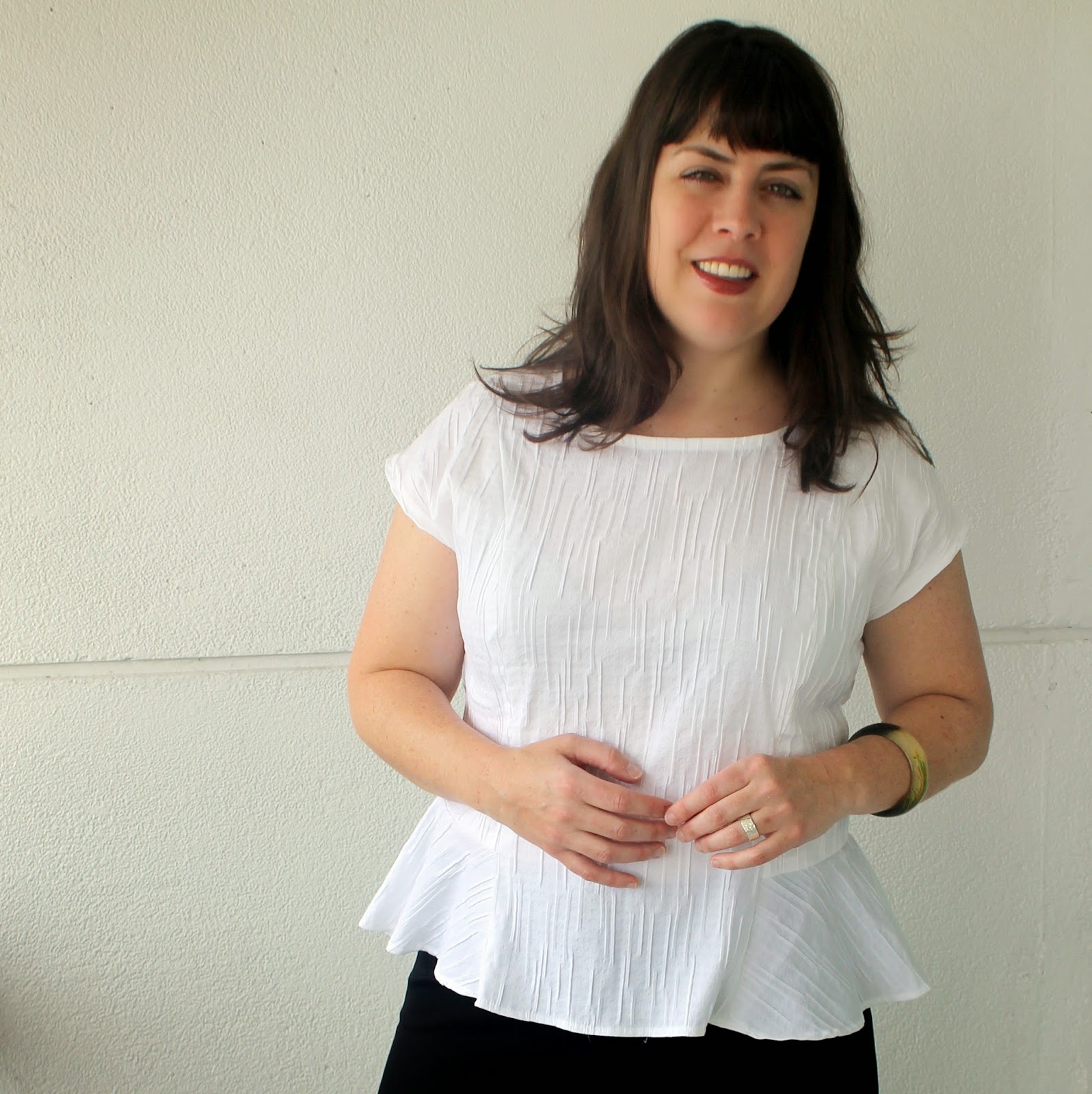 Since my fabric was stretchy, I skipped the zipper and cut the back piece cut on the fold, minus the seam allowance, mais oui.  I think, perhaps, that one might be able to get away with no zipper even for a non-stretch fabric (but don't quote me on that). 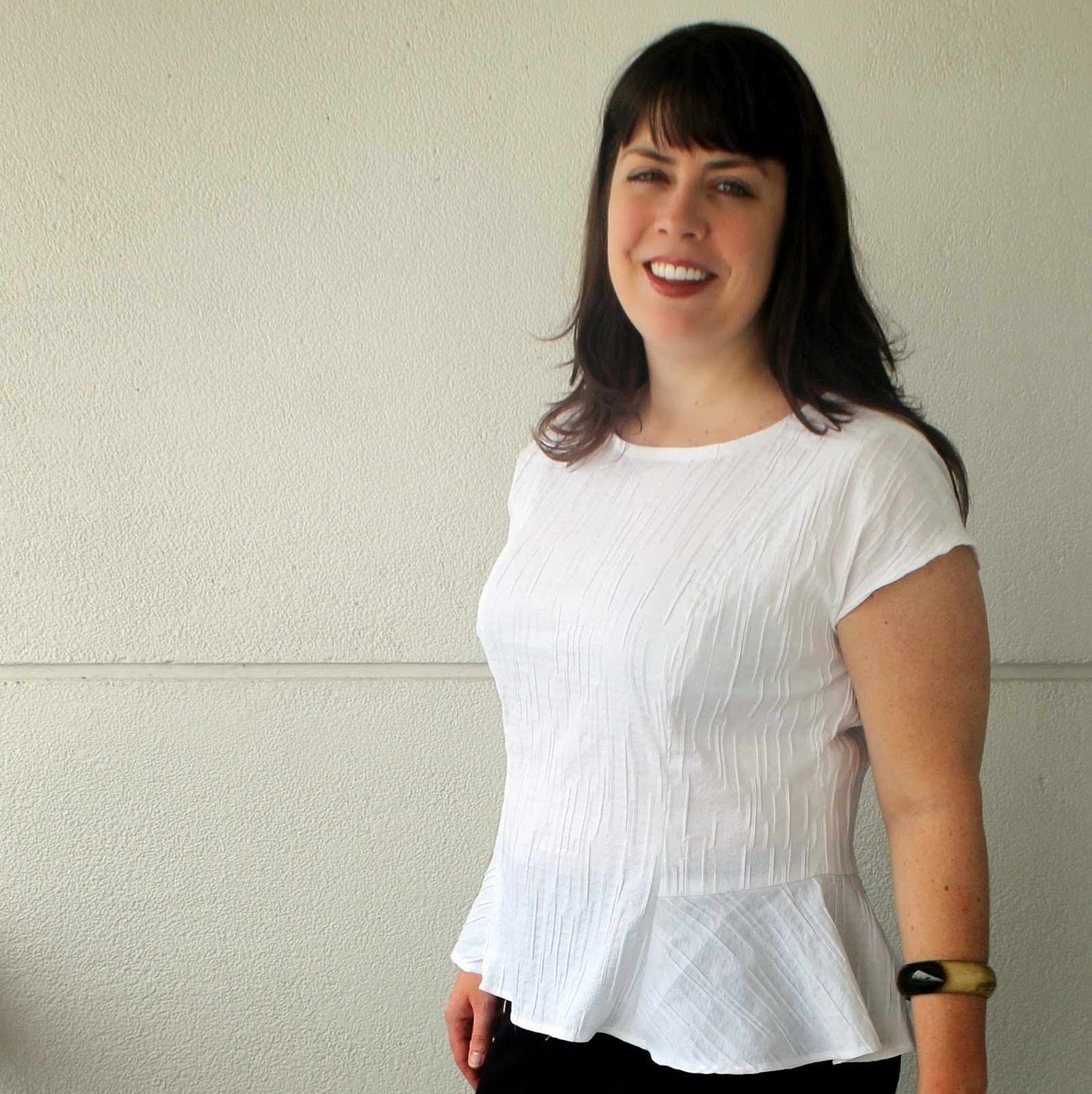 I love this pattern!  I like how the front and back are flat, but the sides are peplum-y!  It looks kinda neat with my fabric choice because the texture runs vertically on the bodice portions and then diagonally on the bias cut peplums.  The pattern is super easy to put together, too.... I am definitely considering making the dress version, too, which looks like a great basic.

Also, this happened during the making of this blouse: 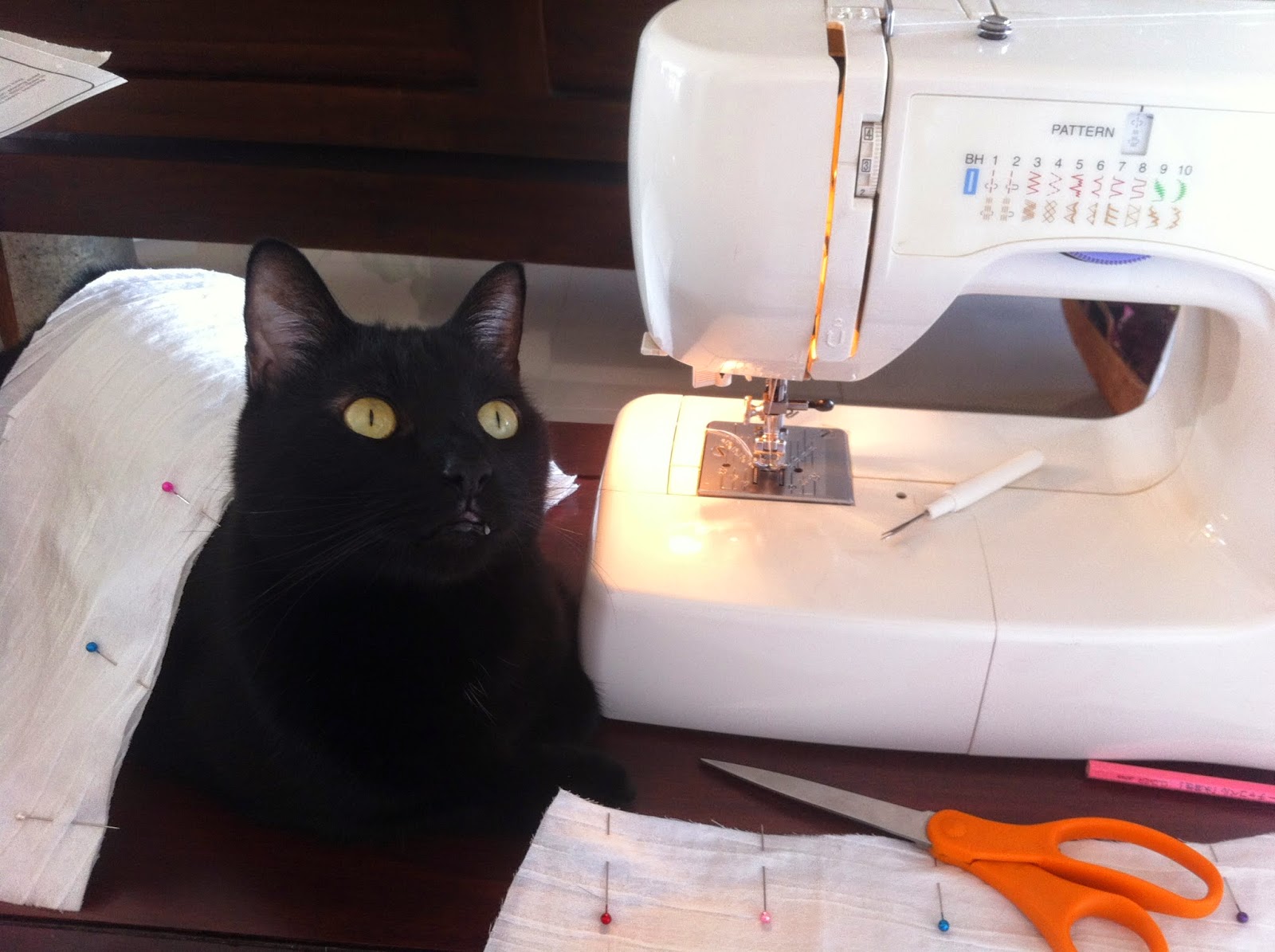