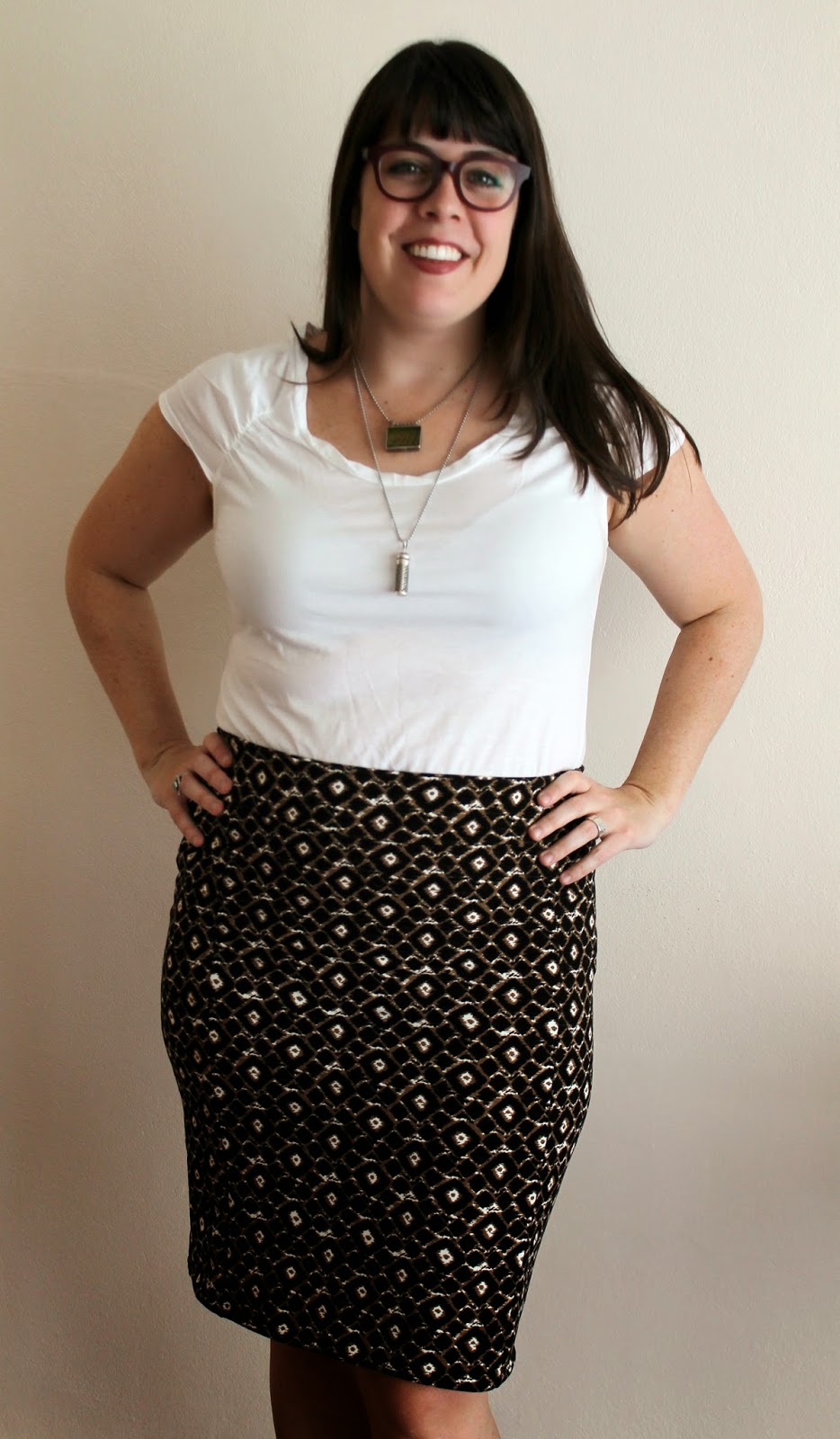 After my first Colette Mabel skirt came together so quickly and fit so nicely (until my fabric crapped out on me with its lack of recovery: be wary of french terry!), I was jazzed to sew up another one post-haste. Luckily I still had ikat ponte (care of Girl Charlee) left over from my Anita pants and there was enough for a Mabel.  Really, enough for two Mabels... this pattern uses so little fabric. Scraps, practically!

Having worn my Anita pants a couple times, I knew this ponte was likely to be a better fabric choice for Mabel because it doesn't get stretched out of shape easily like the french terry I used for my first Mabel. This one worked out better than my last since the fabric has such awesome recovery... nice and snug. Snug enough that I felt I had to ask Tim if he thought it was still appropriate for work.  But I love it!  Keeps all my bumps under wraps.

The only problem is that the kick pleat would not lie flat.  After hemming the skirt with my twin needle, the kickpleat stuck straight out and this ponte refused to be pressed.  Sigh.  So I pinned the kickpleat down, walked around in the skirt to make sure I could (no problems there with the stretch fabric), and then ultimately chopped the kickpleat off, sewing the back seam straight up.  Worked out fine in the end!:
I love this version of the skirt.  Comfortable, slick, animal-print-esque without being animal print... good stuff! 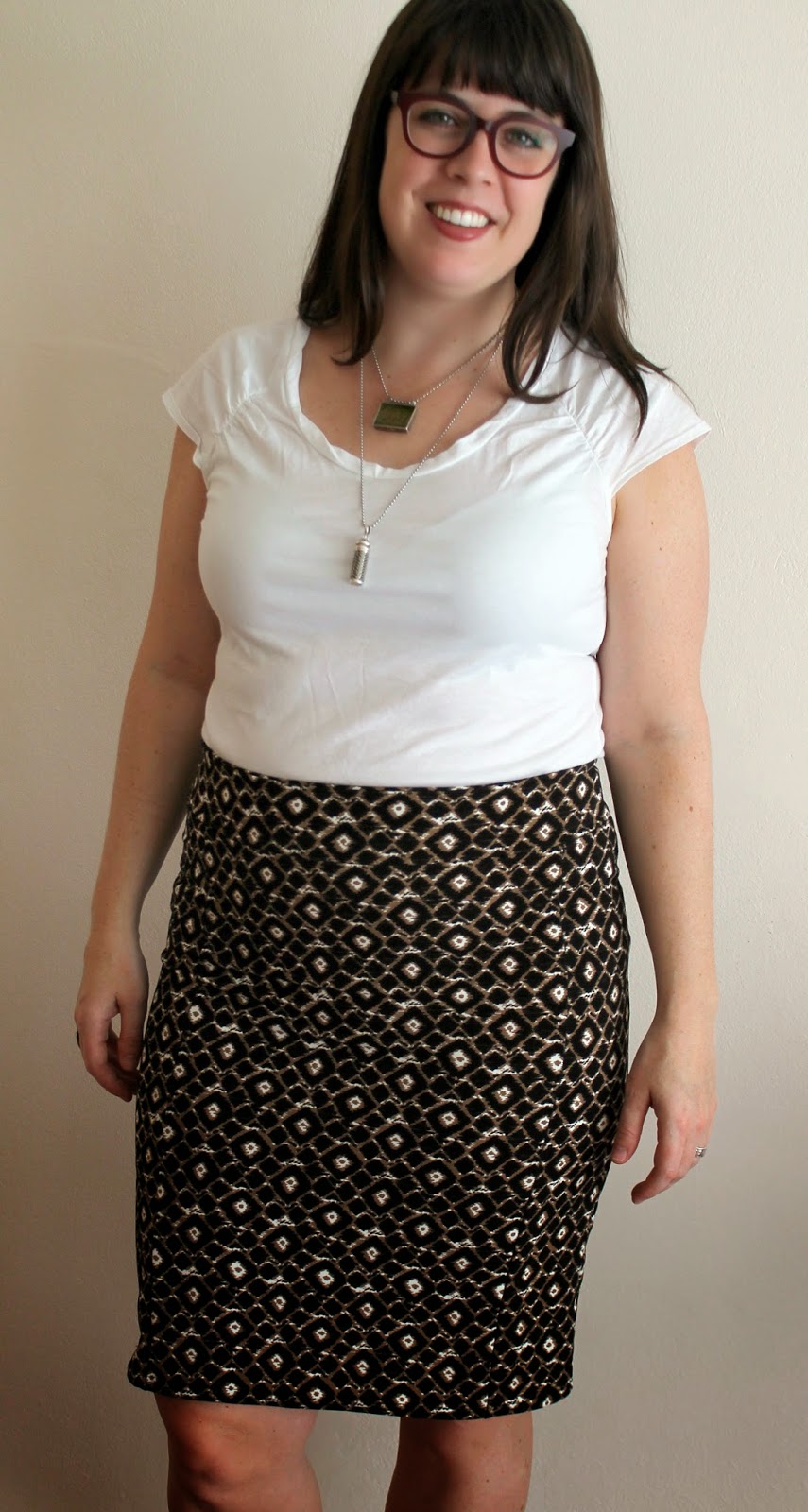