I was quite excited to be chosen as a pattern tester for the brand spankin' new Hudson Pant pattern just released by Kelli at True Bias.  I admire Kelli's casual chic style and envy her Botticelli-esque hair, thus I was totally pumped to hear she was coming out with her own sewing pattern...  plus, stylish sweatpants?  Yes, please!  My overworked yoga pants breathed a sigh of relief upon being replaced in my weekend line-up by the Hudson pant. 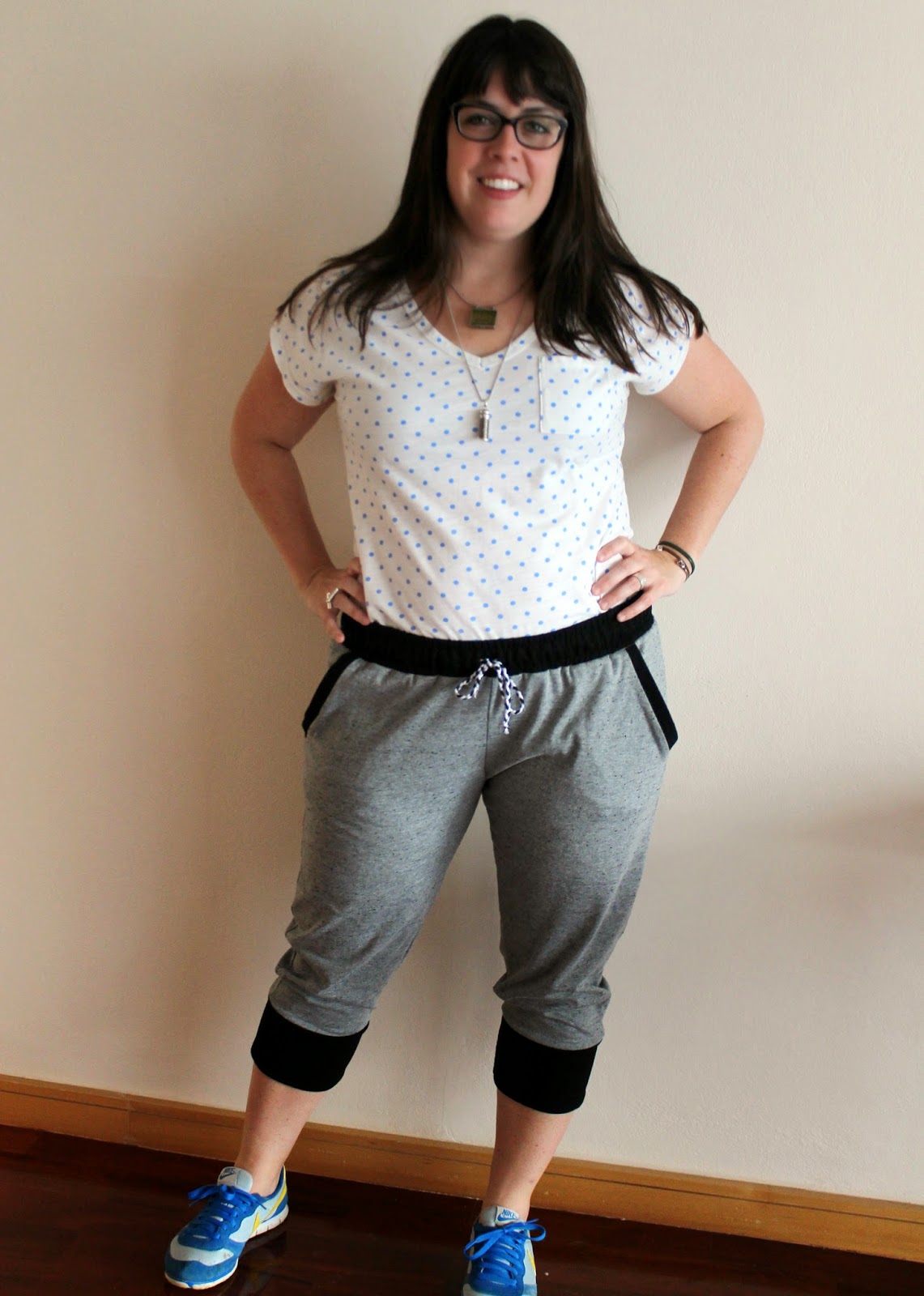 I sewed up the cropped/calf-length version of the Hudson pant, figuring I would get more wear out of the shorter ones here in Bangkok where rainy season is ramping up, necessitating short pants.

For fabric, I went with a fairly stable jersey knit (the same nubby grey I used for Tim's Strathcona tee) for the main part of the pants and a black french terry (same as my Mabel skirt) for the waistband, pocket detail and calf bands.  Perhaps, in retrospect, I should have used something with better recovery for the calf bands, as they get a bit saggy after wearing... 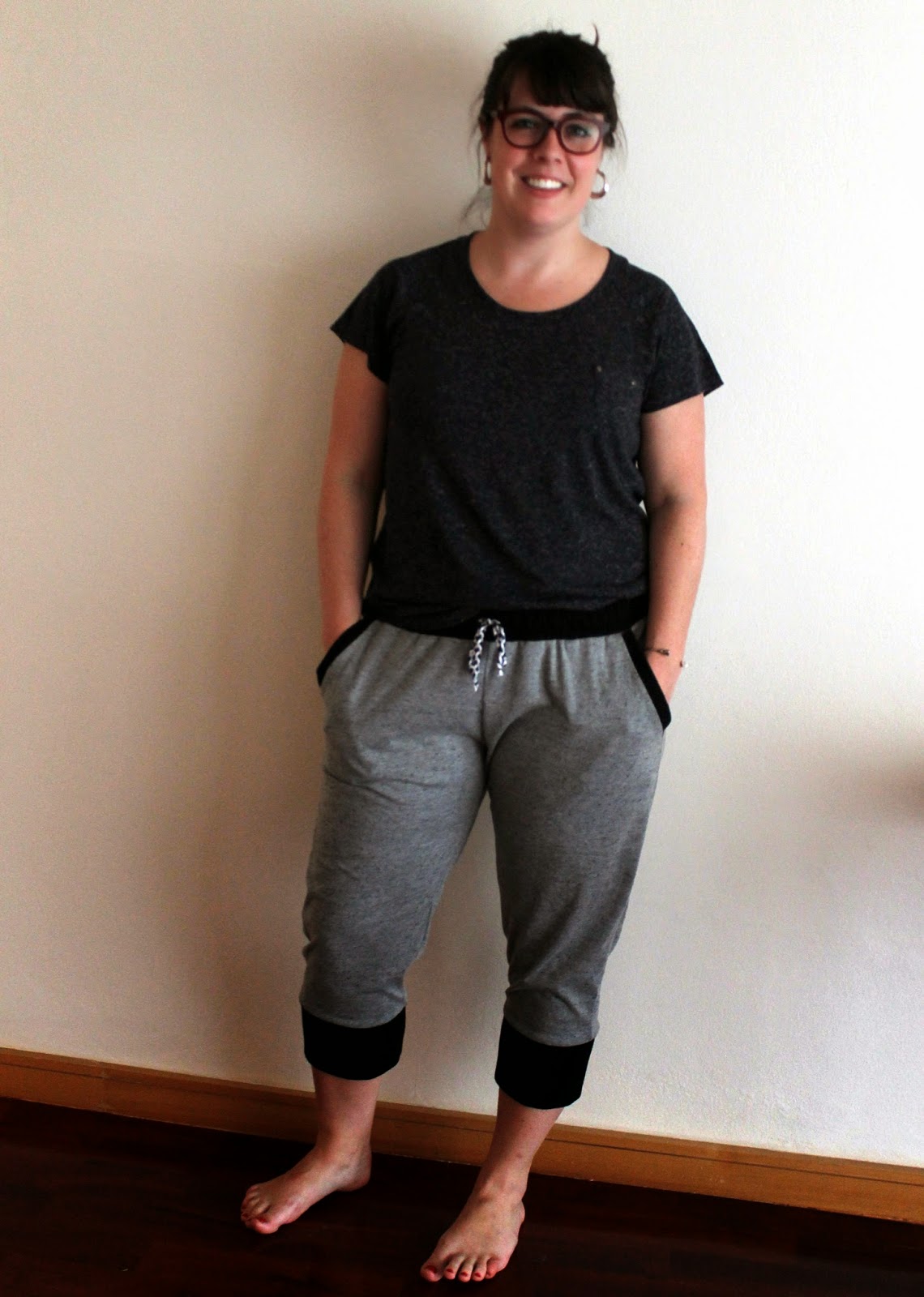 I found the pattern to be really easy to put together: the instructions were great, the pieces seemed to come together easily and as described, the fit was spot on based on my measurements as compared to the chart...

When testing, I only had a few things that I found could be improved, the main two being that the numbers and circles used to line up the pattern pieces could be darkened to make it easier to tape together and that the pockets were a bit bunchy/sticky-outy (I realize that is not a word, but for the life of me could not come up with a better way to describe it!).  Kelli has made updates to the final pattern to address both of these things, which is great, so I plan to make another pair in the near future! 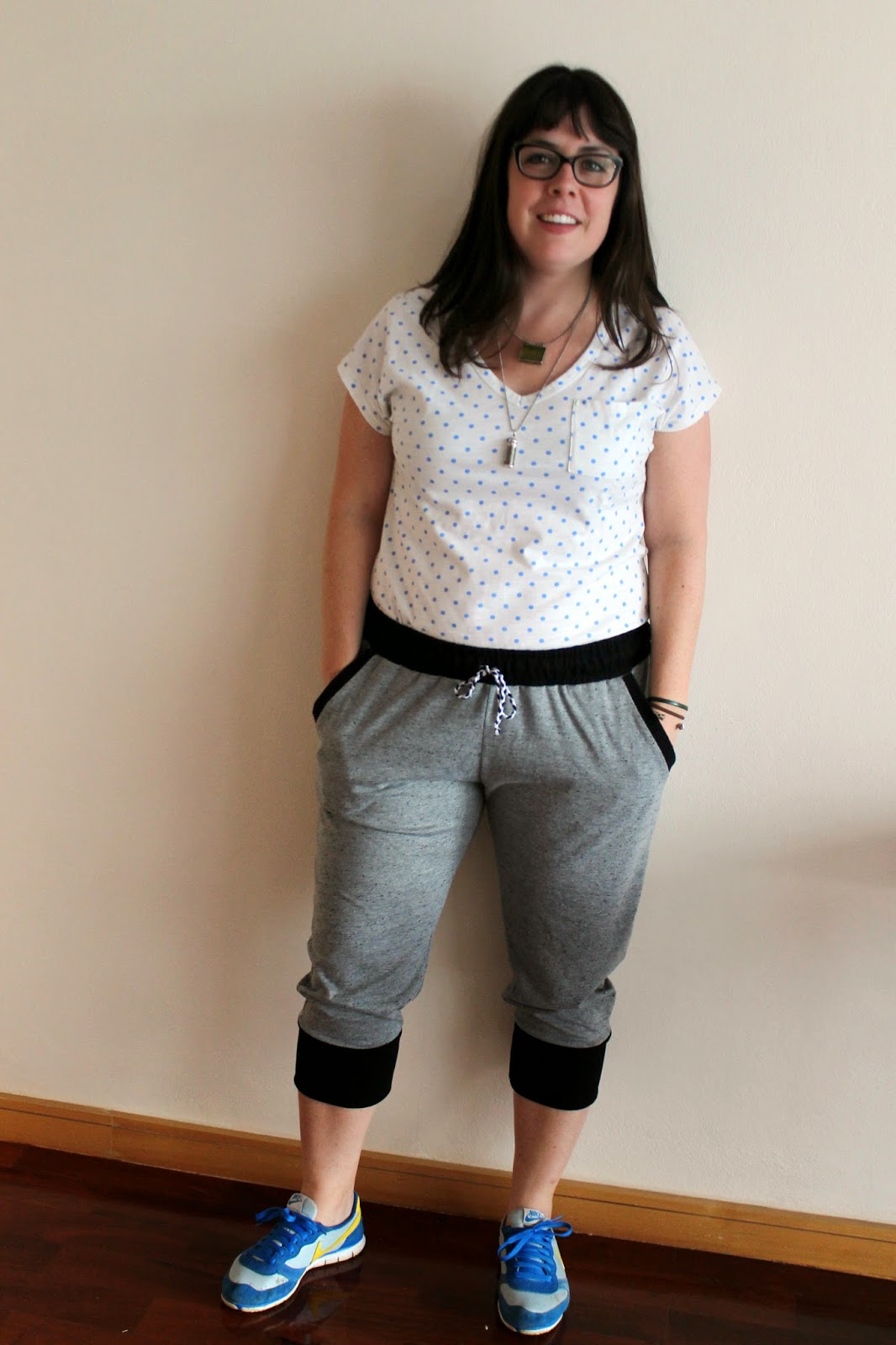