Tim has become increasingly jealous of the linen wardrobe I've been cultivating of late... 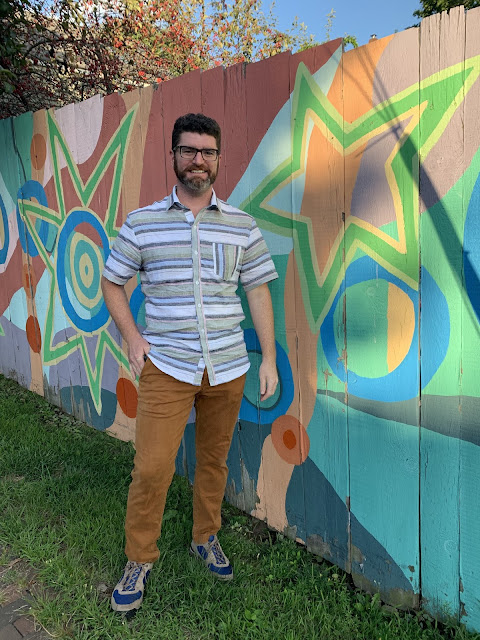 Earlier this year he requested his own linen shirt. It took me all summer for some reason, but I've finally granted his wish. 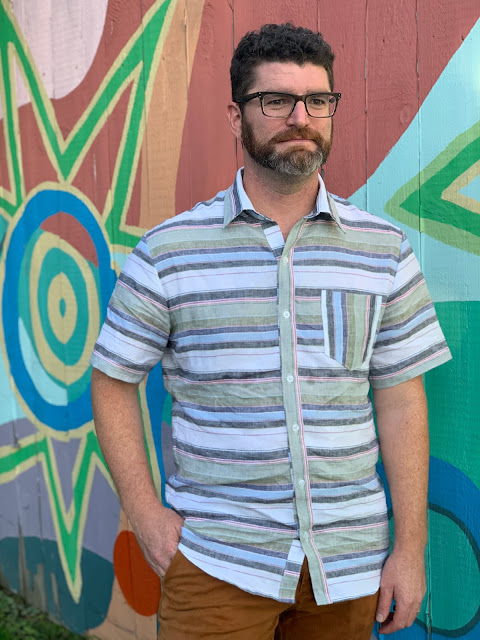 I used some striped linen I had bought on a whim at Joann this spring. Initially I bought it for me, but ultimately decided that the colors were better suited to Tim. 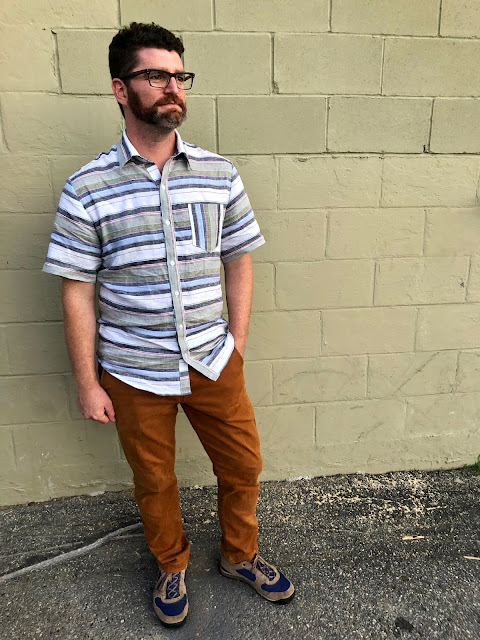 As usual, I used my TNT pattern for Tim's buttondown: McCall's 6044. We're approaching 20 times I've sewn this pattern for him! 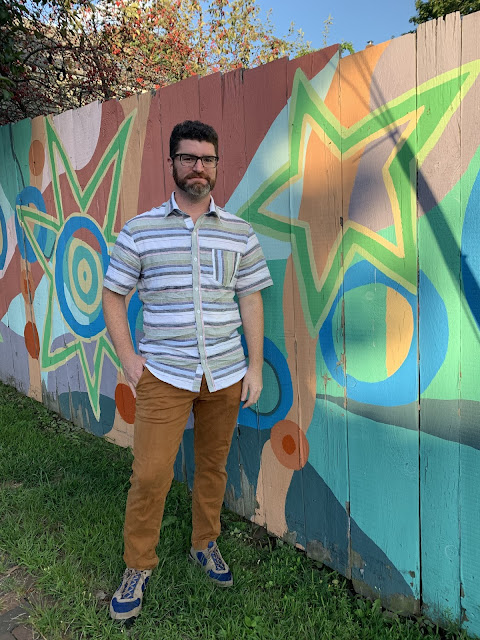 The short sleeved version is particularly quick to sew, so I whipped through this one in no time. The most time-consuming part was aligning the stripes on the shifty linen. 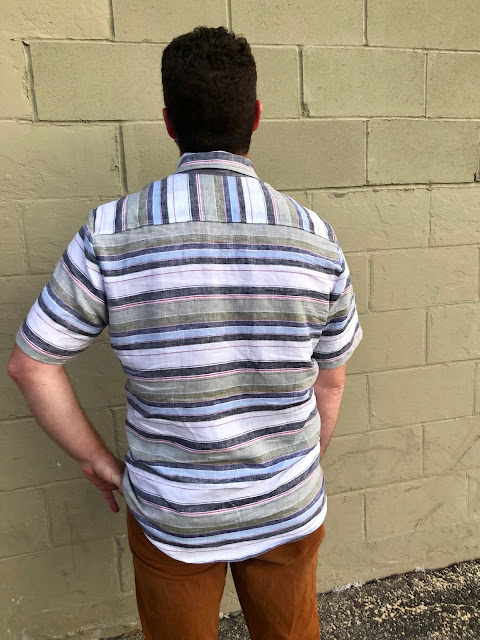 I cut the shirt on the cross grain because the linen stripes were vertical and I wanted them to be horizontal. I did play around with the stripe direction on the button bands, pocket and yoke. 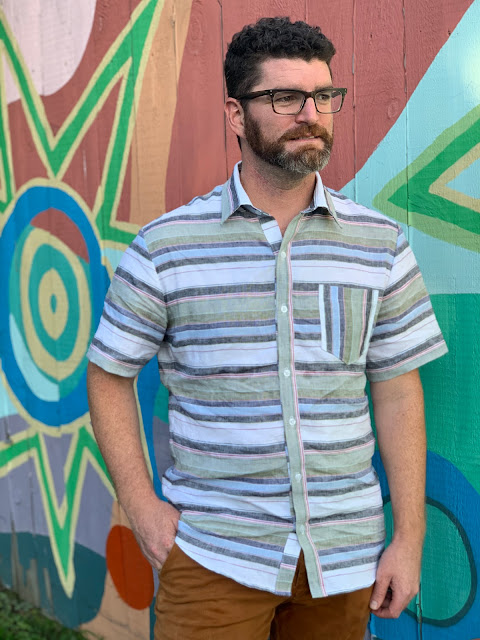