My mom really liked the Hey June Tallinn sweater I made for my sister and dropped a few not-subtle-at-all hints that she would like one, too! 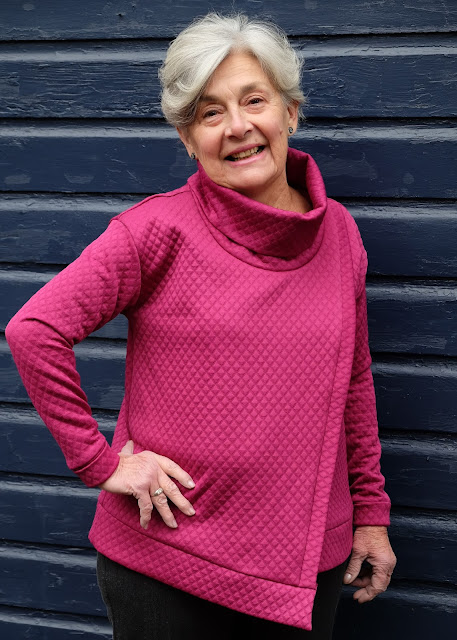 Lucky for her it was her 70th birthday and she had just finished knitting me a sweater, so I owed her big time. ;-) 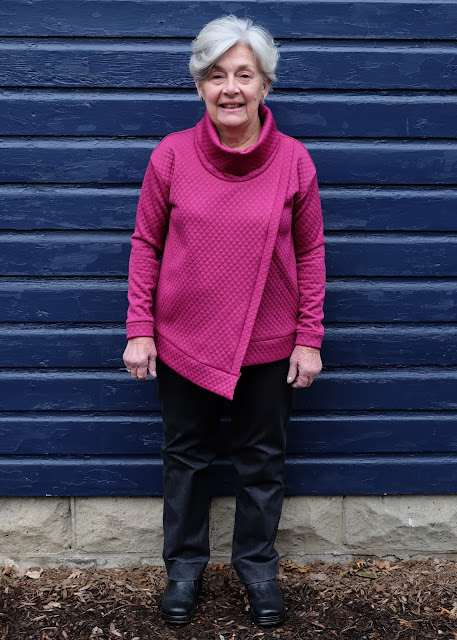 For my mom's Tallinn, I went with the same size I used for my sister: a medium at the shoulders/bust graded to large at the hip. For my mom, though, I shortened the sleeves by 2 inches. 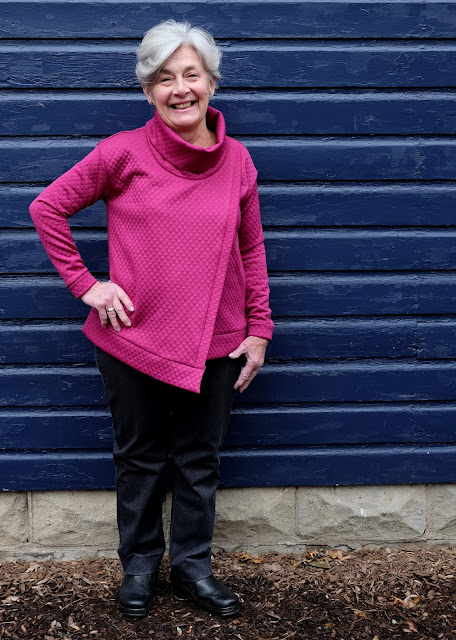 The fabric is this boysenberry quilted knit from Joann. It feels almost like a ponte that's been quilted... I was concerned it might look cheap because of the poly content, but in real life it actually has a nice sheen to it that dresses it up a bit. 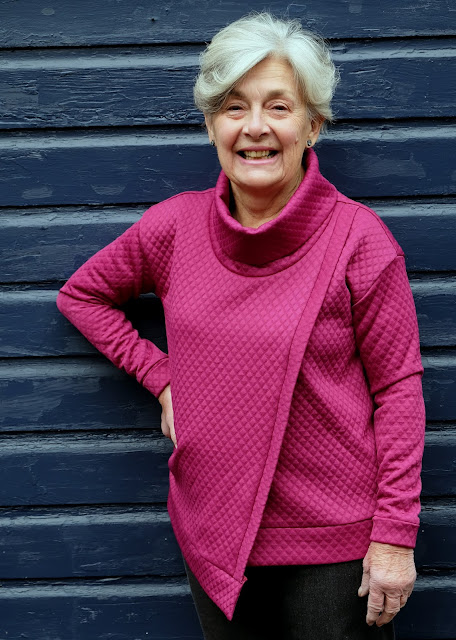 We found that the sleeves are a little bit tight because of the lack of stretch in the fabric. Not awful, but it won't be easy to layer this over another shirt. I think she can still squeeze in a thin base layer under there, though! 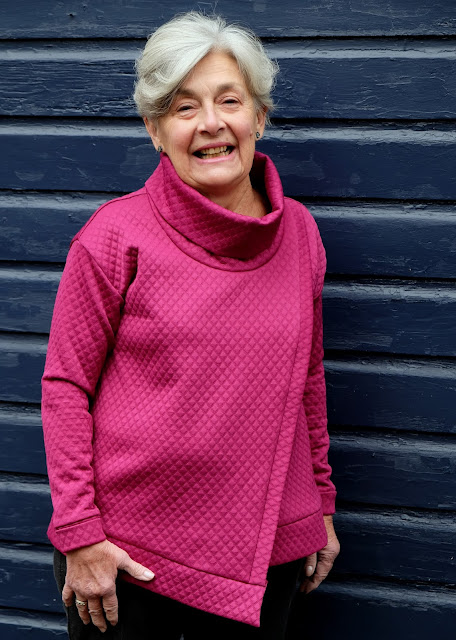 After making the sweater, I worried that the fabric was perhaps a bit thick/stiff for this pattern (apparently I do a lot of worrying). But seeing it on my mom, I quite like how it hangs on the body! The cowl neck is certainly quite different from the drapey sweater knit version I made my sister, but I like how it stays standing up. 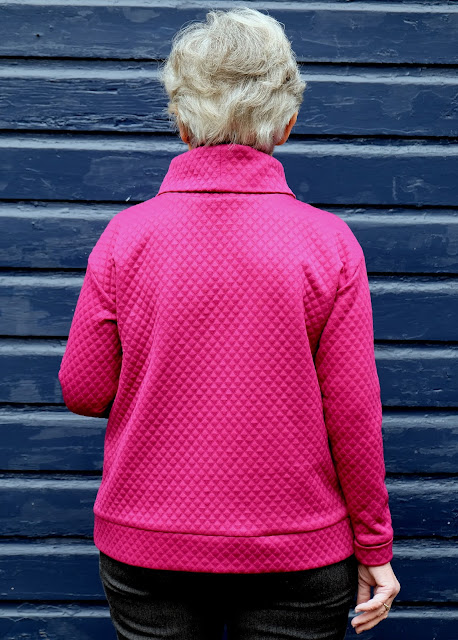 I think the Tallinn may be a TNT for me now... after 2 versions for myself (here and here) and 2 versions for family, I'm thinking it's a go-to pattern! 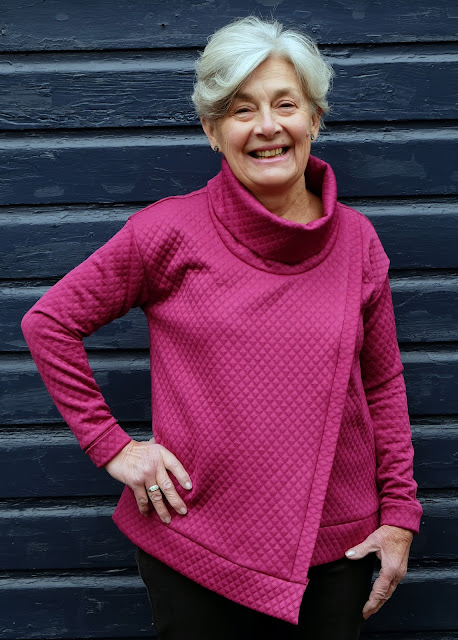 And I think she likes it, which is the most important thing!
Posted by Meg at 8:21 AM